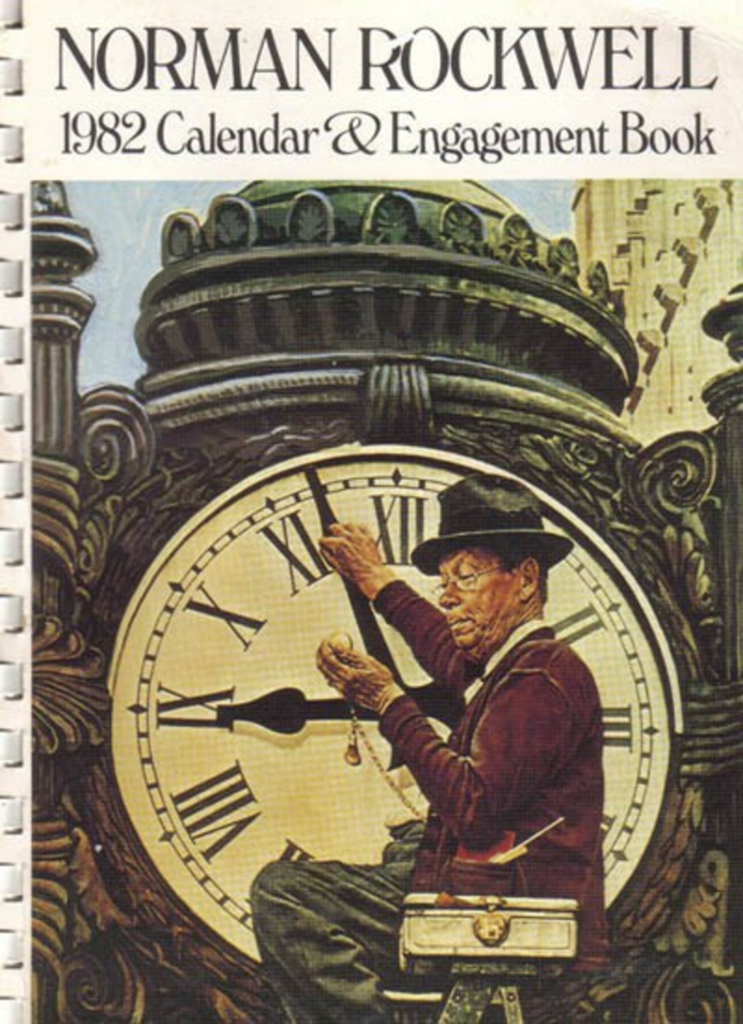 In January, your Crap Archivist dished in this space about the woman affectionately dubbed Ms. Rockwell, a mysterious diarist whose 1982 datebook allowed us an enticing glimpse into the joy and tumult of a young woman’s life — as well as the Kansas City of 27 years ago.

There were thrills: drinks at Fred P. Ott’s, dinner at the Pam Pam Room, a job amid the glamorous set at a Plaza hotel. There were triumphs to cheer: the dieting, her jogs up and down Ward Parkway, her habit of abbreviating dinner as “dins.” And there was suffering: Clark’s DWI! That trip to Fort Worth where her weight — charted in her journal margins almost every day of the year — leapt nine pounds in three days! The long day she sat through On Golden Pond!

We discovered a young woman on the cusp of adulthood. She had a real job and her own apartment but still called her parents’ house “home.” She lived with her friend B.B. and had recently become an assistant personnel manager, a position that included, among its responsibilities, the oversight of payroll. (“Ugh!” she writes.)

When we last peeked at the book, spring had begun to come on, and Ms. Rockwell’s entries were growing richer in detail. We hoped that our Ms. Rockwell might flourish in love just as she was flourishing as a diarist.

Twenty-Seven Years Ago This Month

In the first weeks of April, Ms. Rockwell’s calendar thickens with events. She and her mother enjoy a shopping spree, hitting Loehmann’s, Country Mouse and Marshall’s, and scoring three dresses and one skirt. On April 3, between visits with “Becky” and an aunt, Ms. Rockwell switches her closets from winter to spring. April 7 brings snow. Two days later, she buys her parents garden tools from Dolgin’s and then bakes a pie.

Easter weekend finds her at Royals Stadium (the Royals beat the Tigers 5-2, with two perfect innings from Dan Quisenberry), sunbathing after church and eating with her parents. The sunbathing quickly swallows her life. By her record, the next weekend includes more than five hours in the sun. That week also contains a major revelation:

jog — hills by myself

A pie-baking woman with a moped. What isn’t to love, Kansas City?

As the days heat up, Ms. Rockwell continues to tour local restaurants with a zeal that would impress Walt Bodine. She visits Coco’s, Butterfluff, Plaza III, Uno’s Pizza, Winstead’s, Stroud’s, Whopperburger, R.G. Maxwell’s and many others. She makes up for it with the jogging.

A Summer of Sadness

As always, Ms. Rockwell seems of two worlds, a young woman at home with the Plaza set but also at ease at the Taco Via counter or scarfing a QuikTrip breakfast on Mother’s Day. Her party habits reinforce this impression. Just a week after writing “formal at 103 w/ mom,” she and B.B. host a Saturday-night kegger.

Meanwhile, her friends’ weddings and showers clog the weekends. And though Ms. Rockwell occasionally admits to a crush or identifies a young man as “cute,” there’s no mention of dating in the first half of 1982. She never complains about this; her love life just seems to be in a building (or rebuilding) phase.

This probably made all those receptions a little awkward.

In June, the high spirits of the spring ebb. She frets about the Monday payroll, accuses herself of “pigging,” endures a cold, braces against summer storms and power outages, and gets pulled over doing 39 in a 25.

Then, in July, the sadness comes. On the second day of the month, she writes, “Don’t feel like jogging anymore — just eat normal — sick of trying.” Of course, she seems not to have taken into account just why she might have felt so listless: She had given blood that very day. Even a night of Plaza ice cream and facials with friend Becky doesn’t help much. The next night, a Saturday, Ms. Rockwell stays in. And Independence Day is a heartbreaker:

Between “cried” and “don’t know why sad” she draws a frowny face.

Fortunately, there’s a time-honored solution to this kind of ennui, one that Ms. Rockwell wisely allows herself:

Better still, she writes, after that night’s Fourth of July party:

There’s hope! Even better than ice cream is the healing power of a crush, that tingle of possibility that comes when you dare to let yourself fall a little.

And a Summer of Romance

Like most crushes, however, this one seems to go nowhere. That doesn’t mean it’s unimportant. Without a crush to hold on to, the next weeks of Ms. Rockwell’s 1982 might have been even harder. While many of her co-workers enjoy the post-holiday Monday off, Ms. Rockwell is back at payroll: “Long, long day — there until 9.” Her weight worries continue — she fights for 111 but averages 114 — and by the third week of July, she’s drinking more and staying in, even on the weekends. She writes, “Spent night at home — drunk.”

She kicks off the month with a new diet (her second of the year), catches Kool & the Gang at Worlds of Fun, and makes headway on transforming her apartment into a home. Not long after picking up a sofa at Macy’s, she drops $70 on a flea-market quilt.

If only the atmosphere matched the new furnishings.

August 8: “BB not too nice — guess I did something”

The source of this drama never presents itself, but there’s some good news, though it isn’t the most exciting thing in Ms. Rockwell’s life. That would be Bob, a lawyer who dances with her at Garfunkel’s on August 7 and then takes her to QuikTrip for a sundae afterward. This inspires a smiley face on the page and, possibly, the realization that men don’t really care about the difference between 111 and 115, which she weighs pre-sundae.

As if to prove the point, Bob says the hell with the wait-a-couple-of days rule.

Tuesday, August 10: “Met Bob at Annies, then movie, then monastery, then Nichols Lunch — fun time … cute, nice — almost everything I like”

She adds, as an afterthought: “Talks about other girls too much.”

And a Summer of Loss

Still, a crush is a crush, and she seems happy. Ms. Rockwell makes up with B.B. and hits Westport with Bob. Even the floods of August 12, a day of “uproar” at her job the next day and a trip to Lincoln, Nebraska, on the 14th can’t dampen her spirits.

“Love my family,” she writes the day of the drive north.

The next day, though, a dinner at Wendy’s does her in. “SO FAT,” she writes. The next week, she contracts a cold, Clark moves away and — perhaps most distressing of all — she never mentions Bob.

In fact, Bob takes his curtain call in the entry noting the trip to Westport on August 10: “Had a nice time — want to hear from him!”

Ms. Rockwell, wherever you are, we hope the summer of 2009 finds you happier than the summer of 1982. Forget the E’s and Bobs of the past — you’ve ridden your moped right into our hearts, and we’ll tell B.B. to STFU anytime you ask.

Kansas City of 2009, keep an eye on this space to discover the travails and triumphs still to come for Ms. Rockwell in the year of E.T.