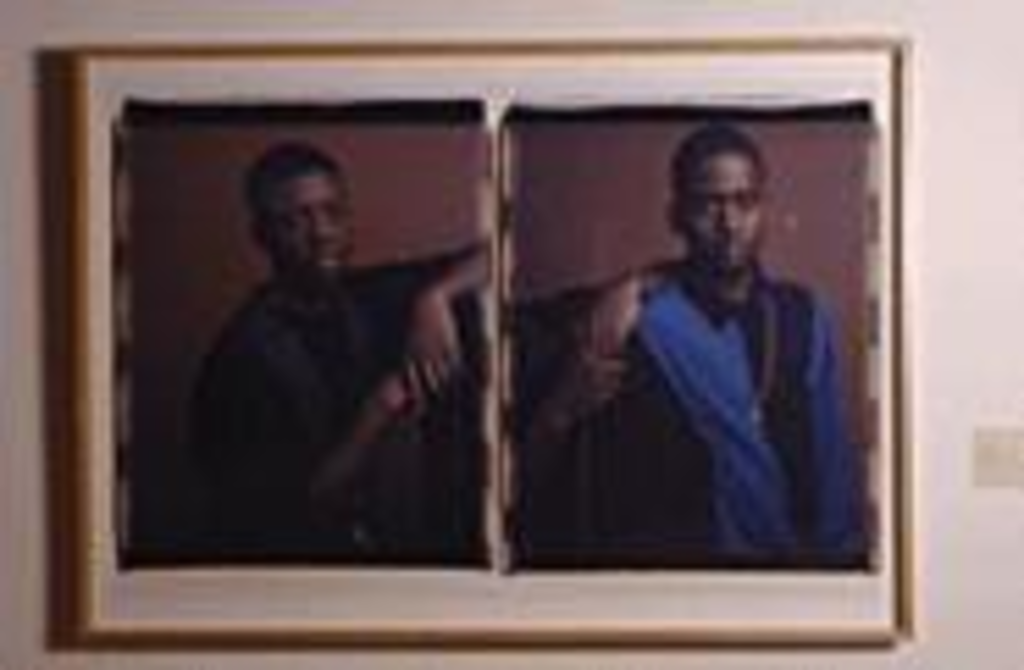 Recently, Sprint has announced that its top executives are leaving the company amid damaging headlines about questionable tax shelters. That can only further rattle Sprint employees — the ones who are already nervous after the latest round of layoffs. Fortunately, 750 works of art line the walls of the company’s 3.7 million-square-foot campus in Overland Park.

Sprint Art Curator James Martin says the collection is an integral part of the corporate culture. “We all need access to sunlight and views of the outside world … to recharge [our] batteries and to return to a task productively and creatively,” he says. “In a similar and very basic way, one needs art to stimulate interior environments.” And in a bit of good news for Sprint employees, Martin is confident the company will remain a major force in corporate art collecting regardless of who’s sitting in Bill Esrey’s soon-to-be-vacant chair.

Just a few weeks before the recent headlines, Celebrations and Investigations: African-American Artists in Kansas City Collections opened down the road from the corporation’s world headquarters, at the Gallery at Village Shalom in the Kansas City Jewish Museum. The museum had requested a show of Sprint-owned works, and the idea for what would become Celebrations and Investigations evolved to focus on African-American artists and expanded to include works from Hallmark and several Kansas City private collections.

Thanks to Martin’s meticulous research and careful decisions, what could have been a hit-or-miss visual potluck of African-American-produced artwork stands out as a thought-provoking presentation.

After handpicking core pieces from the Sprint collection, Martin followed leads from local gallery owners and art buyers, tracking down little-seen works in private collections. It turned out that Kansas City’s supply of high-quality work by African-American artists far exceeded the available space at Village Shalom. So Martin tossed out some pieces for reasons of aesthetics and omitted work by deceased artists and art made before 1975.

The Gallery provides viewers with several copies of Martin’s written commentary — a heavily footnoted, eleven-page essay on the current scholarship surrounding African-American art. But while you’re waiting for the Cliffs Notes to come out, take a look around the gallery — what’s much more enlightening is Martin’s visual commentary on contemporary black art. He’s gathered gorgeous paintings, prints, photographs, drawings, sculptures and fiber-based works by local and national artists. None of this work has been widely displayed — usually the pieces have hung above somebody’s living room couch or behind closed conference-room doors, inaccessible to anyone without an employee ID card. Martin hopes viewers will question their ideas about what art by African-Americans looks like as well as its subject matter and its message.

“What I found is that there were basically two types of exhibitions that were being done,” Martin says of recent shows focusing on African-American art. “One was very much about the more conceptually driven, politically driven, abstract-oriented work. The other realm seemed to be the more representational take on making art.”

With Celebrations and Investigations, Martin aspires to point out the elements shared by these two distinct styles. That approach leads him, for example, to hang New York City photographer Dawoud Bey’s double portrait “Hubert and David” next to local artist Henry Dixon’s painting “Tribal Women.”

Bey, a darling of the mainstream contemporary-art world, layers many complex psychological narratives into his work. In this photograph, two teen-age boys appear from the waist up, calmly looking the viewer in the eye. The young men are decked out in early ’90s fashion — one wears a red geometric-patterned vest over a black long-sleeved T-shirt, the other a half-royal-blue, half-black collared dress shirt and a thick gold chain. But Bey has printed the photo using two color negatives on one sheet of paper; although one young man drapes his arms across the other’s shoulder, the boys are separated by the glaring yellow-and-black stripe at the edge of the negative.

To the right of Bey’s photograph hangs Dixon’s mixed-media painting “Tribal Women,” which depicts two middle-aged women in colorful blouses, shawls tied around their heads, against a dark background. “Normally, one wouldn’t think of Dawoud Bey having much to do with this sort of work,” Martin explains. But Bey and Dixon employ similar formal devices to communicate their concepts. Bey creates complexities in the relationship between his subjects by splitting his photograph in two; Dixon does the same by dividing his painting in half compositionally, placing one woman behind the other in profile.

Although Martin focused the exhibition by contrasting conceptual and figurative works, a handful of pieces are arguably abstract. Arester Earl’s haphazard “Shell Quilt” has a background of uneven red squares pieced together with long stitches; Earl then attaches multicolored, triangular swatches of polyester. Each shell shape poofs out — the quilt almost looks as if it’s covered with bikini-clad bosoms. And St. Louis artist Robert Allen Powell’s sculpture “Taking the Point” is nonrepresentational; the graceful wooden form swoops upward, narrowing to a rounded point, its smooth surface roughened with bumps.

Though Martin’s decision to include mainly figural works might have been an aesthetic one, the curator could have upped the contrast between conceptual and traditional works by including more abstract works, such as Gary Simmons’ “Gun Smoke #6,” a recent addition to the Sprint collection. On display in Gary Simmons: Unique Drawings at the Jan Weiner Gallery, “Gun Smoke #6” is a smokelike cloud of wispy, semicircular yellow chalk marks on a chalkboard-green painted paper. The brisk gesture of the marks brings to mind the undulating underarm flab of middle-aged grade-school teachers demonstrating cursive on a blackboard. Simmons’ title, combined with the image, gives the work a slightly political tone — the piece could be interpreted as a statement on guns in schools.

Back at Village Shalom, Kori Newkirk also uses conceptually charged materials in his striking “Stutter.” With synthetic-hair strings of plastic yellow, brown and white pony beads, Newkirk depicts a drab modern apartment building in Los Angeles. Newkirk hangs his landscape from an aluminum rod, like a beaded curtain in the doorway of a hippie homestead. Though pony beads and hair extensions are obvious symbols of African-American cultural identity, Newkirk’s materials carry nonrace-specific connotations, too. The beads’ dotted repetition creates a larger image reminiscent of the pixels on a television or computer screen.

In his research, Martin (who is white) observed the contemporary art world’s preference that black artists deal with racial issues. “I think there are a number of African-American artists out there who are incredibly frustrated by being thrust into these roles that the art world expects of them,” he says. To prove his point that not all African-American artists feel obliged to address issues of race, Martin includes the technically precise watercolor “American Sunrise” from Kansas City’s Leroy Allen. It’s a simple, elegant still life of a blue-and-white-speckled pot and red cherries, set on a white background.