In Mandy, rural-acid weirdness and a healthy dose of ‘crazy Cage’ 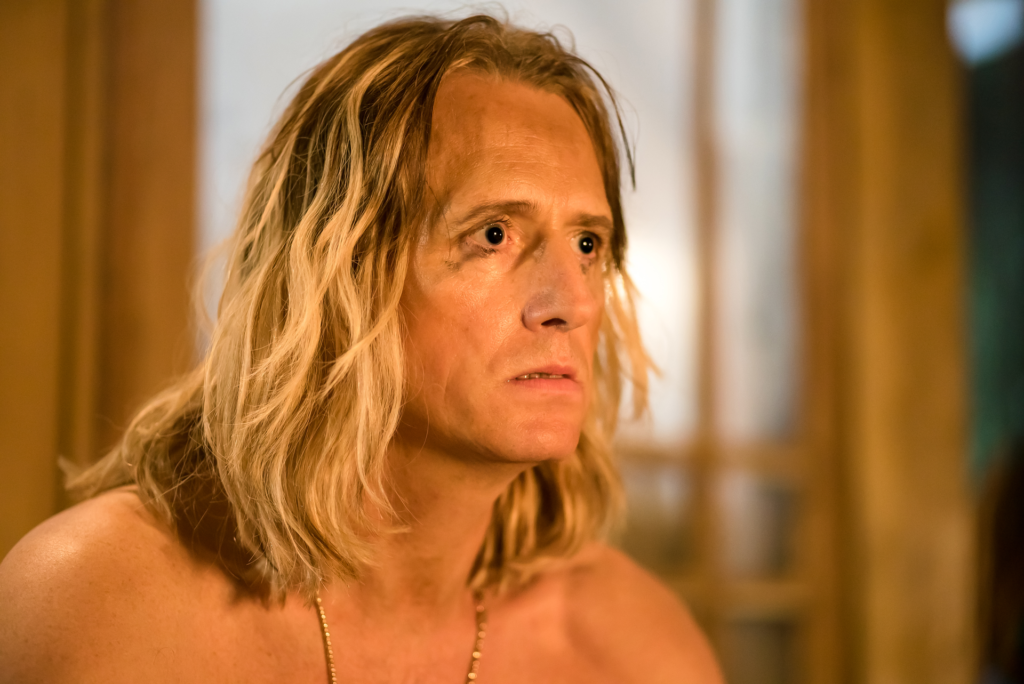 For two hours — indeed, if we are lucky — the movies transport us. Images conjured by light dance on screen while music and sound booms through the auditorium speakers. But after we leave the theater, all that remains is the memory of the experience.

This slow-burn, surreal combination of images and sounds is embedded more profoundly into my brain than the graphic and sometimes campy scenes of violent death that populate Mandy’s second hour, which will no doubt catapult it to the top of many a horror fan’s list of cult classics. Since it doesn’t rely much on plot anyway, and because of the unique spell Cosmatos’ film casts, I’m not going to over-intellectualize the movie’s gaps in reason and logic. I’ll simply state that as predictable as the standard revenge plot is, it’s rarely been as greatly felt as it is in Mandy. 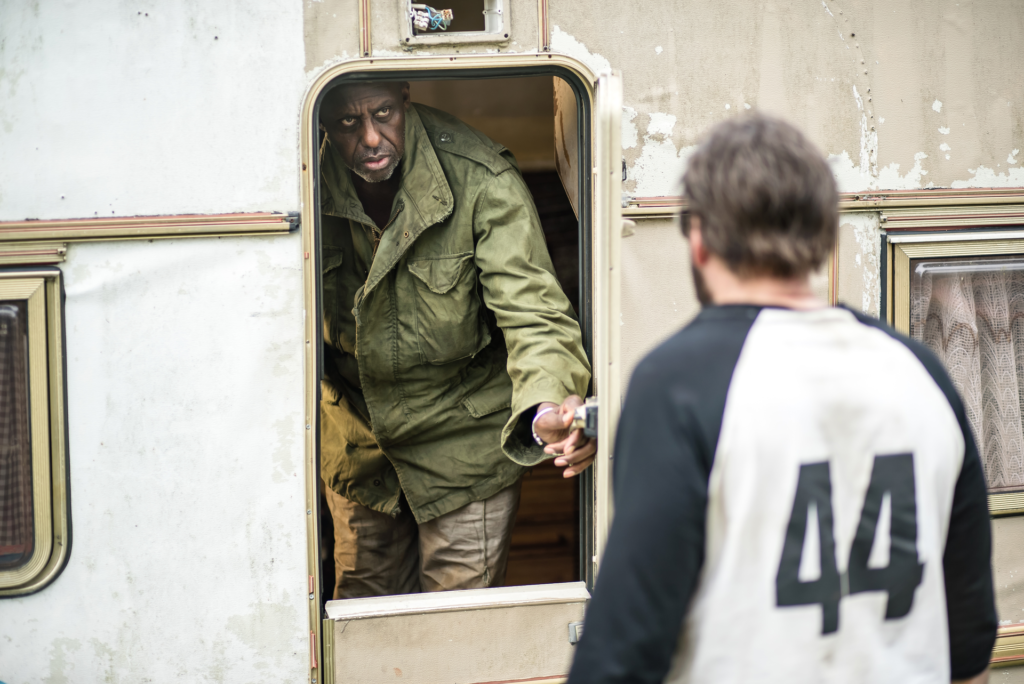 It’s the Pacific Northwest, and President Reagan is talking on the radio about a new dawning of human decency. We will come to know two people unlikely to embody that spirit. The title character (Andrea Riseborough) is a pale, skinny woman with stringy locks of long black hair and a proclivity for Mötley Crüe and Black Sabbath t-shirts. Sabbath is the sonic equivalent of the fantasy illustrations that she draws. The Crüe shirt she wears probably has more to do with the giant pentagram than their music.

Mandy is in a loving relationship with a lumberjack named Red (Nicolas Cage). They live in a remote home filled with windows and surrounded by wilderness. Nestled together underneath the stars, Red listens empathetically as Mandy describes a real-life nightmare from her past. He comforts her. A title card in a glowing Knight Rider-like font — another overtly theatrical nod — tells us where we are: “The Shadow Mountains. 1983 A.D.” Soon, a religious cult called Children of the New Dawn, led by a selfish “prophet” named Jeremiah (Linus Roache) will alter the course of their lives.

Cosmatos and his cinematographer Benjamin Loeb create an otherworldy visual palette, with light reflecting multiple colors in almost every frame and enough lens flares to put J.J. Abrams’ Star Trek reboot to shame. The grainy film quality and the prominence of slow fade-outs and fade-ins, which haven’t been cinematic staples since the 1970s, set a deliberate and transfixing pace. Mandy’s artistic sensibilities are accentuated by fantastic landscapes, psychedelic light projections, and stunningly composed shot after shot, again revealing Cosmatos to be more of a design aesthete than a filmmaker concerned with subtle storytelling.

When Mandy gets weird, it gets rural-acid weird: tracers, slowly morphing mind tricks, disjointed dialogue. Cosmatos and his effects team have created some of the best hallucinogenic visuals ever put to film, and when Red snorts a pile of powder off a shard of glass and touches a mysterious liquid to his tongue, it gets even more haywire. His raw-nerve honesty makes this another “crazy Cage” performance to remember. One of the biggest heroes of Mandy is the late composer Jóhann Jóhannsson, whose brooding score makes the John Carpenter-homage soundtrack of Stranger Things feel like the Carpenters.

Like Cosmatos’ 2010 debut, Beyond the Black Rainbow, Mandy features a lack of spelled-out detail, yet its more traditional structure somehow makes it easier to swallow than its predecessor. There’s verbal call-outs to both Friday the 13th and David Lynch’s Blue Velvet, and obvious shades of both, even without the quoting. In just two films, Cosmatos has proven that he has a Lynchian knack for mining the subconscious, but far less ability to create a kind of psychological mystery that taps into a shared feeling, preferring instead to both subvert and embrace horror genre tenets. Inevitably, this results in a slight letdown during the film’s last act.

Still, Mandy shouldn’t be written off as just another gory horror flick. It’s a truly singular experience: a stylized-to-the-hilt journey into the circles of hell. It’s impossible to shake.