KC’s latest tech trend — Bird scooters — is for the birds 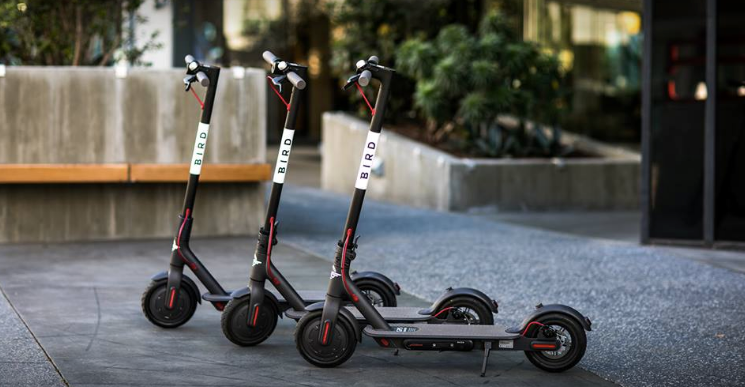 The very next day: “Bird electric scooters take off in downtown Kansas City.”

Must have been some fast talks!

In reality, these scooters were coming no matter what. Taking a page from the “disruptive,” low-wage-powered transportation company Uber — and nearly every other Silicon Valley start-up whose “genius” amounts to little more than ignoring existing laws — Bird operates with an “ask for forgiveness, not permission” mindset. The company simply dropped its electric scooters in KC and left.

And what scooters they are. For a $1 unlocking charge and a 15 cents-per-minute fee, you can ride around the city at speeds of up to 15 miles per hour. Where do you put the scooters when you’re done? Simple: anywhere you want! Bird recommends riders park scooters near bicycle racks (lol), but do a bit of research and you’ll find multiple cities in the U.S. in the process of suing Bird over safety issues (they don’t require helmets) and for riders littering city sidewalks with unaccounted-for scooters.

A prime example is in the city of Milwaukee:

California-based Bird dropped off 100 motorized scooters in downtown Milwaukee last month, but Deputy City Attorney Adam Stephens wrote a letter to the company warning that “Bird’s Motorized Scooters may NOT be lawfully operated on any public street or sidewalk in the City of Milwaukee.” According to the complaint, Bird refused to cease operations, leading to the lawsuit.

Both Denver and San Francisco have sent after-the-fact cease-and-desist letters or threats to confiscate scooters. According to the San Francisco Chronicle, Santa Monica-based Bird responded by asking its riders to send letters to the city expressing sadness about losing “the fun and convenience of a Bird ride.” Again: just like Uber.

Can electric scooters bridge the gaps between public transit, cars, and walking? Maybe! Can scooter riders be injured? Yup. Do low-wage “chargers” — people the company tasks with collecting these scooters and charging them in their own homes — benefit from Bird being in KC? That doesn’t seem to be the case elsewhere, like in San Diego, where “charging has become a cutthroat competition between workers where every last dollar counts.”

Let’s be clear: Bird’s arrival in Kansas City — and everywhere else — is an act of aggression. Its intent is to force the hand of city leadership with a false choice: Will KC be a cool, progressive city that embraces the technological advancements Bird represents? Or will KC leadership act like a bunch of crusty old bureaucrats who fear change?

How about this: city leadership should not bend to the will of yet another faceless Silicon Valley company that seeks to use KC as a testing ground while adding nothing to the local economy.

More likely? City officials will come around to regulating Bird too late, if at all. “Chargers” will be on to the next gig-economy job once the Bird money dries up (and it will). Bird executives — the company is now valued at a mind-boggling $2 billion — will go on to found some other economically cruel company that pays gig workers unconscionable wages until the robots arrive and jobs as we know them go extinct.

Short of regulating Bird, KC leadership should be warned that some extremely pissed off people in San Francisco have resorted to vandalism, including smearing actual human poop on scooters, to show their displeasure. Where there’s birds, there’s bound to be shit.

An unregulated Bird is not going to be good for KC. The city should instead focus on long-term transportation solutions — better bicycle amenities, properly functioning bus lines, the streetcar expansion — rather than change the law for a company that could not care less about Kansas Citians.

And if you insist on hopping on one of these birds, please, at least pack a helmet.