In Kansas City, a wave of evictions could push gun violence to new extremes this year

Housing problems and gun violence go hand in hand, experts say. And in Kansas City, both may be about to get even worse 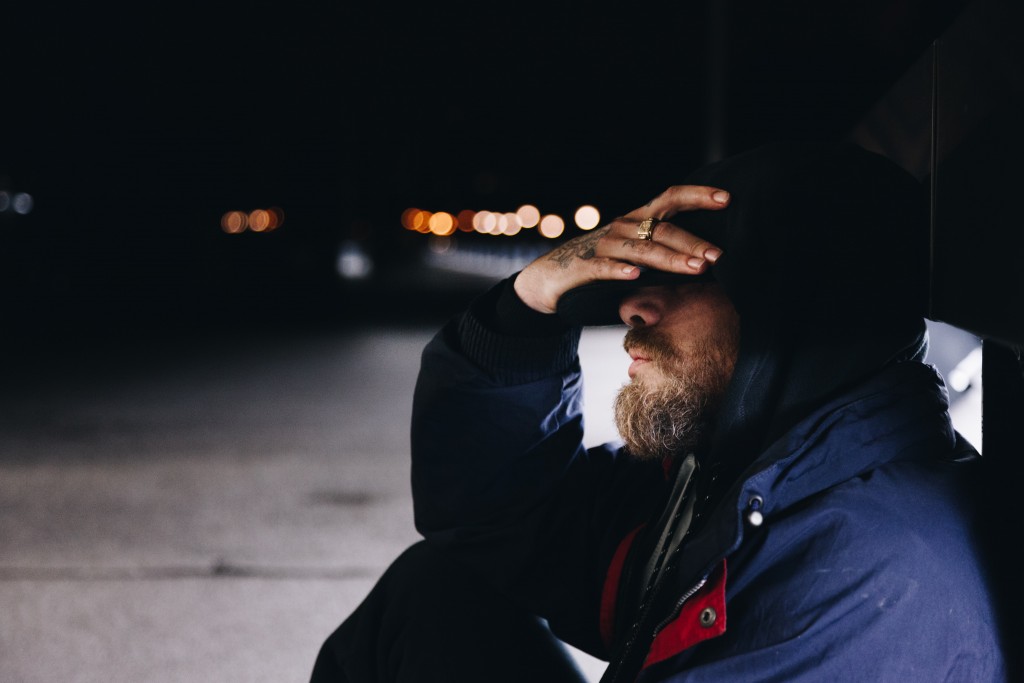 When Bryan Murrell first found the house, he could barely imagine anyone had ever lived there.

It was boarded up, filled with trash, everything in complete disarray.

But Murrell, a part-time home renovator, knows this house on a corner of Prospect Avenue in Kansas City’s Washington-Wheatley neighborhood can be a happy home again. He spent his early childhood nearby and remembers the families who lived here.

Now 42, Murrell has seen the neighborhood hollowed out over the years by a historic loss of Black homeownership, high rates of evictions, and deteriorating housing conditions.

Murrell can name those lost almost by the half-dozen. His best friend, a victim of an unsolved murder. His cousin JJ, a barber slain in a triple homicide. JJ’s older brother, and another family member who was shot by a police officer.

“I felt kinda numb. We had a different sense, a different feel of life,” Murrell said. “It could be over just like that, out of the blue.

“I don’t want to say it’s normal, because it’s not normal. But you just expect the unexpected.”

The Washington-Wheatley neighborhood where Murrell works, just south of the historic 18th and Vine District, is home to an area with the highest rate of shootings in the city. It also has one of the city’s highest eviction rates.

In fact, of the 10 Jackson County census tracts with the highest numbers of shootings, all but one also had higher than average eviction rates, according to an analysis by The Star of data from the nonprofit Gun Violence Archive and Princeton University’s Eviction Lab.

The same pattern holds across Missouri, with the top cities for evictions—Independence, Kansas City, St. Louis, Springfield, and Columbia—also leaders in gun homicides as of last year.

Housing problems, including evictions, blight, and homelessness, fuel the city’s gun violence, researchers say, along with deficits in a host of social determinants of health including income, access to food, healthy living environments, and quality education.

Without a stable home, people are more likely to pick up a gun to secure their personal safety, public health experts say. Upheaval, stress, and trauma from housing problems lead to desperation, conflict, and suicide.

Neighborhoods that lose residents to eviction and high turnover also lose their best defense mechanisms — the eyes and ears of trusted residents on the street. The population drain means their voice at City Hall is muffled. Vacant buildings become magnets for crime.

“Because your credit has been ruined, you might need to move out of the community or out of the neighborhood that you can call home to find a place to live—and that can affect childcare and eldercare networks, it can affect support systems within communities.”

All those problems are set to get worse this summer, as the city faces a tidal wave of evictions if a federal moratorium put in place during the COVID-19 pandemic expires June 30.

That, gun violence experts and policymakers say, could set off another spike in shootings and killings for a city that just set a homicide record last year.

“Were it to be lifted, especially all at once, and there was a flood of evictions or foreclosures, that just creates more housing and shelter instability,” said Ken Novak, a professor of criminology at the University of Missouri-Kansas City.

Kansas City has never gotten a handle on its long-term problems with disinvestment and gun violence, Novak said.

As the economy rebounds and people get jobs, it is essential that Kansas City has affordable housing, said U.S. Rep. Emanuel Cleaver, who represents the city’s urban core and was recently named the chair of the House Financial Services subcommittee that oversees housing and community development.

“We absolutely cannot leave housing out of the equation,” Cleaver said. “If we do, we’re probably going to see some kind of increase in violent crime.”

The Kansas City Police Department declined to make someone available to discuss the impact of housing problems on gun violence.

“Unfortunately I’d say that because we don’t have any dealings with evictions and most times don’t have any knowledge of them, that association is not something that we would track or have any accurate data on,” said Sgt. Jacob Becchina, police department spokesman. About four years ago, Murrell put his skills to work making a difference, one abandoned house at a time.

Using the federal Abandoned Housing Act to secure properties from absentee owners at minimal cost, he rehabs them and puts them up for sale or rent, giving preference to locals. He hosts open houses for neighborhood residents before he puts the houses up for sale.

Murrell has rehabbed about 10 homes so far. He recently rented a house near Research Medical Center to Jelani Tanner, a co-worker from Murrell’s day job at the post office.

As a result, Tanner was able to move himself and his two sons, ages 11 and 14, out of their apartment near Bannister Road and Blue Ridge Boulevard. They had been troubled by the level of gun violence there and went months without a working stove.

Now, Tanner said, his family is happier and safer. They like the wooden flooring and the marble countertops, and his sons have a yard to play in. All for around the same price as their small apartment.

“When you come across a house he rehabbed, and you see how nice it is, it gives you a certain feeling of, ‘Okay, I don’t have to settle, I can aspire to have more, be more,

For Murrell, it’s a labor of love.

“Creating safe communities comes from building better homes,” Murrell said.“Because people will value it more. There’s a universal feel — it’s crazy but that happens — if those houses get fixed up.”

He’s not the only one. Marlon Hammons, president of the Washington-Wheatley Neighborhood Association, and about eight other local builders are doing the same. All told, the group has rehabbed more than 100 houses in surrounding neighborhoods.

They have their work cut out for them.

Washington-Wheatley, bounded on the north by 18th and Vine and on the south by 27th Street, is pockmarked with vacant buildings. It also counts as many as 65 people evicted in a given year. Last year, at least eight shootings were reported in the neighborhood, which only counts about 2,000 residents.

The neighborhood sits near the top of the Prospect Corridor, a 30-block stretch from 18th to 40th streets defined by historic redlining, marked by structural inequalities, and home to many Black and Hispanic neighborhoods.

A city study 13 years ago found 2,000 abandoned houses in this zone and identified the corridor as an area in need of large-scale investment. But that never happened.

Today, about half of the tenants in the area pay more than 35% of their income in rent, which the federal government qualifies as rent burdened.

The area records a higher-than-average eviction rate and more shootings compared to the rest of the county.

Residents in the Prospect Corridor make up less than 3% of Jackson County’s population, but about 1 in 16 evictions and more than 1 in 10 shootings happen here.