In High Life, the subject matter may seem crude, but the filmmaking is not 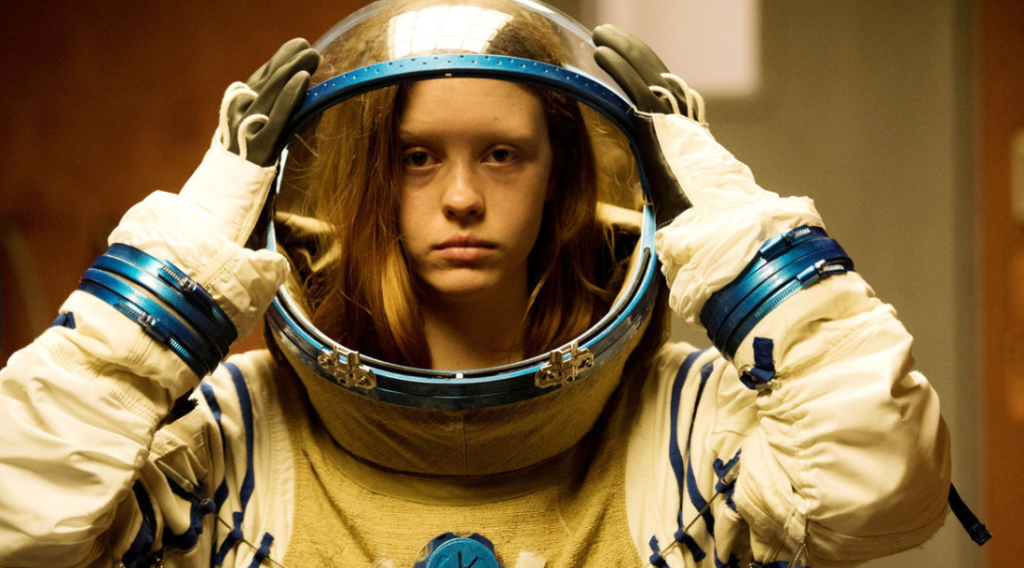 The children’s advocacy nonprofit Common Sense Media calls the new adult sci-fi drama High Life “a crude, profane, violent film” and a “collection of things you wish you could unsee.”

That’s a stupid, short-sighted, and ultimately irresponsible reaction to this movie, which has no more violence than your average Walking Dead episode. Certainly, there’s stuff in High Life — the first English-language film from French director Claire Denis — that children probably shouldn’t see. But it’s a serious film, one that grapples with tough questions about human nature and tells a story about how love can spring from the most unlikely of situations.

I’m reluctant to give away too much plot information because part of the special thrill of High Life is resisting the temptation to make easy moralizations based on the small amount of information the movie gives you at its beginning. I will say that Robert Pattinson (who, with this and the recent The Lost City of Z and Good Times, is quickly building a formidable body of work) plays Monte, an astronaut all alone on a space craft, save for his baby daughter Willow. They have limited contact with their home base and are speeding toward the outer reaches of the solar system.

Monte sings to his baby, making up lyrics to a song about never drinking your own urine or eating your own shit, even if it’s been recycled. “It’s tab-oo,” he coos to her, “Taboo, taboo.” There’s plenty of taboo subjects in High Life, because it’s about people that have been left behind — people who have, in essence, recycled themselves. And left to their own devices, isolated and alone, things are bound to get ugly. But Pattinson’s performance is anything but. It’s warm and understated and tracks his character’s slow maturity over a fractured storyline.

Who Monte is, and how he and his daughter got there, is a tale told in flashbacks (and flash-forwards) that are jarring at first. But High Life finds its rhythm and soon becomes almost hypnotic. Juliette Binoche, Andre Benjamin, and Mia Goth are other astronauts in a similar situation. Thorny moral issues abound, no less than the reason itself that these people have been exiled, in a way, to their fate.

There are enticing ideas that fall into the realm of more traditional science fiction — specifics about the goal of the mission, what it means to Earth, and how time is warped and perceived this deep in space. These concepts haunt every frame of the film, giving what is essentially a claustrophobic chamber drama an eerie resonance with extremely high stakes.

High Life explores in detail the lush, misted garden on the ship. Outside of fuzzy transmissions of random videos from Earth, it’s the only thing that reminds inhabitants of home. It’s the place where seeds grow into plants and food is harvested to nourish human life. But it’s also a cold and clinical environment not suited to the needs of its inhabitants. Throughout its 110-minute running time, High Life shows human beings asked to perform extraordinary tasks but also reduced to their basest instincts. The subject matter may seem crude. But the filmmaking is not.

Denis is a confident and assured storyteller who specializes in provocative cinema, and High Life is certainly that. The movie asks its audience for a constant renegotiation with adult-themed material, and it rewards with near-constant engagement with its themes. So many movies and TV shows today are often passed off as “for adults,” when in fact they are one-dimensional stories where sex and violence appear onscreen for merely exploitative or prurient interests. High Life features mature content, but it asks bigger questions. And it has a surprisingly hopeful outlook.

Can something beautiful and pure come from humanity at its worst — when it’s teetering on the brink of extinction? For Denis (and Monte), the answer seems to be yes, but before High Life gets there, it reminds us that, in addition to our intellectual capacities, at our core, we are all made up of nothing more than hair, tissue, and bodily fluids.