In Action: Want to create systemic change? Look at your relationships 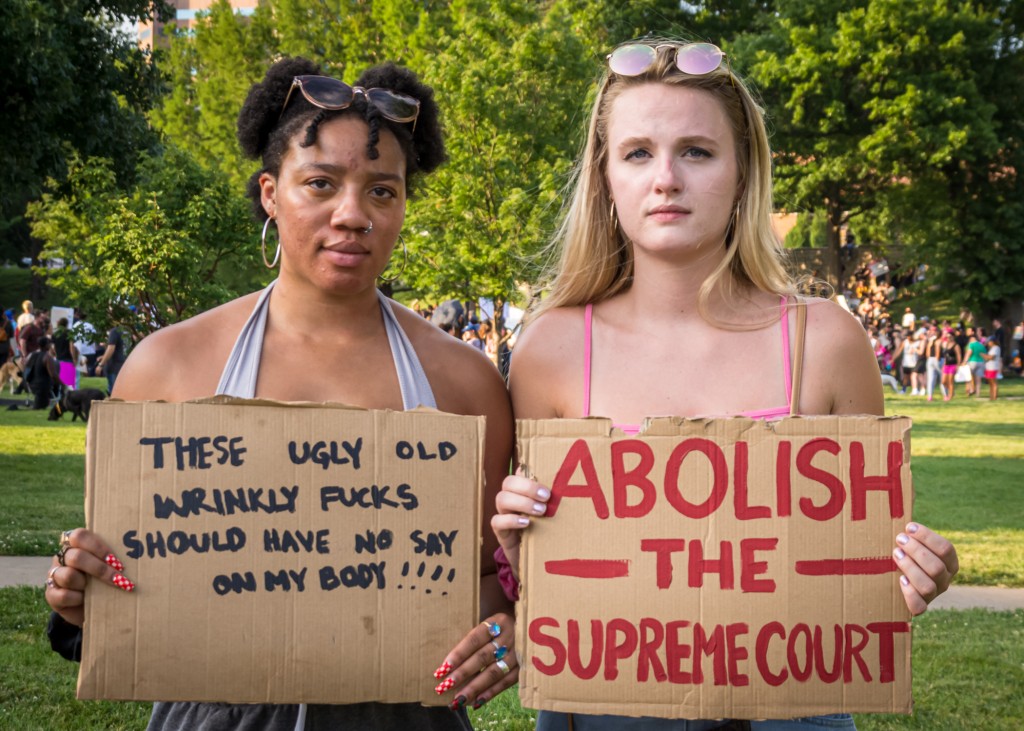 For left-leaning folks in Kansas and Missouri, it’s hard not to feel anguish these days.

SCOTUS decisions, the Kansas constitutional amendment to ban abortion*, anti-LGBTQ legislation and harassment, a frustrating national stage amid a backdrop of oppression that never left, and the climate crisis growing stronger; the list goes on and on.

For those of us desperate for a big change, where do you start when everything feels hopeless? How do we create an equal and just America that has never really existed before?

Pod Save America cohost and former Obama Administration communications director Dan Pfeiffer reminds us that “[Campaigns] are not won or lost on a single decision or a killer ad. Presidencies are not deﬁned by a slogan. There is a harder, less entertaining, but much more informative way to understand politics: Focus less on the personalities and more on the structural impediments to progress.”

When thinking of the essence of Big Change, the primordial ooze that springs forth new ideas we want to see in the world, one word kept coming up in this story: Relationships.

While “relationships” may seem like a quaint answer to an Earth on fire, relationships are a powerful human instinct and a glue for social structures. President Joe Biden’s strong network of Capitol Hill friendships is frequently touted as the key to his 2020 Presidential primary victory.

We spoke with Kansas City metro area folks who know big change. Their daily work builds permanence through policies and elections, and they’ve shared insight into the ideas that fuel their power. They also lend insight into relationships: How relationships create bold change, and how to see yourself in them.

Terrence Wise, a Kansas City-area fast food worker and leader in Stand Up KC and the Missouri Workers Center, has worked for roughly a decade toward workers’ rights and many other causes. He helped pass a $15 minimum wage in Kansas City, and nationally. Wise is an outspoken leader who has testified to the U.S. House and Senate, and was introduced to Barack Obama in the White House.

“You hear about the ‘American dream’ and working hard, and folks think they are totally at fault and under control of what happens to them,” Wise says. “You feel so alone as an individual. That’s the first barrier you gotta break through. You are doing your best. You are working hard to receive the American dream, but there are true factors that we have control over that you have to be informed about. In my universe, it was my wages and living conditions. I thought that was just the way it was. I didn’t know you have more power when we come together, and you have the right to do that.”

Once we awaken to our power to create change, relationships are tools for action. Wise says, “[Relationships are] not only how you build power and activism, but real change. It always starts with having that conversation with folks you’re closest with and building power there.” 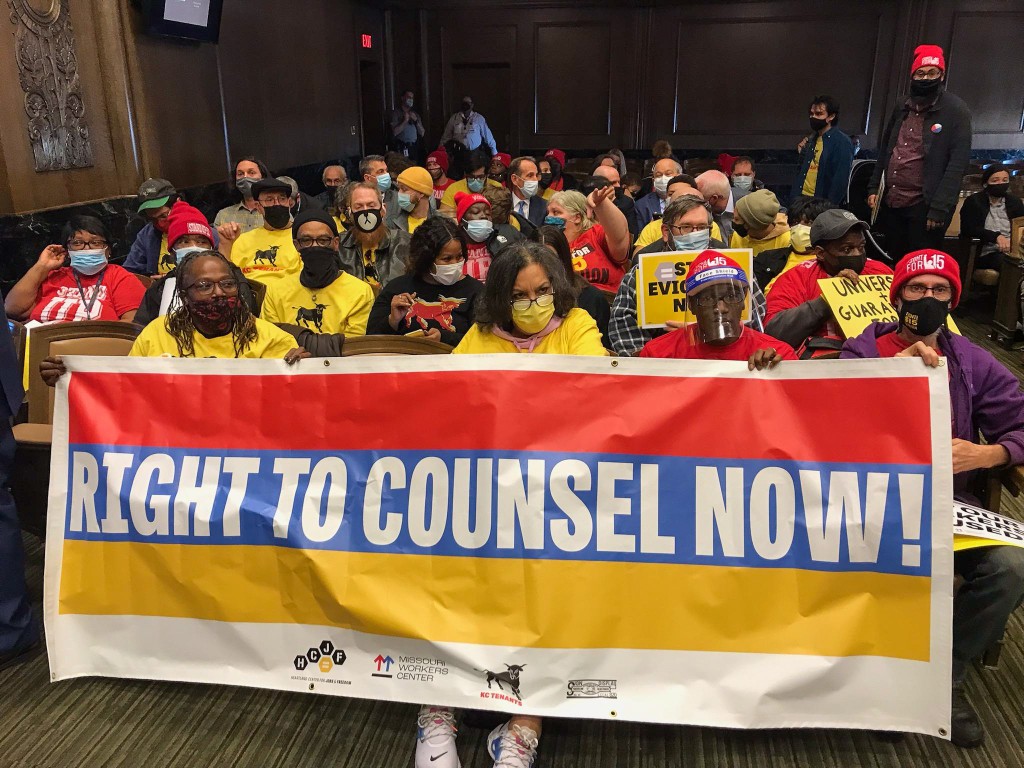 On Dec. 9, the city council for Kansas City unanimously passed one of the most aggressive “right to counsel” ordinances in the country to ensure any Kansas City resident facing an eviction has the right to an attorney, similar to public defenders in criminal cases. // Courtesy of Missouri Workers Center

KC Tenants is an undeniable powerhouse in the metro, and a national leader in renter’s rights. Tenants’ Right to Counsel, a new ordinance developed by KC Tenants and passed by the City Council this past winter, gives renters rare equal ground in eviction court. Kansas City is among a handful of cities to have adopted it.

Aaron, whose last name is withheld here for privacy reasons, is a leader with KC Tenants and has previously worked on national and local electoral campaigns. “If you look at history, the movements that have made real change, [it] was demanded by communities of people working together, not by one person setting out alone,” they said. “That’s what’s going to free us now. By working together, in relationship and community.”

KC Tenants often reiterates that “those closest to the problem are closest to the solution.” Dig a bit deeper, and it’s not a slogan. It’s a policy strategy rooted in relationships. Each person in KC Tenants has a different experience with housing, Aaron says, and when the group’s diverse perspectives are shared in trust, the group can pinpoint a precise mix of policy solutions that genuinely reflect the community.

“When you come at it from an individual ‘I’m gonna save the world’ perspective, it gets really savior-y,” says Aaron. “‘I have all the answers,’ and you don’t. No one has the answers for everyone, but we all know the answers for ourselves.”

Claire Reagan, describes herself as an “engaged and active community member.” A young mom in Olathe, the Stoneman Douglas High School shooting in Parkland, Florida motivated her to knock on doors for the first time. Since then, she has catapulted into campaign leadership roles, uplifting city council and county candidates who are shaping a rapidly-changing Johnson County.

Reagan points to local relationships as key in her journey. Her first door knocks were for someone she says she personally knew and admired, a friend who had first run in 2016, Democratic Kansas State Senator Cindy Holscher.

“It just kind of snowballed,” says Reagan. “The campaigns that need the most help are the smallest races. Those people are regular human beings who live in your neighborhood. It could be a mom from your kids’ elementary school. You’re helping someone just like you.”

To build any relationship—in politics or otherwise—it helps to know yourself. When thinking of your role in creating big change, you may want to think about the issues that resonate with you most, and what type of work you really want to do (or can realistically do).

Denise Brown, a former labor representative and a leader with KC Tenants, was raised by parents who were active in some of the biggest movements of the 1960s and 1970s: Vietnam War protests, the Civil Rights Movement, the Black Panthers. She’s been politically engaged for decades.

Her advice is to decide which issues are most important to you, focus on those issues, and then find folks who share that same passion. “I was looking for a cause I felt comfortable with to bring about some kind of change,” Brown says. “[KC Tenants] was my answer. There are so many different issues, but this was one that I resonate with. It hits home.” 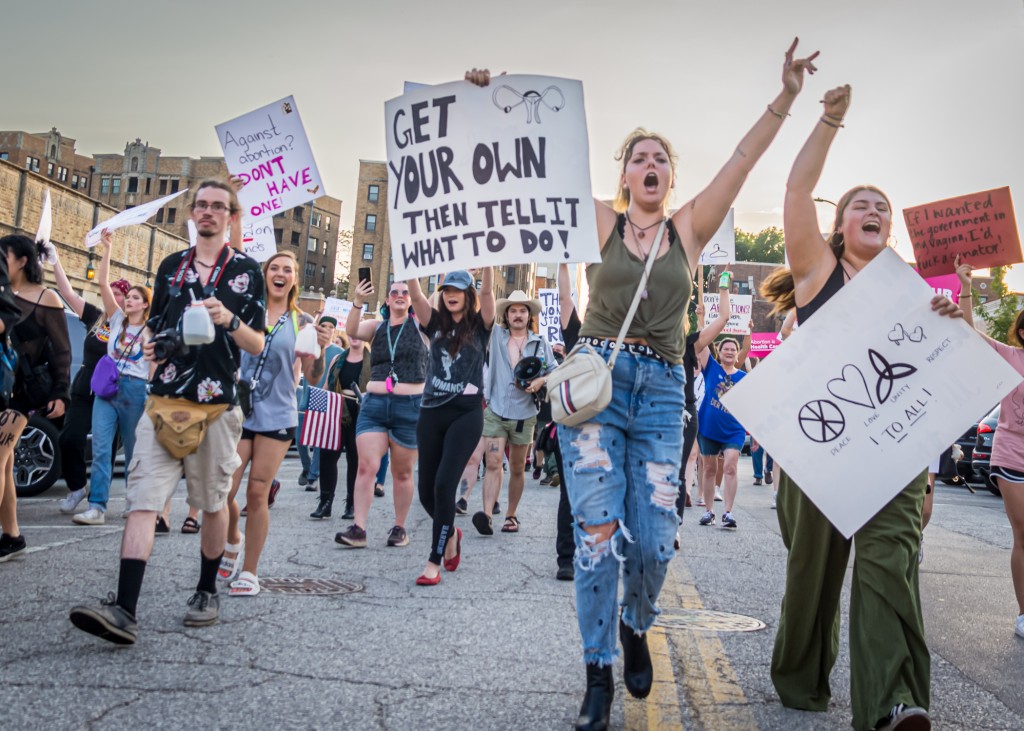 Each person interviewed for this piece declined to define themselves as “activists.” There are differences between activism and organizing, or advocacy or engagement. While every role is crucial, they serve unique purposes and dovetail in different ways. Learning how these different roles can serve specific objectives within a larger movement is useful.

When embarking on new relationships, come as you are. Don’t assume you need to have all the answers. Just focus on getting to know the people around you. Brown says, “You don’t have to jump in. You can go listen and see if it’s a fit for you. That was a big deciding point for me, were the people involved. Because the people in KC Tenants, they accept you. They’re very supportive.”

“The instinct is to hang out in the back and see what’s going on,” says Aaron. “That may be the right move in a situation, but another thing that I have never regretted once is having a conversation with someone who has been there a little longer.”

“If there’s an established culture,” says Reagan, “I always try to be very observant when I enter a new space. I will not put any pressure on myself to do anything but listen. If you enter a space, being there is enough sometimes. Don’t put pressure on yourself to sign up. If it was a heavy lift to get in the door, that’s enough.”

In Kansas and Missouri, the road to change is long. The folks we spoke with are clear-eyed about the challenges ahead. They encourage anyone in this work to prepare for a long journey. When asked how to maintain this work over time, folks interviewed for this piece made a point that systemic change never happens overnight.

“If you’re looking for instant gratification and success right away, it might not be for you, because that’s unrealistic,” says Brown. “Anything worth having will take effort, hard work, and strategizing. There are so many different issues, there’s so many different doors to walk through, so many walls to knock down, so many minds to reset.”

Regardless of your role in big change, relationships allow your time and contribution to add up to a sum larger than its parts, so don’t be shy about meeting people, asking questions, and digging in for the long run.

“If you have the capacity of time, of finance, or a network of friends to invite into a campaign or candidate, and you’re not doing that, I would really ask, ‘why not?’” says Reagan. “The house is on fire. And we all have some water. Some of us have a firehose, some of us have a bucket. All of it can help.”

*Mild Correction: While this isn’t expressly stated by the legislation, it is no secret that the purpose of the amendment is to permit a total ban on abortion. GOP lawmakers behind the Value Them Both campaign have said so themselves.