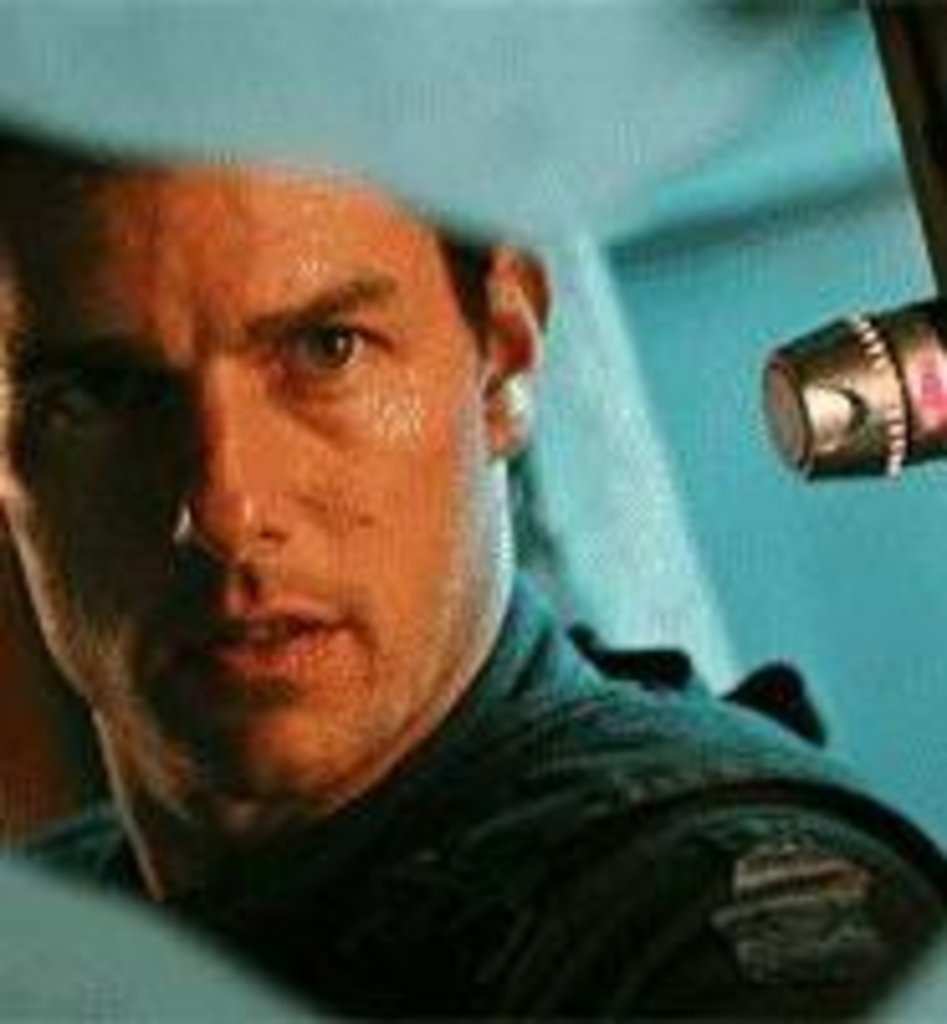 On the commentary track, director J.J. Abrams and star Tom Cruise sound like they’ve fallen in love. You might say they complete each other’s sentences, except that’s just Cruise interrupting the Alias creator, who rescued a franchise by streamlining it, lightening it, brightening it … and likely killing it off anyway. Still, what played poorly on the big screen soars on the small one; Philip Seymour Hoffman’s arms-dealing baddie is as threatening as any villain on Abrams’ defunct ABC series — which is to say, not so much — but the groan-inducing gags are far more forgivable if you pretend you’re just waiting for commercial breaks. The early scenes, and the bonus-feature Cruise homage that goes from Taps to Magnolia, remind you that, yeah, the guy can kinda act when he’s not sprinting in place. — Robert Wilonsky

Nobody Wants Your Film
(NWYF)

Somewhere between a film-school project and one of those HBO documentaries about heroin addiction, Peter Judson’s directorial debut is a guided tour of the heck that is independent filmmaking. Made on the supercheap and vaguely structured around a series of fake e-mail exchanges with an angry executive, it consists mostly of interviews with actors and crew as they wait for the next shot to start. (One thing you learn is that a film actor’s life consists of waking up ridiculously early to sit around all day doing nothing.) The interviews are far more honest than you’d expect, with actors bitching about food and waiting and failure. The film falls flat when it reaches for poetic imagery, but for those interested in the underbelly of Hollywood, it’s worth a watch. — Jordan Harper

Ed “Big Daddy” Roth made hot rods and drew portraits of the cars he built, with strange comic-book creatures behind the wheel. His style of art — particularly his pictures of the green rodent named Rat Fink — is all that most people know about him, so it’s good to have a documentary fill in the blanks. But did they have to make it like this? Obviously inspired by the California-culture docs of Stacy Peralta, it’s a mishmash of goofy cartoons, film clips and voice-overs. If the choice of John Goodman narrating as if he were Roth speaking from the grave seems strange, the parts narrated by actual hot rods — their headlights flashing while actors (Jay Leno, “Stone Cold” Steve Austin) do their voices — are downright embarrassing. Still, there’s enough interesting material — and tons of cool art — to merit a drive-by. — Jordan Harper

Those who served in the Kiss Army recall these as the glory years — and as Gene Simmons might say during his more vulnerable moments, “Oy.” This double-disc stumble down Amnesia Lane reminds us that the appeal had little to do with the music, which repeats so often during this marathon concert compilation that you kinda wish they’d whittled it down to a best-of instead of an all-of. Yeah, some of the material remains catchy bubblegum metal, but the appeal lies in the gag and gimmicks. A Brit-TV interviewer in 1976 chats up the band members backstage and finds them not entirely, uh, interesting. The highlights: the 1976 Cobo Hall show and an appearance on Paul Lynde’s Halloween special from the same year, which is less a freak show than a mainstream freakout. — Robert Wilonsky