Impose looks out from within, Wilco checks your age, and Madball rolls through

When Impose Magazine founder Derek Evers sold the storied music pub to Overland Park–based television advertising concern Answer Media in April, the company found a new, KC-based editor to run it — and, very likely, to boost its coverage of the Midwest music scene.

Writer and Kansas City native Meredith Schneider took over at Impose this summer from former editor Sam Lefebvre, and she says she’s focused on “bringing a lot more eyes to the local music scene” while maintaining the website’s broader national and international scope. (Full disclosure: I’ve written for Impose over the past few years, including for Schneider before I knew she was in KC.)

“We don’t plan to focus on any region specifically, but before we didn’t have a lot of representation in our writing or photography from the KC area,” she told me last week. “Now, I have a list of writers and photographers in the area that can help bring more exposure to our music scene.”

Schneider penned a few hundred words about KC-based indie-pop songwriter Rachel Mallin late last month, and when we spoke she was planning to cover a few other local gigs in the coming days. She told me that, after working for Impose from KC, she understands that writers can cover the national music scene from the middle of the country. “You don’t have to live on the coasts anymore to work in music. It’s a beautiful thing.”

She’s right, of course, but I expect more Midwestern bands to find their way into Impose than in years past. Meanwhile, the magazine seems much the same, finding room to cover mainstream hip-hop alongside Latinx punk festivals. Answer Media might seem like a slightly awkward fit for Impose, which the underground music community has largely embraced since it began as a print magazine in 2004. But advertisers have always paid its bills, regardless of ownership.

This week’s shows:
Hey, everyone — and by “everyone,” I mean: cranky old right-wingers: Repugnant bigot and gun fanatic Ted Nugent is coming to town this week. “The Nuge,” as he is called among classic-rock-radio programmers and other segments of cracker dickhead America, is perhaps best known for writing and performing “Southern rock” garbage hits such as “Cat Scratch Fever” and … maybe some others? Ha ha, just kidding. No one knows any of Ted Nugent’s songs! Oh, but, everyone does know Nugent for lots of other things, like that time he called Hillary Clinton, the first woman to win the presidential nomination of a major political party, a “toxic cunt” and “a two-bit whore for Fidel Castro.” And that time he wistfully opined that America might be better off had the Confederacy won the Civil War. So, yes: Ted Nugent is playing Crossroads KC Thursday, August 11. Go check it out!

On the infinitely branched family tree of hardcore punk, Madball might be the last band to sit at the base of an entire branch of the genre. Born out of the New York hardcore scene of the mid-1980s — specifically from the membership of the legendary Agnostic Front — the group helped to pioneer a crossover sound firmly at the center of punk and heavy metal. While Agnostic Front and others — Murphy’s Law, Gorilla Biscuits, etc. — delved into thrash and crafted progressions that came to define the “hardcore breakdown,” Madball dipped further into metal than perhaps any self-identifying hardcore punk band before it.

By the time the band changed membership and released its first full-length, Set It Off, on metal-crossover label Roadrunner Records, the guitars had grown deeper, crunchier. Freddy Cricien had dropped his speedy hardcore shout in favor of a heavier growl. Stylistically and lyrically, the band remained punk, but metal permeated its sound. Today, Madball shares links with several distinct but related threads: the thrash crossover of Corrosion of Conformity and Suicidal Tendencies, skinhead punk, and the throngs of other metalcore and chainreactioncore bands that followed — some good, some very bad.

Madball begins a U.S. tour with Homewrecker and Coldside this week, hitting the Riot Room on Saturday, August 13. Joining that night are Blindside USA and Altered Beast, two mainstays of the city’s hardcore scene and the perfect choices to open for one of the bands that literally invented the sound they now embrace. 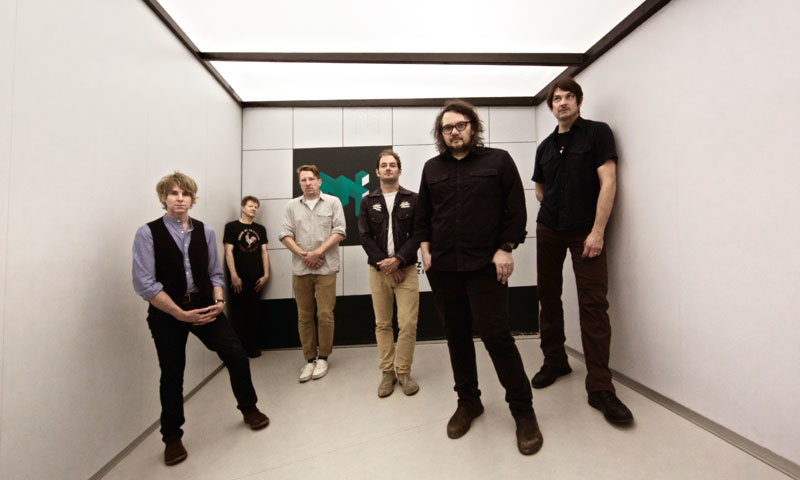 You can hold out only so long against the truth: Wilco has become dad rock. For people of a certain age — cough cough me cough cough — Wilco personifies alt-rock’s retreat into the mundane. Yankee Hotel Foxtrot could once be heard in every car and four-walled structure in Lawrence in 2003, from record stores to sorority houses. Everyone loved that thing. Since then, Wilco has released six full-length albums and a live record, a stack of music that’s won positive reviews but also shown some struggle. Commercially, the band has launched other records into the top 10, including Sky Blue Sky and a self-titled disc, but none has sold as well as Yankee. It is a classic, an all-time great.

So Wilco has gone from being the soundtrack of contemporary rock music to, I mean, holy god, what year is it? Touring ahead of its 10th studio album, Schmilco, and playing Crossroads KC on Tuesday, the band will be greeted here by fans in their 30s and 40s and older. An act that dabbled in classic-rock tropes is becoming, or already has become, classic rock proper — music destined to remind countless children of their mothers and their fathers. So it goes with all acts that last, be they Madball or Wilco or the guy who recorded a song with “Wang Dang” in its terrible title. As they say, each one is a setting sun.