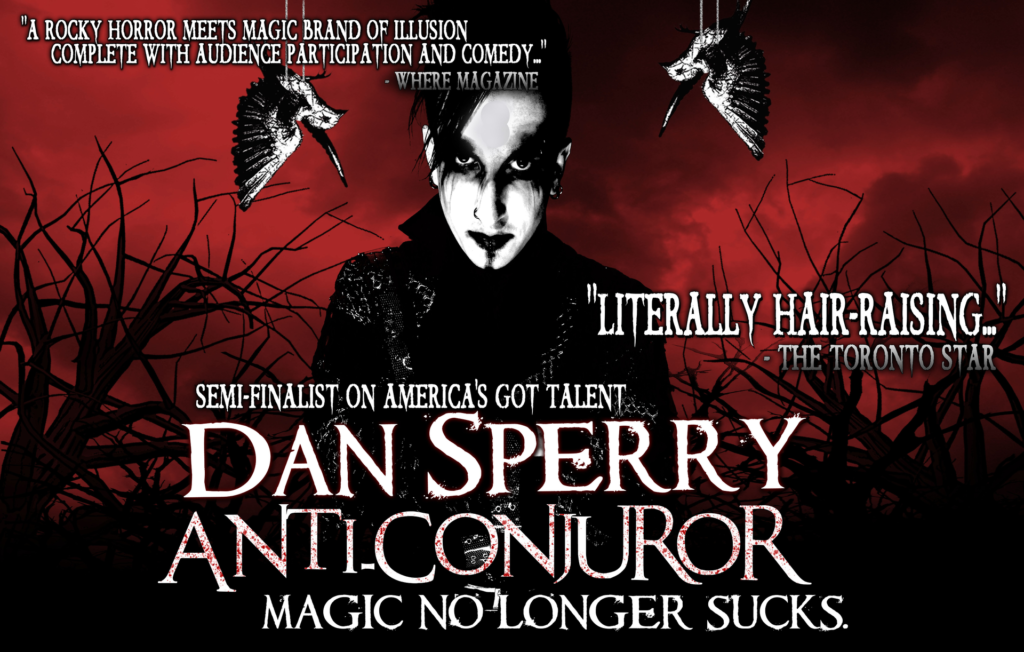 A self-described “anti-conjuror” (translation: “not your grandmother’s magician”), Dan Sperry wants to shock his audiences. He prefers raw industrial music and costumes from the goth end of the weirdo rack, including spiked jewelry, white face paint and fake blood (think Marilyn Manson or Lisbeth Salander from Stieg Larsson’s Girl With the Dragon Tattoo). As a child, Sperry was captivated by the magic of illusionist David Copperfield, and he got his start performing at family picnics before going on to appear on season five of America’s Got Talent. Now an experienced pro, he’s a regular fixture in Las Vegas, and his act can make any day feel like Halloween. Catch Sperry’s creepy and mysterious — but oddly satirical and funny — repertoire of illusions at the Folly Theater (300 West 12th Street) at 7:30 p.m. Tickets range from $20 to $65 and are available at dansperry.com.