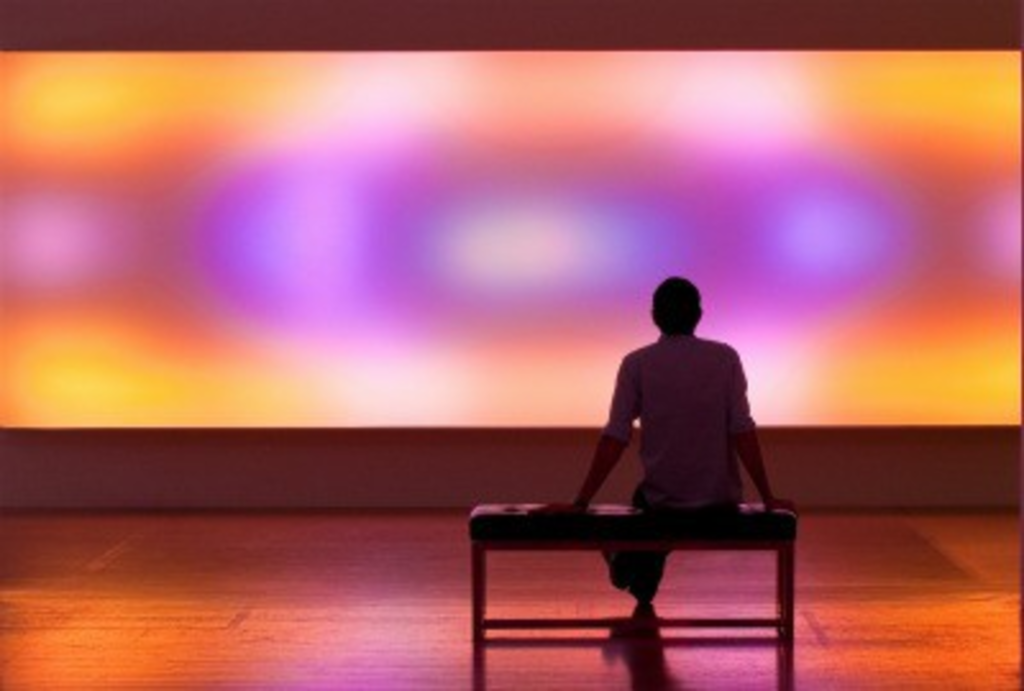 The Nerman Museum of Contemporary Art (12345 College Boulevard, in Overland Park, 913-469-3000) has a striking installation —
“Microcosm” by sculptor Leo Villareal — in its cantilevered entrance, and the work has come to define the young institution’s image.
Museums nationwide exhibit the artist’s elaborate and architectural work. (The tunnel between the east and west buildings of the National Gallery of Art, in Washington, D.C., is illuminated by his piece “Multiverse.”) With Villareal’s reputation spreading, the Nerman has put up a not-to-be-missed exhibition
(organized by JoAnne Northrup of the San Jose
Museum of Art) that represents his body of work. Villa­real’s pieces center on light patterns based on mathematical formulas — he’s interested in changes over time and the often hypnotic effects of patterns on the viewer. At 7 p.m., the artist delivers a lecture in the museum’s second-floor auditorium. Leo Villareal stays on display through September 18. For information, see nermanmuseum.org.