Il Lazzarone is already cool. It’s time for it to be great, too 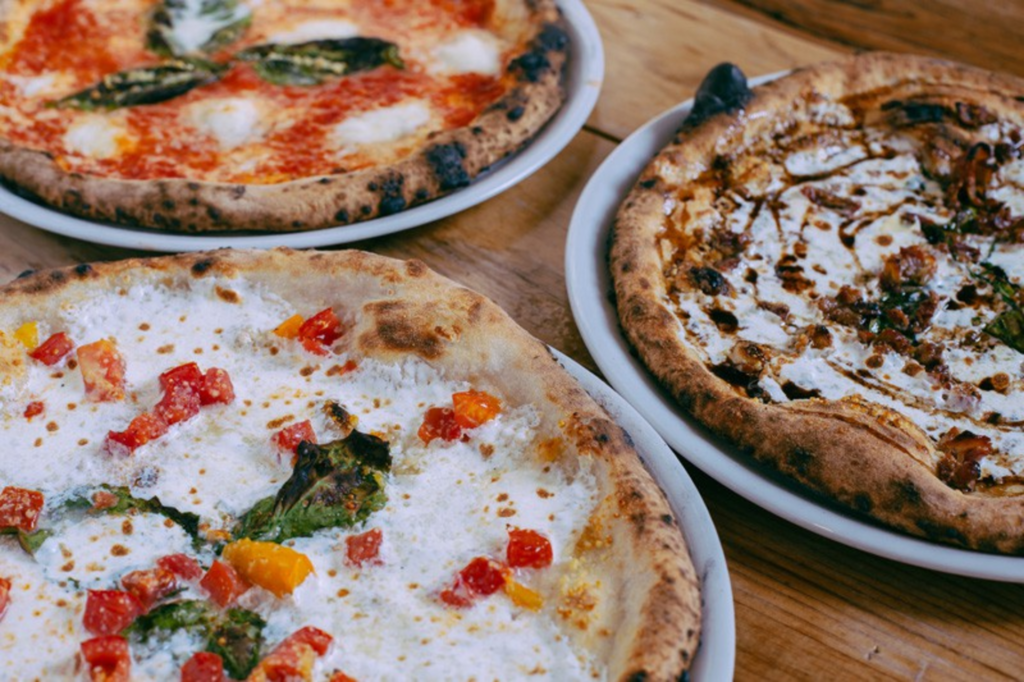 I’ve experienced and tasted a number of things at Erik Borger’s Il Lazzarone pizzeria since it opened in the River Market. I’ve eaten some remarkable wood-fired pizza (and been served one that was all but inedible). I’ve been waited on by a couple of excellent servers (as well as by two who were memorably disappointing). I’ve marveled at the impressively appointed bar (and been baffled by a bartender who somehow lacked even a rudimentary understanding of hospitality).

About the only thing I haven’t seen in the place is an actual lazzarone. Probably because, however you define that Italian word — a lazy bum, a smirking playboy, a lowdown scoundrel — a true lazzarone probably couldn’t afford to run up a check here. Borger’s pizzeria does for KC’s relatively blue-collar pizza market what Miuccia Prada did for handbags. The rustic, delicate pies are constructed from superb ingredients, and the prices reflect both that overhead and Borger’s not inconsiderable ambition.

The pretty, lightly scorched pizze at Il Lazzarone mean, you see, to be officially sanctioned. True Neapolitan pizza, the serving staff assures you, must hew to the rigid guidelines of the Associazione Verace Pizza Napoletana. Borger’s original Il Lazzarone, in St. Joseph, was authenticated by the American delegation of that group; he’s waiting for this second of his restaurants to gain the same endorsement.

His more immediate concern, however, should be earning the less formal seal of approval from customers, some of whom have steadily told me since the restaurant opened that Il Lazzarone’s lackadaisical service and uneven food have left them reluctant to return. On some of my own visits, I’ve seen what they mean.

To give general manager Josh Young and his staff the benefit of the doubt: Il Lazzarone opened on great gusts of hype (some of it from me, given that I was and remain a fan of the St. Joseph location). But enough time has elapsed to expect Borger and Young to give their diners a consistent experience — or a better one, anyway, than a couple of the ones I’ve had here.

I’m thinking of the Saturday that I stopped by around 11 p.m. The dining room was empty, so I headed back to the bar, with its long, inviting countertop and visually appealing array of well-chosen spirits and liqueurs. A few patrons were enduring sexually explicit hip-hop that had been cranked up to something like concert volume (chaser music — high-volume sounds that encourage visitors to pay their bills and get out). A friend and I sat at the bar, waiting to be acknowledged, but gave up after a few minutes. The bartender followed us out to the dining room, which was churchlike by comparison.

“Sorry about that,” he said, “but the Blackhawks just won the game, and everyone in the bar is so excited.”

Everyone? The roomful of hockey fans consisted of three people at the bar, all looking at their cellphones, and a group of three women at one table. The bartender walked back to what seemed to be his personal party, and my companion and I shared a meal in the dining room. No other customers came in.

A few weeks later, also after 11 p.m., I had a much more congenial experience dining at the bar (where 1950s jazz was playing at a very mellow level), but I was one of three people sitting there — the other two patrons were Il Lazzarone employees — and the only one eating. It was a Sunday night, when the restaurant closes at midnight, allowing restaurant-industry people to stop in for a late-night drink and a pizza, ahead of what for many of them is a day off.

Sometimes they come, sometimes not, the bartender Laura told me. And there are no longer late-night food specials to lure nighthawks. (The $10 pizza pies, excluding the $18 margherita D.O.C., with buffalo mozzarella, are now offered only from 11 a.m. to 3 p.m.)

There’s much more vitality in both the bar and the dining room during the more familiar dinner hours, 6-10 p.m., when there is an honest sense of excitement about the place. And Il Lazzarone can be exciting, when its 20 pizza choices, three salads and decent appetizers are made right and served professionally.

The basic combinations are, almost without exception, the most satisfying. The non-D.O.C. Margherita is just San Marzano tomatoes, extra-virgin olive oil, basil, mozzarella and sea salt, but it’s intensely flavorful and filling. Among the more theatrical offerings, the Crepa — with mozzarella, olive oil, applewood-smoked bacon, garlic, basil, sea salt and a balsamic glaze — is a delicious mix of sweet, smoky and salty. And the Supremo — topped generously with tomatoes, mozzarella, olive oil, sea salt, pepperoni, sausage, red onion, garlic, basil and Brussels sprouts — is visually artful and a memorable mélange of tastes and textures.

Visual appeal was all that the pesto pizza I tried had going for it. The house-made pesto — accompanied on the pie by cherry tomatoes, parmigiano-reggiano, sausage, olive oil and sea salt — was ridiculously salty the evening I sampled it. (Like a couple of other pies that I tried here on different visits, this one was more blackened in places than charred, a difference of mere seconds in the oven that yields a distractingly burnt taste.) I admired its look but gave up after a few bites.

I had looked forward to trying the signature Margherita D.O.C., with its fragrant basil complementing the mozzarella di bufala (the latter being key to its D.O.C. status). But most of the Il Lazzarone pies I’d ordered so far had been comically stingy with the fresh herb, and this was the most egregious case yet: two lonely leaves, banished far off-center.

Much better was the Lazio pie, one of the menu’s 10 white pizzas. It’s divinely unfussy — mozzarella, grape tomatoes, olive oil, sea salt and garlic (and, nominally, basil, though again assigned only as a spartan accent) — and thoroughly rewarding in its simplicity. It’s even good the next morning, chilled from the refrigerator.

The salad choices are not particularly memorable here — I’m not sure that the kale, apple, walnut and feta combination I ordered was even served with the promised olive oil. A caprese salad, listed among the five appetizers, was tasty enough but visually a bomb. A charcuterie plate, on the other hand, was nice to look at but indistinct in its flavors.

Like the St. Joseph location, the River Market Il Lazzarone has a no-frills, industrial aesthetic: concrete floors, exposed brick walls, tables made of rough-hewn planks and rebar. The atmosphere is urban and cheerily noisy when the room is populated, and watching the Naples-manufactured Acunto Mario Forni oven — the exhibition kitchen’s centerpiece — is like peeking into a scene from Dante, the flame within dancing hypnotically.

Unlike the St. Joseph Il Lazzarone, though, this one seems to have less Erik Borger. The convivial chef-owner lives with his wife and children in St. Joseph and has seemed to me less visible here the more recently I’ve visited. When an ambitious restaurateur isn’t able to be as hands-on as he needs to be, the quality control — for both food and service — is going to suffer. And at Il Lazzarone, it has. But not insurmountably.

Borger should be able to iron out his newer place’s kinks, flubs and irritations with relative swiftness if he pays attention. The potential here remains great. The room is hugely appealing, and when the pizzas are made to Borger’s standards, they’re as good as Neapolitan pizza gets. The trick to this Il Lazzarone earning respect will be for Borger to raise his staff’s standards and then make sure that those — and his food’s — are met.