Ikea: I shopped there once, and it wasn’t a big deal 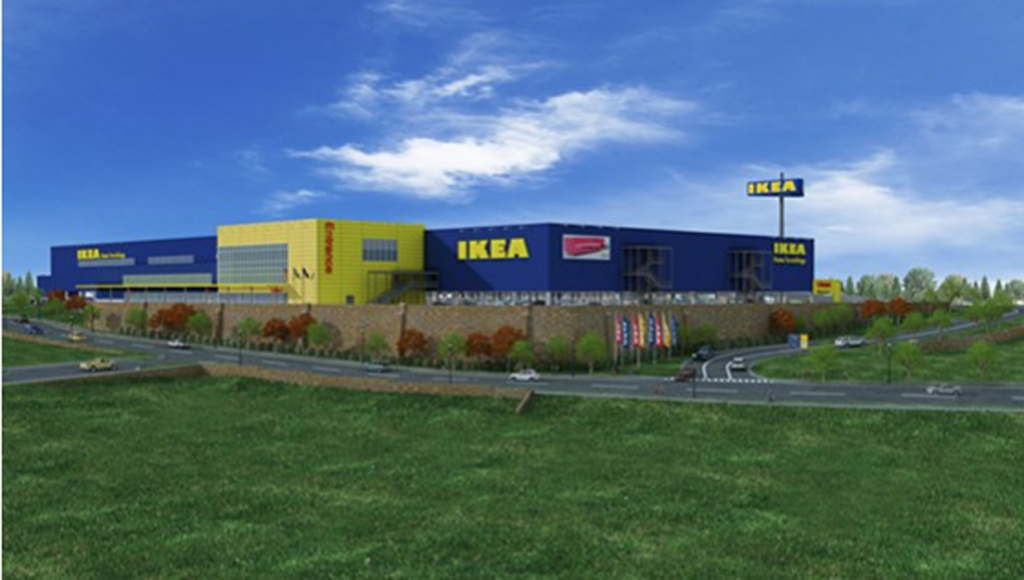 Back in 2012, when I was working as the real-estate reporter for the Kansas City Business Journal, I got a tip that Ikea was snooping around town looking for a location.

I told my editor about it, and his eyes lit up. He said that “Ikea” was a common search term popping up on the newspaper’s online archive, which made him wonder whether something was afoot locally with Ikea.

So I made some calls, sifted through some documents and came away fairly certain that Ikea would land in Merriam, despite the company’s backpedaling away from my inquiries about the matter. A few months later, the Swedish furniture retailer announced that it would build one of its monstrous blue cubes in Merriam off Interstate 35 and Johnson Drive.

What I learned more than anything by publishing that original story was the mere mention of Ikea in the written press will whip the retailer’s cultlike following into a lather. Ikea stories always get read and passed around and discussed on social media, which is more or less what a journalist likes to see happen with one of their stories (unless it’s cheap non-news designed to attract eyeballs).

Other news editors in the area have picked up on that phenomenon, because any incremental bit of news about Ikea gets prominent play in local media. Today is one of those days. Ikea sent out a press release saying it’s hiring 300 people, and just about all the local news outlets bit on the story.

Is it unexpected that Ikea would start hiring people to staff its local operation? Did anyone do a story when Steinmart presumably started hiring people at its new location in Overland Park’s Corbin Park development?

Clearly the store has a devoted following, sort of like Trader Joe’s, except even more fervent. Its perception of exclusivity – Ikea is quite selective about where it will build – adds to this mystique and makes Ikea coming to Merriam later this year seem like a bigger deal than it is. But maybe there’s more to an Ikea. Maybe I’m unenlightened.

It’s with that thinking that I decided to visit an Ikea a couple of weekends ago when I traveled to Denver to visit family. I do actually need some furniture, so I didn’t go solely as a tourist. But I did want to see what the hype was all about.

Colorado’s Ikea opened in 2011 in Centennial, a south Denver suburb. The store itself is close to Park Meadows Mall, an enclosed mall that has remained successful and bucked the economic pressures that have forced so many other shopping centers to close. It’s near the Denver Tech Center, which is somewhat like Corporate Woods in Overland Park, and is along the Mile-High City’s expansive light-rail line.

First impressions form lasting judgments, and my initial take on Ikea upon walking in the entrance was confusion. I had two options upon entering: Take an escalator up to a showroom or proceed straight to where you can actually buy the stuff. It’s quite a departure from your ordinary furniture-store layout, in which the store puts one example of every product on display, and an employee fetches what you want from an unseen warehouse in the back of the store. At Ikea’s entrance, you’re told to grab a pamphlet that looks like a golf scorecard to record the item numbers of products that you’re interested in buying.

I was about ready to give up, but a sign for a $1.99 Friday fish ‘n’ chips special in the cafeteria caused me to forge ahead to the upstairs showroom.

Another departure from the typical retail experience: You can’t walk directly to the section of the store that carries the items you want. Go to a Target and look toward the ceiling and you will spot signs for sporting goods or office supplies or whatever you’re after, and you just head in that direction.

That’s nearly impossible to do at an Ikea.

Ikea is more of a yellow-brick-road-type layout where almost all customers, and certainly novices, follow a fixed path through the store. It causes customers to see almost everything in the showroom. It’s clearly designed to promote browsing, and thus increasing the odds of a customer buying more items than they originally planned.

The other thing that grabs the consumer’s eye: All the prices seem so damn low. But Ikea has some pricing tricks.

For example: The only thing I really wanted was a chair. There was one in the showroom that looked like one at my house that I enjoy but is falling apart after a decade. It’s a rocking-chair-style wood frame with a black cushion.

The big price tag said it was $50. Seemed like a great deal, until I saw that the price just applied to the wood frame. The cushion’s price tag was inconspicuous and read $60. By then, my heart was set on the chair that I fleetingly thought cost $50, and so I grudgingly reconciled the fact that I would pay more than double what I originally thought I would pay for a new chair. Still, $110 isn’t an offensive price to pay for a new chair.

So I wrote down the model number on my scorecard and kept hiking along Ikea’s showroom trail. I had to pass sections of stuff I didn’t have any interest in buying –  office furniture, kitchen fixtures, bathroom accents – but stopped when something else caught my eye. On the way, you pass these little rooms you can walk through where Ikea’s compact furniture is arranged in such a way as to prove that a family of three can live easily inside a 500-square-foot apartment, as though they were in an expensive high-rise in downtown Stockholm.

I finally reached the end of the showroom tour, and because I’m a reasonably disciplined shopper, I stuck to my chair purchase, despite passing other things I thought might come in handy.

Once you figure out what you want, you proceed to this huge warehouse where almost all the product is kept in compact boxes. Ikea’s price points remain somewhat low, presumably because the customer has to put together almost everything that they can buy at the store. Then you wheel your cartful of boxes to the checkout aisle and you’re on your way.

The experience wasn’t that bad but certainly not exceptional. The furniture itself is fine, if not terribly sturdy. It will be nice to have an Ikea close later this year. It’s the type of place that’s good if you’re getting furniture for your children, who will probably clobber most of what they have as they grow up. And it’s better to pay less for the bed that they will outgrow in a few years. But the experience probably wasn’t worth the hype.

If I do visit the Merriam Ikea, it won’t be for months after the traffic at Johnson Drive and I-35 dies down a bit. Maybe by then, everyone else will finally realize that Ikea is no big deal.