If You’re Going to Wa-akarusa 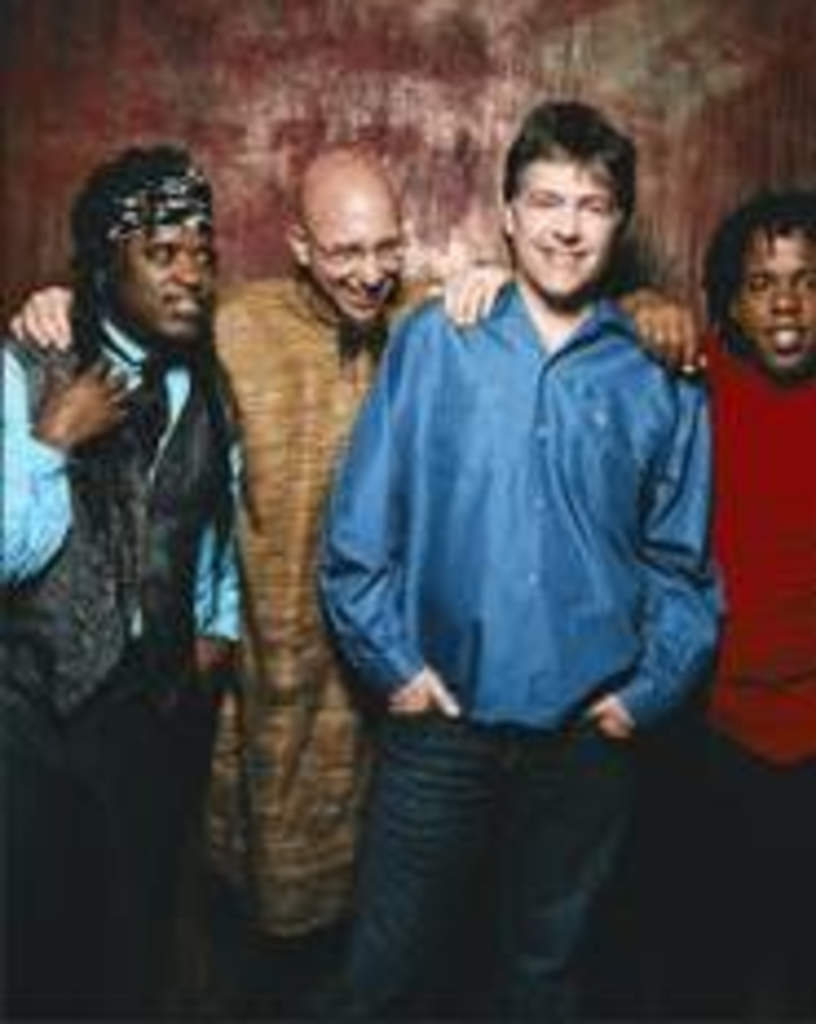 The tension between indie and jam fans doesn’t quite equal the strain between George W. Bush and Iran, but then again, it’s definitely more intense than the battle Dubya had with that pretzel. So when a band from one genre crosses so effortlessly into the other, it’s something to note. In Lucero’s case, it’s monumental. Although it’s doubtful that this Memphis foursome’s Southern-fried twang will make it into the Pitchforkmedia.com Top 10 anytime soon, there’s a certain amount of ironic, self-deprecating charm that keeps the band out of dreaded, barren Skynyrd territory and safely installed in the much more acceptable camp of Kings of Leon and Drive-By Truckers. — Aaron Ladage

Michael Franti and Spearhead
Fifteen years ago, just as gangsta rappers had started to desensitize us and even convince us that all their talk of bitches and bling was virtuous, Michael Franti came along with his deep, Chuck D-influenced baritone to slap some serious sense upside our heads and show the world just how incisive hip-hop could be. The collective consciousness hasn’t been the same since. These days, Franti favors a live-instrument, hippie-friendly reggae-jam hybrid, but he still gives the patchouli-and-tie-dye crowd some difficult issues to chew on. — Saby Reyes-Kulkarni

Michael Franti and Spearhead. 6 p.m. Friday at the Sun Down Stage.

Shooter Jennings
Shooter Jennings had a country outlaw for a father, grew up on tour with country rebels the Highwaymen, and is now breaking a few country rules himself by embracing the Southern-rock side of the biz. Consider a conversation overheard at a recent West Hollywood show between his tour manager and a friend: “I keep telling him to lay off the effects. So he said, ‘Tonight, no effects. We’ll play acoustic.’ I said, ‘Good. Then maybe it’ll sound like a country show.’ And he said, ‘Fuck you. We’re using effects!'” — Cole Haddon

Cracker
Call Cracker’s new album, Greenland, many things: haunting, bittersweet, the band’s best work since underrated mid-’90s masterpieces Kerosene Hat and The Golden Age. Just don’t call it mature. “Usually, mature, when you read that in a rock review, means that it’s a boring record,” says frontman David Lowery with a laugh. “‘Paul Westerberg has written his most mature record to date.’ Like, oh, shit, it’s going to be boring. But me and [guitarist] Johnny [Hickman], we’re both in our forties now…. This is the time of your life when you start deleting people from your address book … because they’re dead.” — Ian Froeb

The Dirty Dozen Brass Band
Now 27 years old and all the funkier for it, the Dirty Dozen Brass Band — that New Orleans horns-and-boogie nonet — started as a traditional jazz-funeral ensemble and wound up, through grit and guest appearances, its hometown’s biggest export since obesity. The band’s adventurousness has helped; though certainly steeped in the past, the Dirty Dozen has always treated the boundaries of genre as recklessly as the Mississippi washes over its banks, with gumbo jazz spilling over into funk, rock and anything else. Funeral for A Friend, the band’s latest disc, could be about its city itself; like New Orleans, these guys come out swinging, no matter what. — Alan Scherstuhl

The Dirty Dozen Brass Band. 2:30 p.m. Saturday at the Sun Down Stage.

Andrew Bird
In the infancy of his career, singer-songwriter Andrew Bird was the perfect example of a musical chameleon, spending equal amounts of time between his own quirky endeavors and, as an honorary member of the Squirrel Nut Zippers, the overhyped revival of swing in the mid-’90s. Today, however, critics would be hard-pressed to call him anything but an original. By leaning heavily on his strong musicianship on the violin and guitar — not to mention his own claim of being a “professional whistler” — Bird has become an innovator who has charmed the likes of Ani DiFranco, My Morning Jacket and Neko Case. — Aaron Ladage

Gabby La La
Wakarusa’s most adorable attraction, Gabby La La, sings about elves, pirates and genies in gleeful tones that recall Björk and Cibo Matto at their most effervescently enthusiastic. On her 2005 debut, Be Careful What You Wish For … , the pixieish Petaluma, California, native plays sitar, ukulele and toy piano over producer and mentor Les Claypool’s elastic bass lines. Claypool shares the stage with Gabby a few hours before his Saturday night solo set. His star power could overpower a lesser protégé, but Gabby’s multi-instrumental mastery and animated delivery should hold the crowd’s attention. — Andrew Miller

The Flaming Lips
The Flaming Lips are back in Wakarusadelic rock form with At War With the Mystics, a collection of riff-and-bass-line-heavy odes that will probably sound great live. (Is this album about the Bush administration, or am I just stoned?) But the Lips have been refining and redefining their style since the ’80s, scoring with silliness across the spectrum from “She Don’t Use Jelly” to “Pompeii and Götterdämmerung.” Add references to the ol’ wake and bake (“It Overtakes Me”), and you can almost smell the festival in the air. — Chris Glenn

ALO has a mission in mind for its listeners. It wants to release your inner animal — your inner dance animal, that is. This jammin’ funk outfit out of Santa Barbara, California, is notorious for getting loads of groovy audience members on their feet and moving in spin formation from the very first chord. The band’s upbeat, soulful melodies and sunny lyrics are clapworthy and fun, though the group does show a teensy bit of its contemplative, darker side once in a while. Think Phish meets Frank Zappa. — Lorna Perry

William Elliot Whitmore
Seeing William Elliot Whitmore and hearing him are two different things. His young Iowan face, tattoos and normal-dude appearance disguise the unnaturally gravelly and aged Southern baritone that comes out when he sits down to pluck a guitar and bang out a Johnny Hooker-style beat with his heel. As with many bluesmen, his subject matter is largely dark, focusing on death, love and belonging. But even though he might have been born 50 years too late and three states too far north, he’s the real deal. — April Fleming

Bela Fleck and the Flecktones

The Captain Kirk of the banjo, Flecktones leader Bela Fleck boldly takes the instrument to the farthest reaches of the galaxy and other places it has never before been (or even imagined going), with help from the progressive fusion that his band of creatively strong-willed musicians specializes in. Fleck gives these guys ample room to flex, which is what makes their work so appealing to chops-heads. Not-so-secret weapon and resident bass superstar Victor Wooten’s precise, furious style suggests what an octopus would sound like if taught to slap up a storm. — Saby Reyes-Kulkarni

Bela Fleck and the Flecktones. 10:15 p.m. Sunday at the Sun Down Stage.