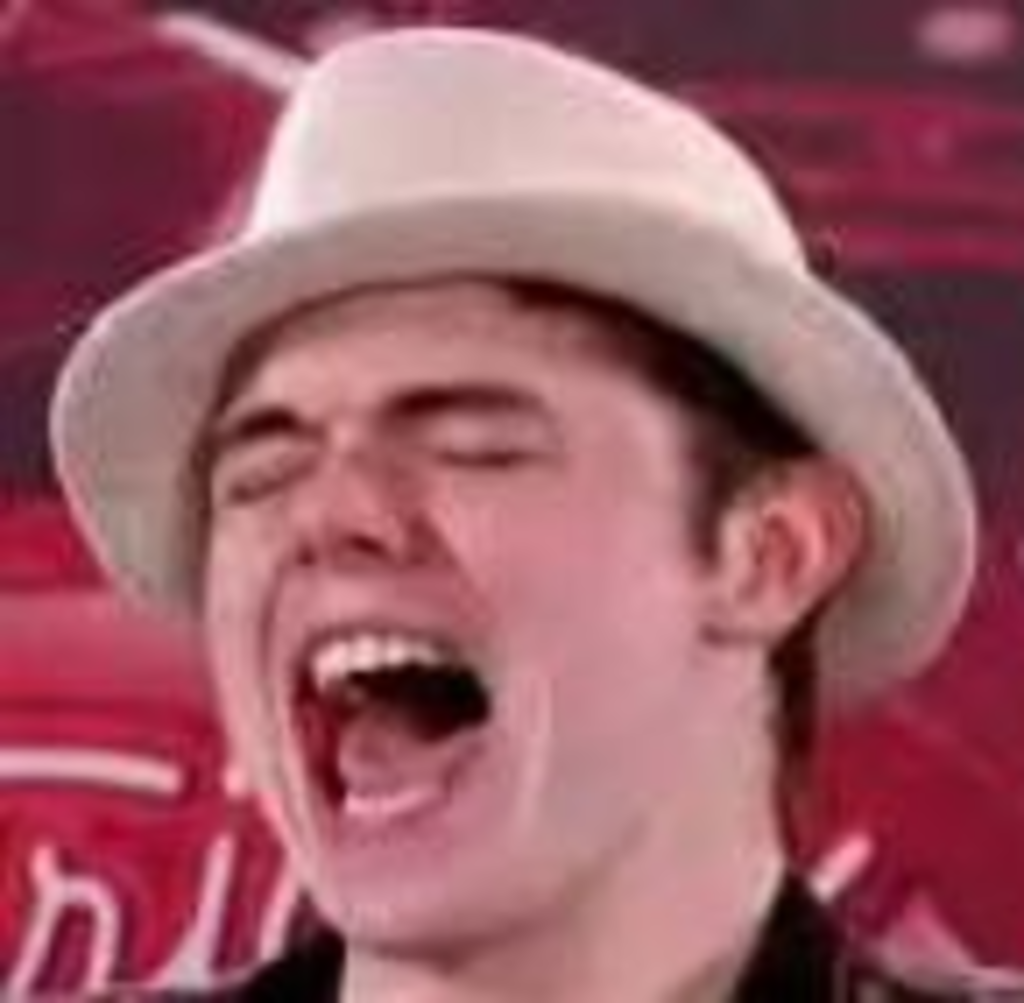 While you were sitting on the couch with your hand in a bag of donuts and a bottle of Ranch wedged in your double-chin, someone at MTV was actually hard at work live blogging the show you were both watching. Said live-blogger writes:

8:22 pm – “Backstage at the Kodak Theater, Von Smith is preparing for his performance.” Which means he’s getting ready to unhinge his jaw and scream like a banshee. Can’t wait!

Thank you, MTV Newsroom, for reporting the advancement of the infamous, twitchy, Greenwood, Missouri, native Von Smith past day one of American Idol‘s Hollywood Week.

More Idol news after the Vonheads.