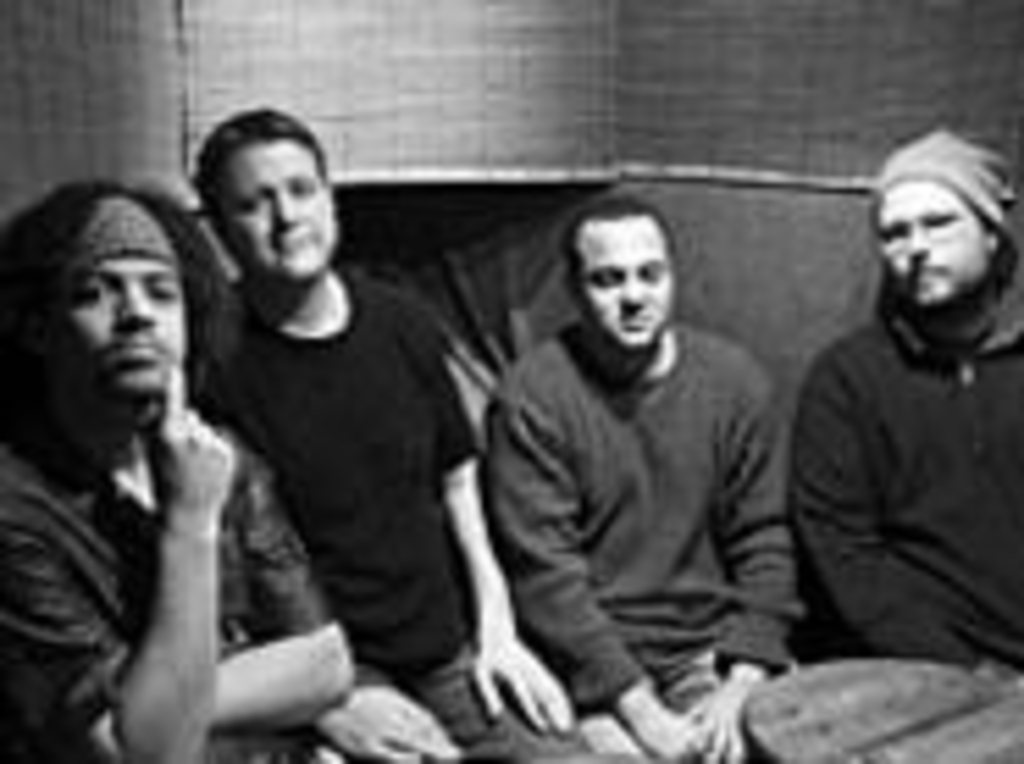 When a band is in the studio on the label’s bill, the following moves could easily lead to disaster: delaying release dates, scrapping songs and/or changing sounds. Occasionally, record labels actually don’t understand their artists’ visions, but for every Wilco with a Yankee Foxtrot Hotel there’s a Rick James with a Cold Blooded waiting in the lobby.

The members of Lawrence’s Djnotadj didn’t have any of that to worry about during their five-month foray into the studio. The band decided not to rush what could be its magnum opus, and it didn’t have to, because its studio space was electronic multitasker Jerett Fulton’s house.

“It ended up taking awhile to do,” Fulton confirms, “but when we say it took five months to record, it wasn’t like we were in there for twelve hours every day.” Nor were the Djnotadj players in the studio together all at the same time. Instead, working with the limited space available in Fulton’s garage meant coming in when time was available to lay down tracks and becoming very familiar with the mixing board.

“People could go back and tweak stuff whenever they wanted,” says Nate Holt, the group’s keyboardist. “Some of those songs just sort of came out.”

Those tunes, compiled on the not-yet-released Deep Roots in Shallow Ground, make up one of the region’s most original records in recent memory. It’s easy to call it original for this area, though, because no one really attempts to do an electronic-influenced, break-beat-heavy, psychedelic dub thing around here, least of all with live instruments. Deep Roots combines reggae, rock, hip-hop, soul and groove elements, easily moving from hypnotic and mellow to urgent and frenetic. And the album’s inherently organic feel makes sense, because the group fashioned its songs in the studio much like they began onstage, when each was just a nameless groove in one person’s head.

“We had structures that we brought in the studio from live shows, and we just did them all over again and built further in postproduction,” Fulton says. “Some of the songs that we hadn’t played live before were developed in my room on computer programs, but I think everything got created after the basic tracks were recorded.”

But for all that group chemistry, Deep Roots does sound like an electronic record at times. When you see Djnotadj perform, the instruments are being played by people — Fulton, Holt, bassist Dash Williamson and drummer Bob Little. Instead of starting a rave, those performances could just as easily drift into a jam, turning the room into a cosmic noodle-induced patchouli haze.

“We like to make people dance at the shows, so it’s cool to be able to change the flow with the crowd,” Little says. But with crafty production being the trademark of Deep Roots, it’s often hard to hear where the person ends and the machine begins. How all that’s going to play out onstage remains to be seen.

“We tried to make the record as seamless as possible, and it is. But now it’s become cyclical, and that’s affecting our approach onstage,” Fulton says, acknowledging the temptation to do too much live with all the group’s new toys and training.

“That’s the trick,” Holt adds, “trying to be tasteful with it. Drum ‘n’ bass is hard to recreate live because you don’t have five hands to do everything, and when you’re adding tracks on loops, it can turn into a lot of noise. But that’s why we use our drum loops: to try to keep that organic sound. I don’t want it to sound like we just went up there and dropped the CD in.”

That idea is catching on now, with electronic stalwarts such as Paul Oakenfold taking live groups on tour. Still, Djnotadj doesn’t aim simply to be a “live PA” sort of band. “If we wanted, all four of us could stand up there and do that, and it would be more like the Chemical Brothers,” Fulton says.

Instead, Djnotadj plans to sound more like, well, Djnotadj, whatever that sound might be. “If we use the equipment to enhance our show, and we’re smart about how we use the toys, the human improv side of it will definitely be equal or overshadow anything else we’re doing,” Fulton says. “We teeter into jam territory just because there’s so much free-form in what we do, and we’re not as mechanical.

“We took advantage of being in the studio, but I hope when people hear it, it’s well-produced enough that you wouldn’t expect that live if you came to see us in concert,” he continues. And those who have never seen the band in concert? “They might be disappointed if they wanted to see the album played to that perfection. But maybe the album needs to be what the album is, and we take these next two months [off] to see what we’re gonna bring live,” Fulton says.

Maybe. Five months ago, Djnotadj thought it was a Lake Trout-influenced band, billing itself as a live, electronic alternative. Then its members convened in the studio, spent some time developing songs rather than hatching them onstage and made music to satisfy themselves, without a crowd to please. Now, Djnotadj acts like a group of guys who have just broken up with their girlfriends and are ready to conquer the world.