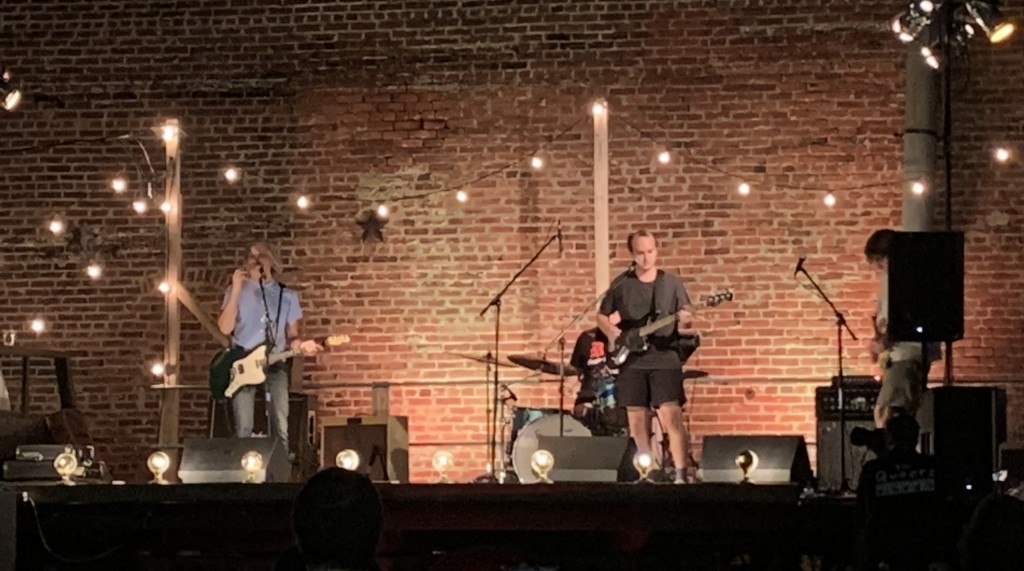 There were a lot of things we missed during the pandemic, one of them being live music. Artists went a year and a half without performing live and their faithful fans could only listen to the recording of their favorite albums. But unlike the normal music-goer who has only been waiting since the pandemic began, fans of IDAHO had been waiting 20 years to see the band perform live again. On Friday, they finally got the chance to do that at Lemonade Park.

IDAHO started in the 90s, releasing eight albums before calling it quits in the late 2000s. The band’s frontman, Jeff Martin, had never planned on touring again, but after lockdown (and the help of the Internet) Martin decided to tour one more time. Touring alongside native KC bands the Slights and The String and Return, the night promised a slowcore concert that was sure to entertain old and new fans.

Going into the concert, I had no idea what to expect. Being the meek 20-year-old music fan that I am, I had never heard of IDAHO before. Their music was a popular part of the slowcore genre that had come long before my time. Still, I went into the night with high hopes that even though I was most likely not going to know any of the music, I was going to have a good time.

The night opened with the Slights definitely set the tone for the night. Sitting in the audience, you could tell that people were still getting into the groove of concert life. Quiet moments could grow awkward at times, almost as if the audience wasn’t sure how to act, but frontman Matt Dunehoo never faltered and provided all the energy the venue could need with his wacky antics.

As the sun began to set, the mood of the evening shifted with it. The String and Return provided the soft-rock background that allowed for conversations people could only have at Lemonade Park. The hour set featured unreleased songs like No More Landmarks along with released hits like Roundworm brought contrast to the Slights sound, which was perfect foreshadowing for the set IDAHO would perform later. The audience was also able to find its groove began to set in for a night of good music.

Finally, the time had come and IDAHO took the stage. Bring back a range of classics, they sounded as if they had never left the stage. While their music can sound bleak at times, as is the nature of the genre, they kept the audience involved and entertained. The switch between some of their slower “oldies” to more upbeat ones that were supposedly new songs showed the range the band has.