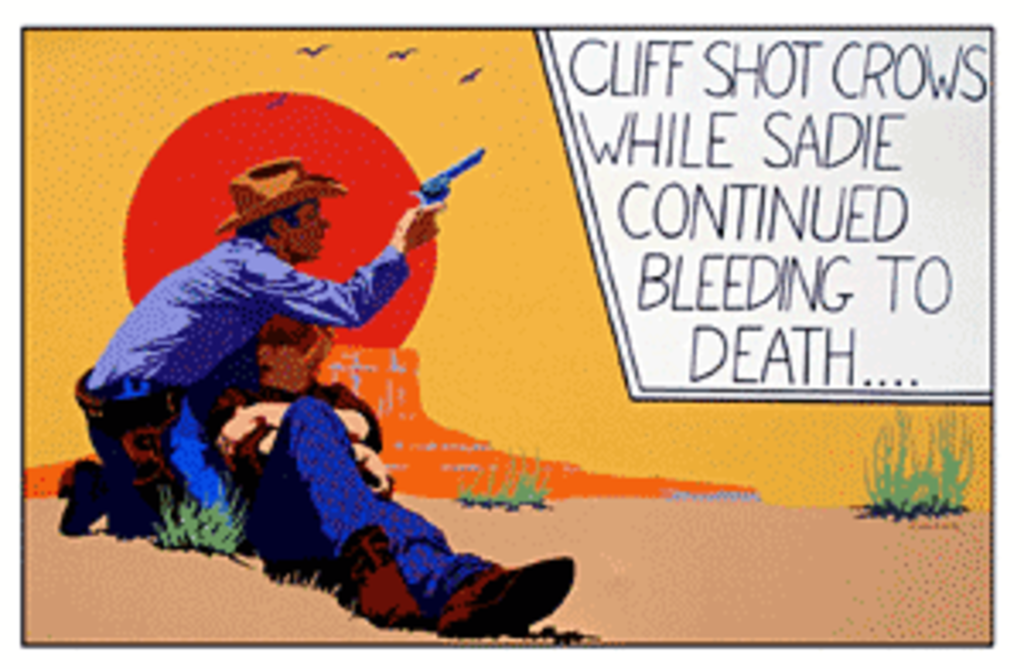 Even before the wavering Morricone whistle cut through the dusty air between Clint Eastwood and Lee Van Cleef, the mythos of the American West had been exalted, parodied and pilfered. It endures as the most pronounced American iconography, though largely flushed of meaning by Hollywood and more than a few political posers.A new exhibit called Looking West at the Belger Arts Center (2100 Walnut, 816-474-3250) promises fresh riffs on the visual clichés of frontier boomtowns, bowlegged cowpokes and spinning spurs. Spanning many kinds of media, the group exhibit showcases different artists’ takes on the frontier, including a mandala-style sculpture of plastic cowboy figurines and a video piece of a cowgirl lassoing underwater. The exhibit doesn’t focus on the debate about whether the claiming of the West was brutal imperialism or divinely ordered providence. It’s more about dismantling the archetype while honoring it. Brokeback Mountain exposed the false machismo of the Lone Ranger, but that doesn’t mean you’re a gullible sap if you tear up a little when John Wayne dies in The Shootist. The show runs through February 1.