‘I felt like I had to be double honest, really’: Ben Folds on his new book ahead of a reading and concert in KC Friday 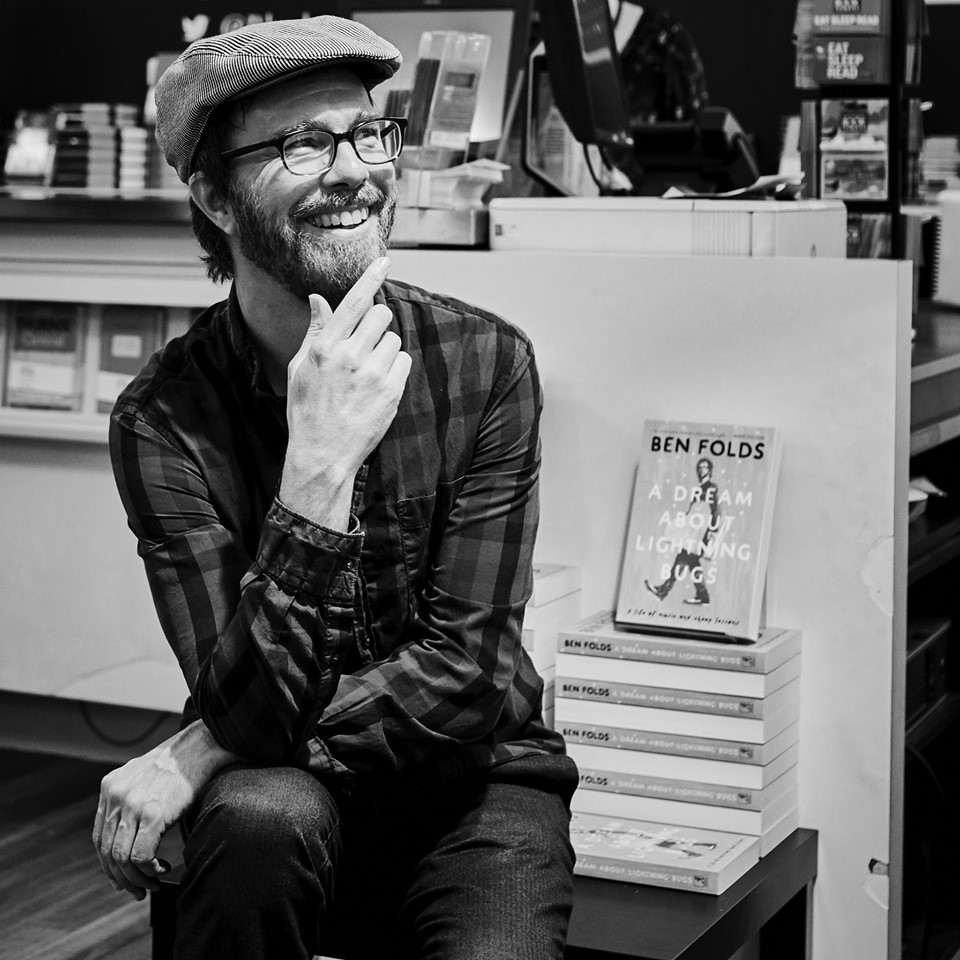 You know who Ben Folds is. You’ve wondered why the band was called Ben Folds Five when there were only three guys, probably cried a little listening to “Brick,” maybe sailed a paper airplane with a song request to the stage at one of his many sold-out shows. But you likely don’t know Ben Folds. His new book, A Dream About Lightning Bugs: A Life of Music and Cheap Lessons, released last month by Ballantine Books, changes some of that.

Part memoir, part thoughts on the creative process, A Dream About Lightning Bugs is unflinchingly honest; Folds doesn’t shy away from discussing the dick moves and outright assholery he’s dispensed across more than two decades of being a famous dude. It’s not what you’d expect from a legacy artist who went from playing rollicking piano-rock performances with his scrappy trio to headlining theaters to recently being named the first-ever artistic director at the National Symphony Orchestra at the Kennedy Center. It’s not safe, it’s not sanitized, and it was a real delight recently to speak with Folds by phone about the book and his career.

The Pitch: Reading your book, you were extraordinarily honest about some horrible things you did, and that was pretty surprising.

Ben Folds: [laughs] Well, thank you. I didn’t kill nobody. I didn’t set out to make a book of uncomfortable revelations, but when it was necessary, I had to swallow everything and do it, the same way I would in a song like “Brick,” which is about teenage abortion. I didn’t want to make a song about that, but I wanted to make the best song that I could, and that was a powerful story and emotion for me, and as a songwriter, it was my duty to be honest and use that in the best way that I could.

Yes. That’s a great way to think of it, and there’s two reasons to be honest in a book like that, to me: One, I don’t judge someone for wanting to make everything up. If someone writes an autobiography, and they make it all up, they’re not going to hell. I don’t have a problem with that—if it’s a good book. My problem is that I wasn’t going to make a good book, just to make shit up. I’m trying to make a book about songwriting and creativity: making things. I believe it’s important to be honest in your art, and if I’m not showing honesty in my life, I’m not sure there’s any credibility to claiming you should be honest in your art. I felt like I had to be double honest, really.

Also, I found it to be therapeutic in a way that I would not have expected, to weed out as many of my personal legends and exaggerations. All of that anecdotal gold in dining situations, you know? You’re at dinner, and you’re telling a story, and you get a good laugh, and you think, “That would be good in my book.” But, if you take out the exaggerations and the person who filed it [in their memory]—I’m telling a story from when I was 10 years old—how trustworthy is the 10-year-old’s ego?

A Dream About Lightning Bugs is a very balanced depiction of what’s going on inside your head and how you relate and interact with other people. It seems like you have to be honest in both of those cases to tell a true story.

I think that’s true: to have enough credibility to do it. That was my strong instinct, but it does take a while to weed out your own bullshit, I have to say. That’s why one of the first things I did in the book was say, “I know I spent a lot of time sitting on the floor, listening to music, when I was two years old.” That’s something I know: my parents told me about it, I remember it. But, I couldn’t even tell time at two years old, so I don’t know how long I spent. I figured it was a couple hours, but I call my mother, and as part of a long list of fact-checks, ask her, “How long do you think I spent on the floor? Do you think two?” and she’s like, “Oh no: you spent eight hours. Maybe more? Every day.” All right. That’s going in the book.

On that topic, you talk a lot about music, but I appreciate that it’s not name-droppy, except in the case of the teachers who inspired and motivated you. It’s so much more about the process of creation. Do you have to have a really good grounding in music to talk about it without referencing a lot of names?

Maybe so. That might be true. I think it’s helpful to be grounded in what your mission is. I’m having an intimate, one-way conversation, with this book. A book is like your friend. When I really get into a book, it’s like who my buddy is for that week, and I didn’t want people to spend time with a name-dropper. I didn’t want people to have to spend time with someone who was overly verbose or up their own ass.

I guess that’s really it—it’s more like being polite. You’re going into people’s bedrooms and stuff. You don’t want to go in there and start going, “Hey. When I played with so-and-so and so-and-so …” That’s not the kind of book I wanted to make. I didn’t think it’d be very likeable.

Ben Folds will discuss A Dream About Lightning Bugs with Rainy Day Books’ Vivien Jennings at Unity Temple on the Plaza on Friday, August 16. Details on that event here. Folds also performs later that night at Starlight Theatre, along with Violent Femmes. Details on that show here.