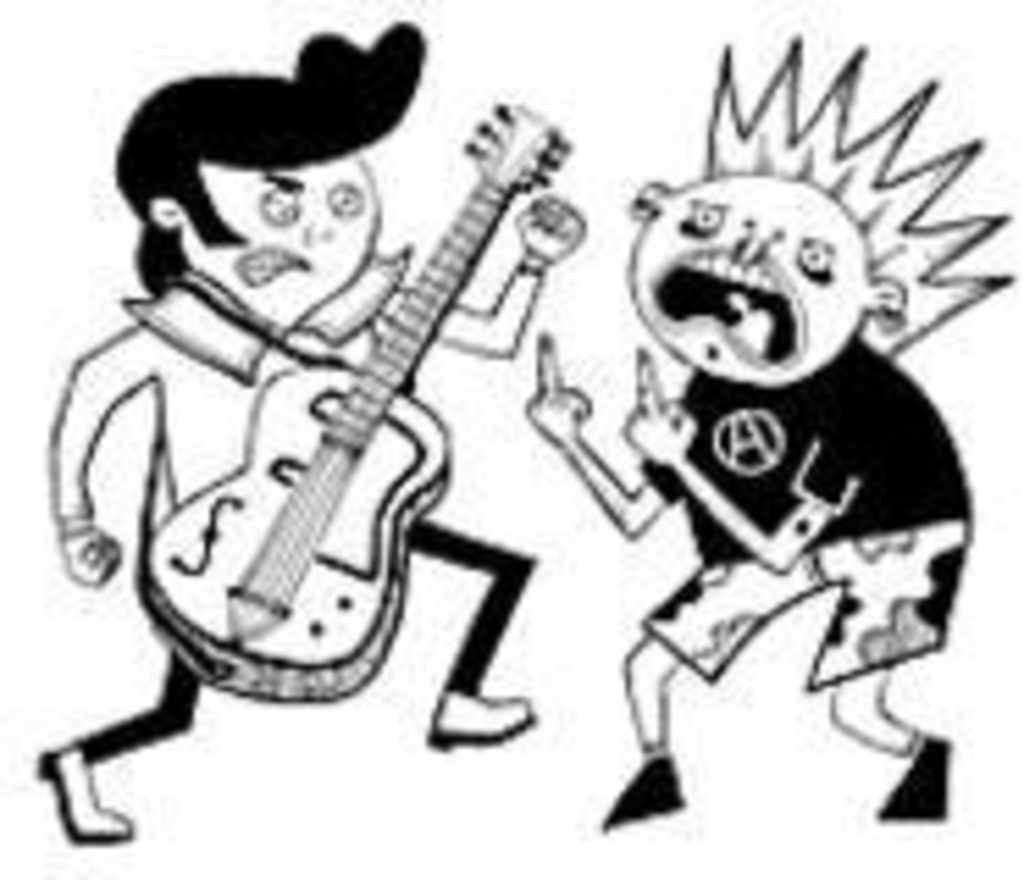 At least this is what we’re led to believe after speaking with Jody Hendrix, a punk rocker turned rockabilly greaser and one of the organizers of Rockabilly vs. Punk. “All the rockabilly folks were punk-rock kids who got older and kind of found something a little more musically mature,” Hendrix says. “Whereas the punk kids are going to be listening to that music in 10 years.”

For the Rockabilly vs. Punk concert, Hendrix hopes to bring both crowds together by filling El Torreon’s stage with one band from each genre at the same time. When one band’s song ends, the other band will start up, going back and forth like that for eight songs each. The first set pits the Cowtown Playboys (“high-octane, traditional rockabilly,” according to Hendrix) against Forgone Conclusion (“late-’80s, Rancid-ish, old-school punk”). The second set sees Johnny Switchblade (Hendrix’s stage name) and the KC Crooners (“honky-tonk and roll”) sharing the stage with Hot Fruit, an all-female rock trio. Round three divides the spotlight between the Silvermen (“surf with rockabilly and country infusion”) and Alert Alert (“skate punk-grindcore”).

Hendrix got the idea from a Hellcat Records tour that employed a similar strategy with “Punks vs. Psychos.” He wasn’t truly inspired, though, until his band heard favorable reactions from predominantly punk crowds.

“The concept of both genres is one and the same,” Hendrix says. “The simplicity is one and the same. The outlaw, punk-rock, rabble-rousing mentality is the same.” Hendrix goes on to espouse a theory best summed up by his guitarist: Even the lyrical content of Hank Williams and the Sex Pistols can be boiled down to six words: “My people, my problems, piss off.”

So piss off, but not this Friday, because Hendrix expects a great time to be had by all. “It kind of brings the older people who do the whole rockabilly and honky-tonk thing back to kind of where they were at when they were that age.”