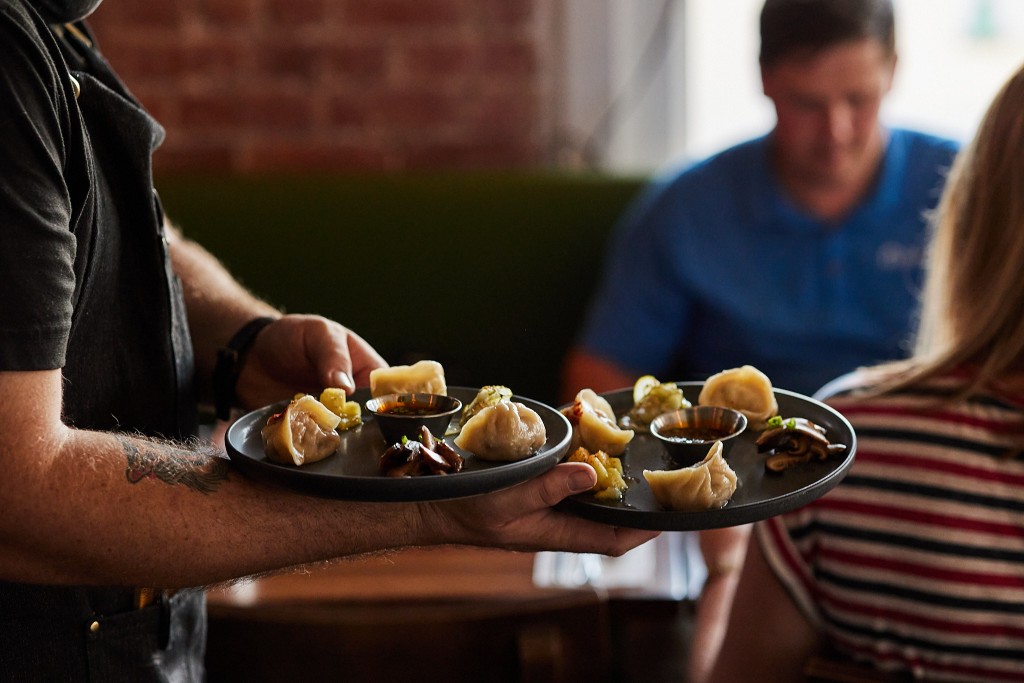 The phrase “good things come to those who wait” is especially true for Chewology owner Katie Liu-Sung, who is poised to open her new gyoza bar this Friday, October 8. Ever since Liu-Sung announced she was taking over Westport’s former Bluestem location, culinary buzz has been steadily building. 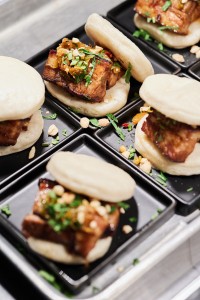 Liu-Sung gained a following serving her popular Asian comfort food staples at the Lenexa Public Market but quickly outgrew the tiny space. Then, as she says, the hunt was on to find new digs—and Westport checked plenty of boxes, including the popularity of delivery and carryout.

“We weren’t necessarily limiting our search to one specific area when we decided we needed more space,” she says. “Our goal was to move to a destination where guests from the greater Kansas City area were willing to make a trip.”

The casually upscale Asian eatery was originally slated to re-open in August but saw the date pushed back a bit. Regardless, Liu-Sung—who was born in Taiwan—couldn’t be more thrilled to officially open to the public.

“The excitement hasn’t quite set in yet. When we first secured the space back in March, I was jumping up and down for a while,” she says. “But we just hosted our sneak peek party. Being back in the kitchen and having guests in the newly renovated space reminded me of why I chose this path. I can see myself feeling over the moon very soon!” 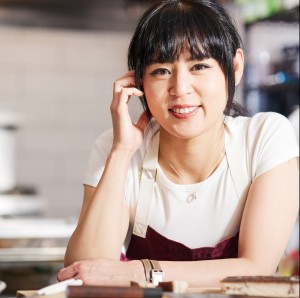 At the aforementioned press event, Chewology staff hobbed and knobbed with guests while plying them with some of Liu-Sung’s tasty fare.

(Our favorite? The honey apricot goat cheese and almond dumplings, which are actual pillows of vegetarian love.)

When we asked Liu-Sung about one dish guests must absolutely, positively try, she didn’t hesitate.

“Dan Dan—the spicy peanut ramen—is an all-season flavor bomb, layered with many dimensions,” says Liu-Sung. “It warms your heart and soul with every single bite.” 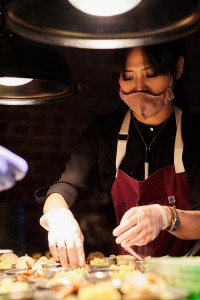 Liu-Sung adds the restaurant’s new space will be home to two concepts. First, Chewology, which spotlights bao, rice dishes, noodles, and, of course, dumplings. The reservation-only Stray Kat, meanwhile, features a bevy of flavorful small plates. Both menus give Liu-Sung plenty of creative license and are the perfect opportunity to show off her Taiwanese culinary skillset.

Want to know more or make a reservation? Visit their website.