Huddle House still closed, finds out today when it will reopen 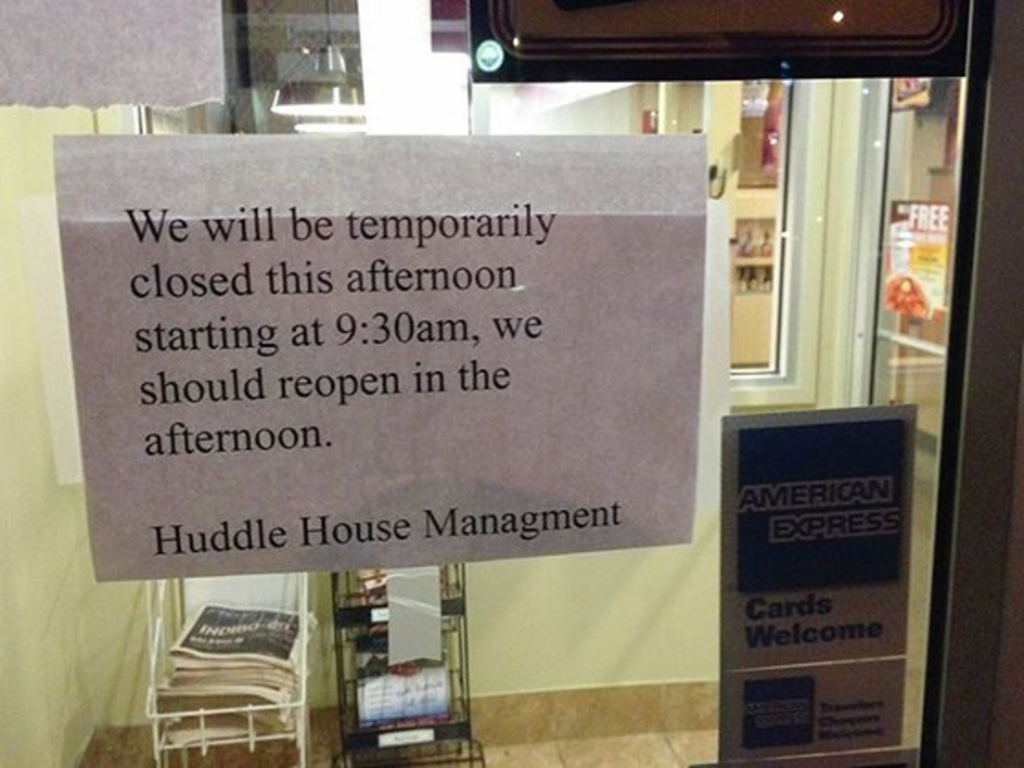 Despite the sign taped to the door of the Huddle House (the 24-hour diner at 3959 Broadway), the venue hasn’t been “temporarily” closed – it’s been closed since late September when the dining room experienced serious flooding.

“A roofing company was working on the roof,” says Huddle House owner Ahmed Abu-Namous, “but when it rained so badly, the roof hadn’t been fixed.”

Abu-Namous says he is waiting for the Kansas City Health Department to give the 10-month-old restaurant the approval to reopen. “We don’t know when,” he says, “but we think it will be soon.”