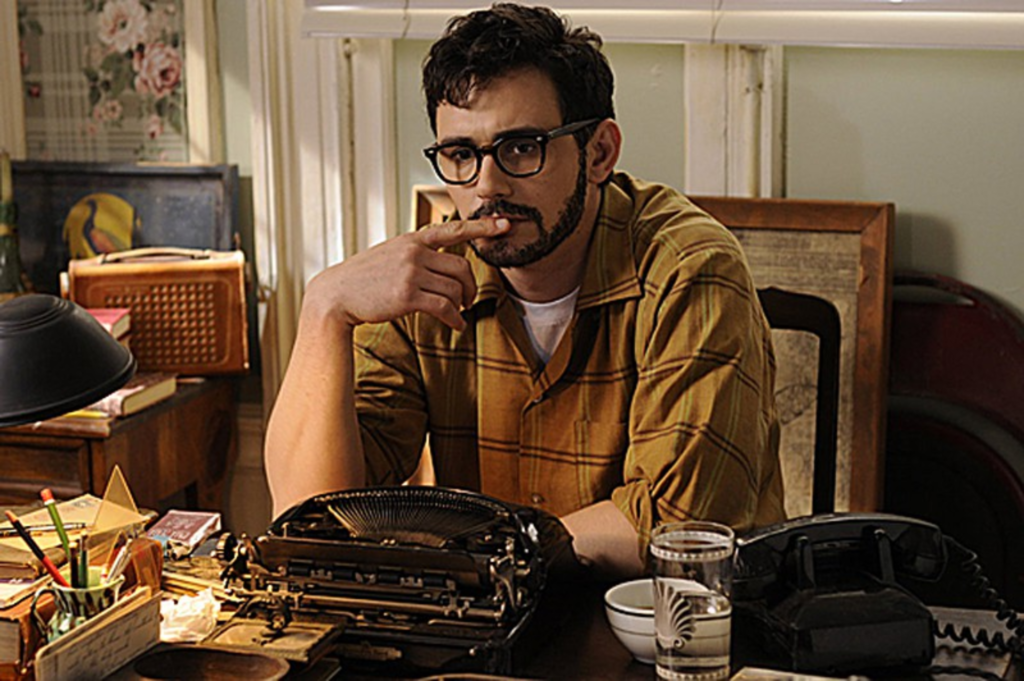 As suggested by its title, Allen Ginsberg’s game-changing poem “Howl” is essentially performative — so is Howl, the Sundance-opening quasi-biographical movie by Oscar-winning documentarians Rob Epstein and Jeffrey Friedman.

Splendid as Franco’s literal characterization and overheated line readings can be, art director Eric Drooker’s literal-minded animated interpretation of “Howl” (haunted vortex of lonely crowd alienation, “what now little man?” monochromatic fascist madness) are as sodden as a cold latke — as well as a distraction.

Basically, Epstein and Friedman are feel-good filmmakers — their Ginsberg has one of the shortest, most successful bouts of psychotherapy in history. But is it really necessary to affirm the poem’s ecstatic footnote (“Holy! Holy! Holy!”) with a montage of smiling reaction shots?