How to Build a Girl is a teenage music nerd fantasy 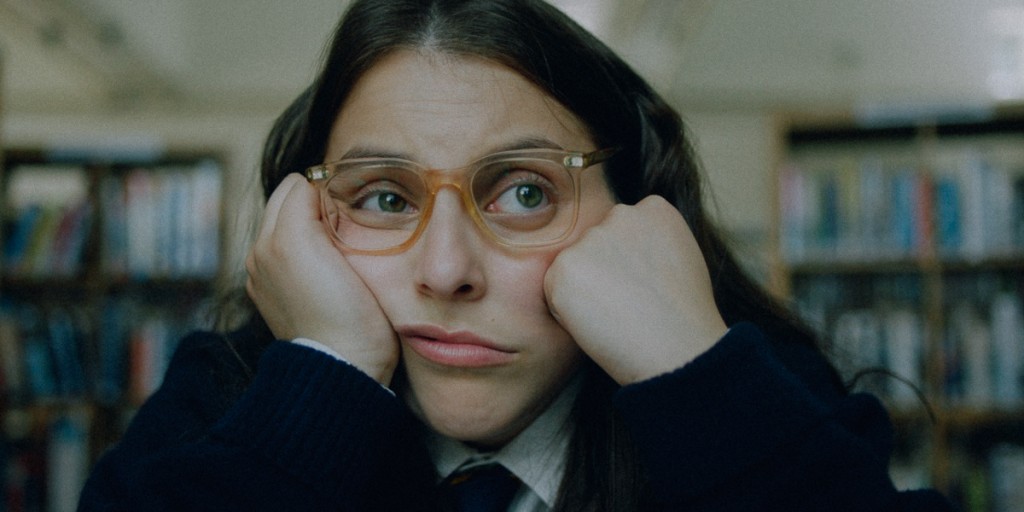 It’s possible that How to Build a Girl, hitting cable and digital VOD this weekend, shouldn’t be reviewed by a professional critic. We freelance scroungers, music critics and alt-monthly movie editors come by the little work we have through years of scraping, networking and enduring the social media abattoir in the faint hope that one day, someone will see our work and give us a job (in case you thought studios just fork over cash for us to praise Marvel movies, now you know). A fairy tale about a teenager who lucks into a music writing gig with no experience and no knowledge, only to become a celebrated journo and besties with the first rock star she meets feels…well, unfair, to tell you the truth.

The fantastical attitude that makes this jaded thirtysomething roll her eyes, however, is also the core of this movie’s charm. How to Build a Girl isn’t about what it’s like to be a music critic. It’s about what I dreamed it was like to be a music critic when I was the age of the movie’s heroine, Johanna (Beanie Feldstein). As annoying as Coky Giedroyc’s movie–adapted by Caitlan Moran from her own novel–can be, that sentiment also makes it endearing.

Feldstein’s Johanna is a 16-year-old aspiring writer stuck in the British Midlands in the early 90s. Her family lives in a small house overflowing with kids. Her only friends are her wall of literary heroes, who, in one of the film’s more irritating recurring bits, offer Johanna advice from their pasted-up images. They’re all played by famous UK faces doing goofy impressions that are way beneath their skill level.

Looking for a way to express the creativity bottled inside her, Johanna answers a magazine ad looking for rock critics, using the cast recording of “Annie” as her sample piece. Initially called in for an interview as a joke, the magazine inexplicably takes a chance on Johanna and lets her write concert reviews. That in turn leads to an interview with a sensitive Welsh rocker (Alfie Allen), who takes a shine to her. Johanna’s gushing earnestness eventually gets her fired, so she reinvents her career by writing flaming takedowns, which brings her fame, but threatens the loss of her soul.

Like Johanna herself, How to Build a Girl is goofily earnest, and its depiction of the writing profession is laughably inaccurate. This is a world where a teenager writing freelance reviews makes enough to be her struggling family’s sole breadwinner (unlikely even in the 90s, impossible now). The film’s music journalists are in incredible shape and live in huge, well-appointed digs (again, no shade to my talented, hard-working colleagues, but this has never been the case). Johanna can be grating, with an outsized sense of her own abilities. It doesn’t help that Feldstein, talented as she is, can’t do a credible Midlands accent to save her life.

Again, these criticisms come from someone who knows this stuff, perhaps a little too well. If you’re not in this boat, How to Build a Girl is a fun fantasy to get caught up in. Within its silliness is a sense of the magic that music and art–experiencing it, interacting with the people who make it, and writing about it–has. In this instance, at least, the movie is dead-on. I remember going to shows and feeling like anything could happen. I remember doing interviews in college with artists I admired, thinking my life would never be the same. Johanna’s experiences are over-the-top, but early in my life, I absolutely believed this was what the job would be like.

How to Build a Girl gets a lot wrong, but its heart is pure. Right now, fun movies that inspire creativity and point to an exciting future are more necessary than ever. Giedroyc’s film, flawed as it is, scratches that itch. So, if you’re feeling wistful for the days when the world was new, full of possibility and self-discovery (or if, bless you, you actually feel that way about the world right now), it’s worth checking out. Just don’t think about it too hard while you’re watching it.