How TIF flushed Swope Ridge to make way for soccer 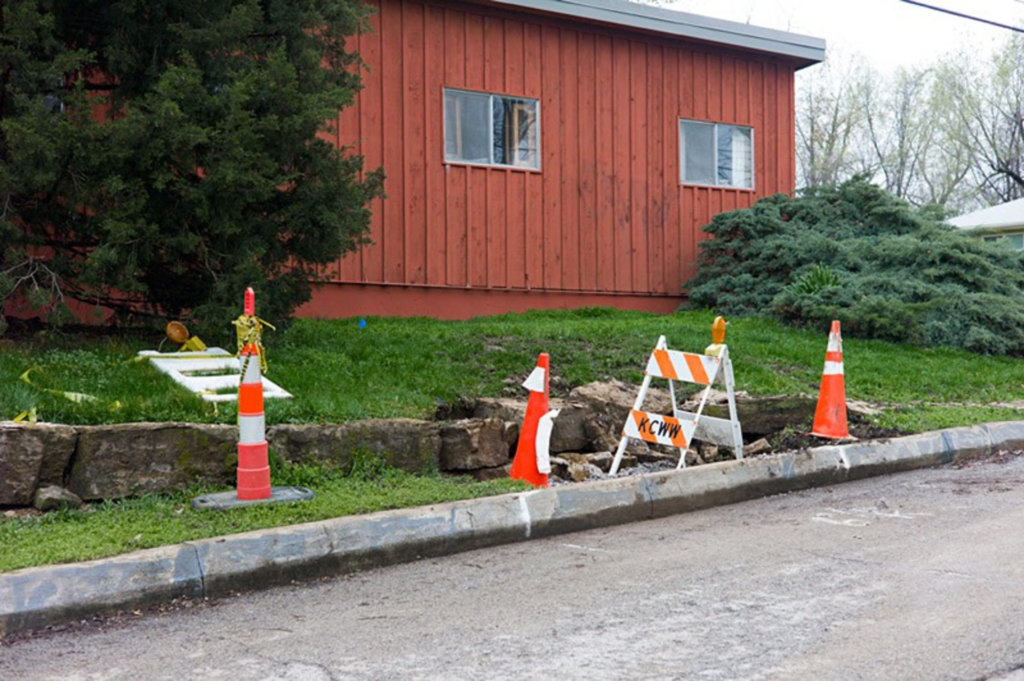 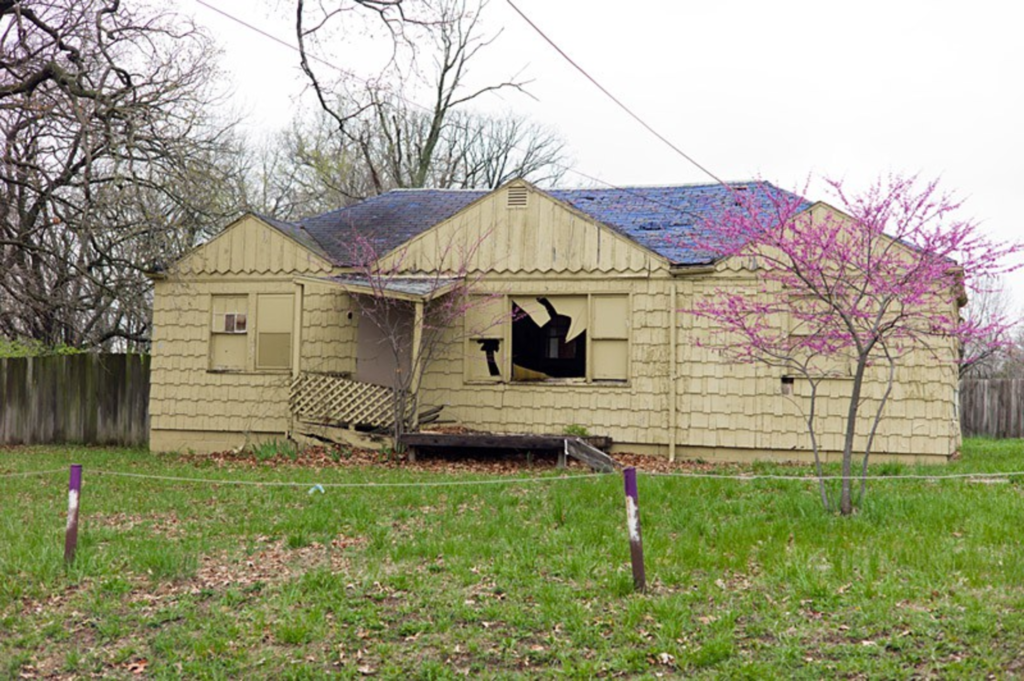 Pat Humston moved to Swope Ridge in 1968. Back then, she and her husband, Jim, liked that the neighborhood felt almost rural, though it was well within Kansas City’s borders.

Nestled near Swope Park, south of where 63rd Street meets Interstate 435, Swope Ridge is a working-class enclave that even today seems bucolic thanks to its narrow, winding, hilly streets, and the buffer against noise and commerce that its proximity to one of the Midwest’s biggest city parks provides.

“It was quiet. It was countrylike,” Humston says. “That’s why I moved there.”

So Humston and her neighbors were annoyed to learn, in 1991, that Kansas City wanted to help spur the development of a business park near Swope Ridge. Her concerns were assuaged somewhat by the understanding that the plan would at least yield some improvements to the neighborhood. After all, the city had agreed to tax-increment financing to ease the developer’s costs — an indication that Swope Ridge was nearing blight, a condition that TIF supposedly cures. The business park’s original TIF proposal points out that almost all of the 70 houses there had problems associated with age, weathering and, in some cases, poor maintenance.

Perhaps most problematic: All but two of the houses in Swope Ridge were not served by the city’s sewer system.

The septic tanks that Swope Ridge residents had long relied upon made for a nasty situation, according to 1991 development plans drawn up by Kansas City officials with a group called Winchester Ventures. The rocky ground just below the surface of the Swope Ridge neighborhood caused sewage to run off and sometimes contaminate groundwater.

The main objective of what was eventually called the Winchester TIF plan was to build a relatively small business park, and that’s what happened. Time Warner Cable has its local headquarters there, and other companies occupy offices.

But no sewer lines went in. Humston and her neighbors still rely on those septic tanks — equipment that has aged another couple of decades.

“We haven’t gotten one thing, one piece of what they said they would do,” Humston says. She’s 77, and her husband is 79; she points out that many of those living in Swope Ridge around at the time of those 1991 discussions are now dead.

But last year, she learned that the Winchester TIF plan would finally help pay for a new project: soccer fields.

When Kansas City leaders first thought of building a soccer field in Swope Park, off 63rd Street and Lewis Road, the city didn’t have enough cash to do it on its own.

But there was $11 million of untouched money in the Winchester TIF plan that hadn’t gone toward building the business park, or adding sewers to Swope Ridge.

Money for TIF, which redirects property taxes back into a project, comes from several different parties, each governed by its own elected or appointed officials whose agendas don’t necessarily line up. School districts and library systems, for example, have grown particularly sensitive about how TIF money gets spent. Tension bubbled over in 2009 when Jackson County and other taxing jurisdictions filed a lawsuit against Kansas City over their voting rights on the Tax Increment Financing Commission, an appointed body that makes recommendations to KC’s City Council about how to carry out TIF.

Redirected property and economic-activity taxes go into a special account that a developer can access when incurring project costs eligible for taxpayer reimbursement. When a developer doesn’t request reimbursements, though, the money just piles up in that account.

It’s true that Swope Park’s public soccer area could use some work. The grounds are rutted, uneven surfaces that turn to muddy ruins when it rains, and parking often exceeds capacity in good weather.

But the Raytown Quality Schools bristled at Kansas City’s plan. Of the $11 million that KC sought to use, $4 million was tax revenue generated within the Raytown school district’s boundaries, where more than half the students live at the poverty level. KC’s plan would have steered Raytown’s $4 million to an improvement that was inside the Kansas City Public Schools’ boundaries. Officials with Mid-Continent Library and Jackson County didn’t find the plan too appealing, either, and discussion of the Winchester-soccer TIF was long and contentious.

The TIF Commission is made up of six people whom Kansas City Mayor Sly James appoints, with five other members representing Jackson County, the Raytown school district and the library district. Those taxing jurisdictions wanted to put off a vote on the soccer plan until early 2013, and they found an unexpected ally in Rhonda Holman, the only one of James’ appointed commissioners willing to delay. (Her unexpected vote caused some officials to joke about whether she’d turned off her phone, a reference to James’ practice of keeping signed, undated resignation letters from all of his appointees.)

“Kansas City did the right thing and did not build the soccer park with the TIF money,” Kraus tells The Pitch. “But that builds up a concern with how TIF dollars are used.”

Kraus’ bill, which would have let school districts and other taxing jurisdictions opt out of having their tax revenues used for TIF, got a hearing during this legislative assembly but didn’t make it much further.

While the end of the Winchester TIF meant that the Raytown school district got its money back, Kansas City and Jackson County struck a deal to use their surplus revenues from the TIF to build the soccer project.

They also agreed to put $2.4 million toward long-awaited neighborhood improvements. But the money isn’t buying what some of Swope Ridge’s residents thought they’d been promised.

The first agenda item on the April 18 Swope Ridge Neighborhood Association’s meeting: May’s election of a new association president and other officers.

But the 18 residents who showed up at the International Association of Fire Fighters Local No. 42 meeting hall weren’t in a waiting mood. On this foggy, gloomy evening, talk quickly turned to making sure that Patricia Losiewicz, president for the past year, could, effective immediately, serve another year — or at least until the Winchester matter was over.

The month before, Losiewicz spent a day of vacation time at City Hall, attending a meeting of the Kansas City Planning, Zoning & Economic Development Committee. On that meeting’s agenda: the TIF Commission’s blessing of the Soccer Village compromise.

Jackson County Executive Mike Sanders applauded the plan as a show of city-county cooperation to get a recreational amenity built.

Sanders’ son plays competitive soccer, and the dearth of high-quality fields on the Missouri side of the metro has sent his family to Overland Park’s Soccer Complex, a collection of 12 fields that keeps a full schedule of local and regional tournaments. He saw the Swope Park project as KC’s first step toward attracting similar events. “What ultimately started out, I think, as a fairly acrimonious process, through this process is a project I think we can all get behind,” he said.

Losiewicz didn’t see the advantage to Swope Ridge. She asked the City Council to put off voting on the plan until her neighborhood could, through a mediator, get a better deal — a deal that delivered on an old promise.

“As identified in previous TIF plans, the soil conditions in much of the area are not conducive to the use of septic tank absorption fields and can negatively affect the public health through excessively slow absorption of effluent, surfacing of effluent, seepage or contamination of ground water,” reads a report by Development Initiatives, a company often called upon by the TIF Commission to carry out blight or conservation studies to help grease the skids for TIF.

Scott Wagner, a Northland councilman, sounded troubled. “Raytown will get theirs, the library will get theirs, so now it’s a matter of taking this godawful 1991 document with the promise of the world that we’ll never deliver on,” Wagner said.

Circo, second in command after Sly James, said she understood the frustration of the neighborhood. But she added that even if the city built sewer lines in Swope Ridge, residents wanting service would have to pay to connect to the sewer line.

A private plumber tells The Pitch that cost can start at $3,000 and go higher than $10,000, depending on a number of circumstances.

“Even if it was affordable to put in the sanitary sewer system, we can’t force the homeowner to tie into that, and there’s no guarantee they would utilize that,” Circo told her fellow council members.

The original TIF anticipated Circo’s objection. It included a home-improvement grant program that freed up funds for property owners (up to $3,000 each) to pay either for sewer hookups or exterior improvements to their homes. (Those grants never materialized.)

The deal that Swope Ridge property owners have now isn’t a great one. Each house in the Winchester TIF district is eligible for a $750 grant for septic-tank improvement. After that, each property can apply for up to $22,500 in funding to have septic tanks replaced, if necessary, or for exterior home improvements.

And there’s a catch.

Unless the property owner’s income is less than median, he or she must match the grant dollar for dollar for home improvements. Those who earn more than 125 percent of median income must match 2-to-1. Those who get grants also get a five-year lien on their property.

“What we’re getting is a piddly dab,” says Humston, the longtime Swope Ridge resident. “I think it’s a rotten thing.”

Other benefits are coming, such as improvements to (and a widening of) Bennington Road, one of the neighborhood’s main thoroughfares.

But at the Swope Ridge meeting in April, everyone was talking sewers.

“The money was there for the sewers,” says Cheryl Wagner, another Swope Ridge resident. “But the city deemed soccer fields more important than our sewer systems.”

Some of the neighbors are hoping that they can get their hands on the grant money, if only to spend it. Others aren’t looking forward to the home inspections required for any septic or home-improvement grant.

“We’re not rich by any means,” Losiewicz says. “We’re just a bunch of people who work to have a living. We shouldn’t have to keep fighting for what someone promised us. It’s not fair.”