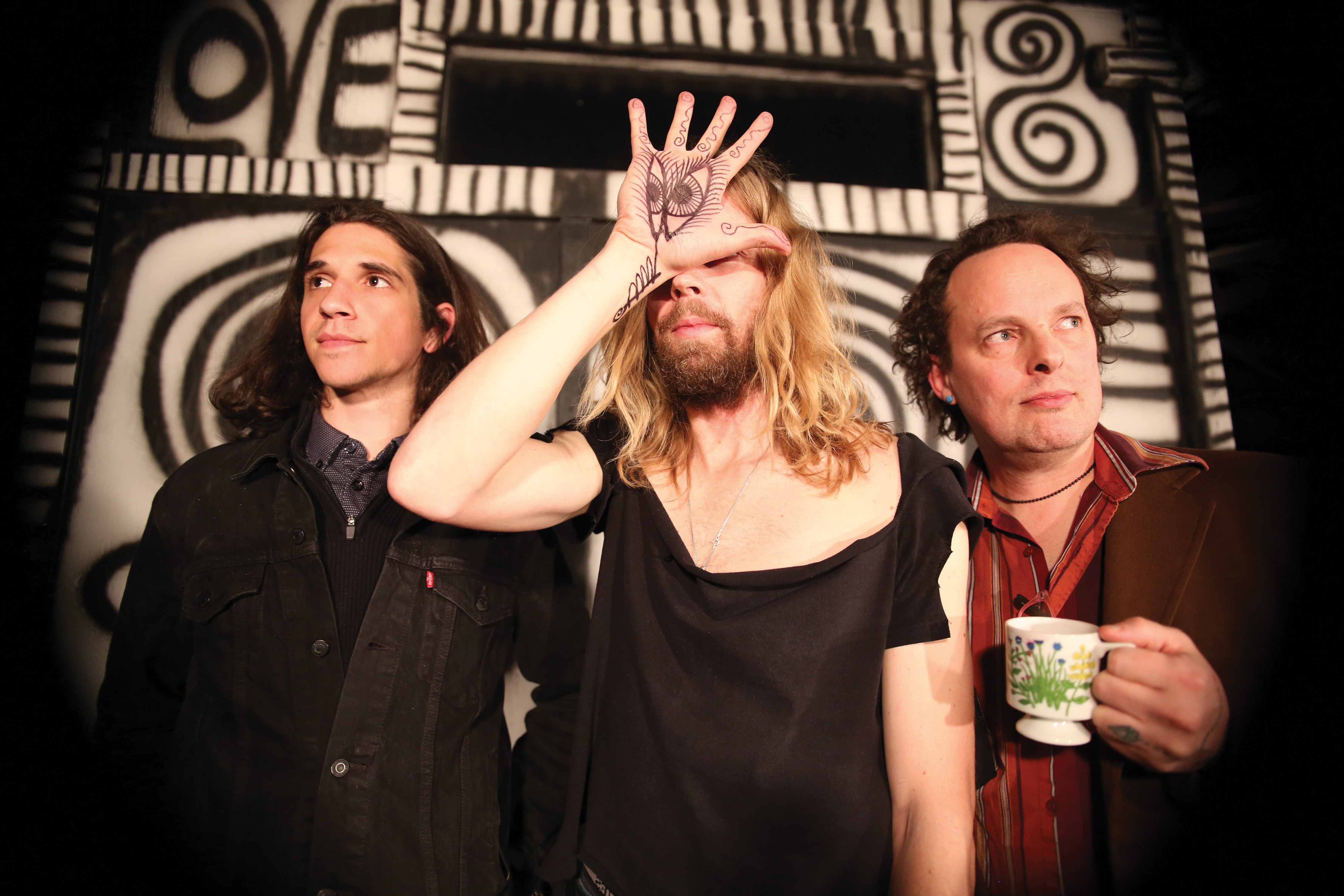 Sterling Witt’s newest album, Something’s Awry, is akin to a 12 song version of Scary Stories to Tell in the Dark, featuring tales of spooky things like the river-haunting Scottish shape-changer the kelpie, werewolves, ghouls, and haunted houses. Blunt and declamatory in its straightforward delivery, it’s a forceful bit of punk energy, like Roky Erikson collaborating with Wesley Willis.

The record was recorded as a three-piece, featuring Witt on guitar and vocals, along with Kitten A. Boggs on bass and vocals and drummer Evan Verploegh, but the songs on Something’s Awry started life in a different form, says Witt during a lengthy email interview.

“I’m in the final stages of writing and editing a book right now that relates to my album,” Witt says. “The album has 12 songs and the book has 24 stories and poems. Half of those stories I turned into songs to make the album Something’s Awry.”

The book, to be entitled Something’s Awry: Ting Tong and Other Terrifying Tales, will feature illustrations, also by Witt, some of which are used for the album, too. The whole process was one of discovery, says the musician, explaining that it all began with “Ting Tong,” about a tentacled foe “who crushes bones / Late at night when you’re all alone.”

“It was the first story and the first one I made into a song,” Witt says, explaining that the original version was prose, not a poem. The song is another viewpoint of the tale, with lyrics different from the story. When Witt was converting “Ting Tong,” he didn’t realize I was making an album of songs.

“I was still writing the stories—half of which turned out to be poems that rhyme,” Witt continues. “All those poems sounded like they could be songs to me and my first thought was to keep the words to the songs in the same order as the poems, so that the story could be understood from listening to the song.”

Witt says that Something’s Awry, the album, can be thought of as being like an amped up audio book, with all the musical arrangements dictated by the words: “There are many oddities in the music and vocal melodies that happen just once. Maintaining the stories was the only rule I gave myself while turning them into songs: The words made me do it.”

“Your feelings are in the blender. Up is down. Left is right. Funny is scary.”

There are quite a few places from which Witt drew inspiration for Something’s Awry, he says, explaining that “Little Buford Beaman” is based on a urban legend he grew up with about how, if one had a tapeworm, they could make chicken noodle soup, hang themself upside down over the soup. Breathing in the steam, the tapeworm would crawl its way out.

Gross. However, Witt’s looking to tales which allow him to really explore a concept, more than trying to make you toss your cookies. The musician isn’t really a gore fan at all, and shies away from anything where the visual gore is over the top. It bothers him to see excess gore, as it seems unnecessary.

“On the other hand, if the subject happens to be gross and disgusting—like that of a ghoul—I don’t want the facts downplayed,” Witt admits. “Give it to me straight. The fact is, by definition, a ghoul is a grave robber who digs up fresh graves and eats the corpse. When writing my song ‘The Ghoul,’ the only way I could do it was to write it in first person as if I am the ghoul. That way, I had the freedom to be excited by the notion of eating dead bodies. I figured a real ghoul is thrilled by it all: reading the obituary, figuring out who is on the menu, going through all body parts like most people do their grocery bags.”

Witt gets to chatting about the sort of things he’s into, such as the aforementioned Alvin Swartz and Stephen Gammell’s Scary Stories to Tell in the Dark books, along with TV series like The Twilight Zone, Unsolved Mysteries, and Alfred Hitchcock Presents and movies such as They Live, The ‘Burbs, and another Hitchcock production, Rear Window. As is incredibly clear with that partial list, Witt’s a big fan of things which blend the comedic and the scary, and are weird and off the wall.

“Rear Window is a masterpiece,” says Witt. “One of those rare films where everything is as perfect as it can be. It’s an extremely subtle film—the crime is never seen. It’s all people speculating, looking out a window and being nosy neighbors. It’s incredible to make such a simple silly thing fascinating and entertaining for nearly two hours.” 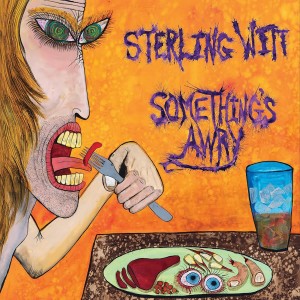 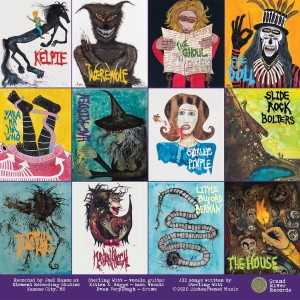 As to how one makes music like that, Witt says that spooky music is a delicate genre, and one which needs to be funny and/or legitimately frightening, and ideally, both simultaneously.

“That way, your feelings are in the blender,” he explains. “Up is down, left is right, funny is scary.”

That said, Witt thinks that the scariest song on Something’s Awry is one called “The House,” which is about two friends joy riding in the rural countryside, because all of the material in the song is grounded in reality, as the pair come upon an old house they figure is abandoned, get brave enough to pull off the boards from the front door, and go in. After they go in, they realize they aren’t alone, in more ways than one.

“When I was writing this song, I actually freaked myself out,” Witt admits. “Because I have done the things they do in the song. ‘The House’ is the scariest song I have in my opinion because it’s all tangible—things we could all do this afternoon if we wanted. We just assume it’s not going to end badly.”

For Witt, however, things are not ending badly. He’s on the fourth round of edits for his book and just confirmed a performance to celebrate the album in early October. As we wrap up our days-long email chat, he mentions that he’s reading the original Brothers Grimm stories, describing them as an inspiring read.

“Talk about strange,” he says. “It doesn’t get weirder. I love the way those stories have unforgiving craziness: conversations with the moon, the sun, and stars as if that’s just the way things are, moving right along.”

Coming back around to where we started, I ask if those Brothers Grimm stories influenced the upcoming Something’s Awry book. Those original stories are so weird and creepy and exceptionally violent that I have to imagine they’re creeping in somehow.

“I had all the stories written before I started reading the Brothers Grimm tales,” Witt concludes. “Of course, I’m familiar with the many renditions and the modern retelling of many of the popular ones, but there is nothing like the originals. They are so good, and unforgiving and I think that’s what piqued my curiosity to read it during this time of editing my book: Editors tend to want to tame down the stories, make them less jarring, less horrifying, less violent and so on. And I really didn’t want to water them down in that way. I like the bluntness of my stories and wanted something reinforcing of that approach.”