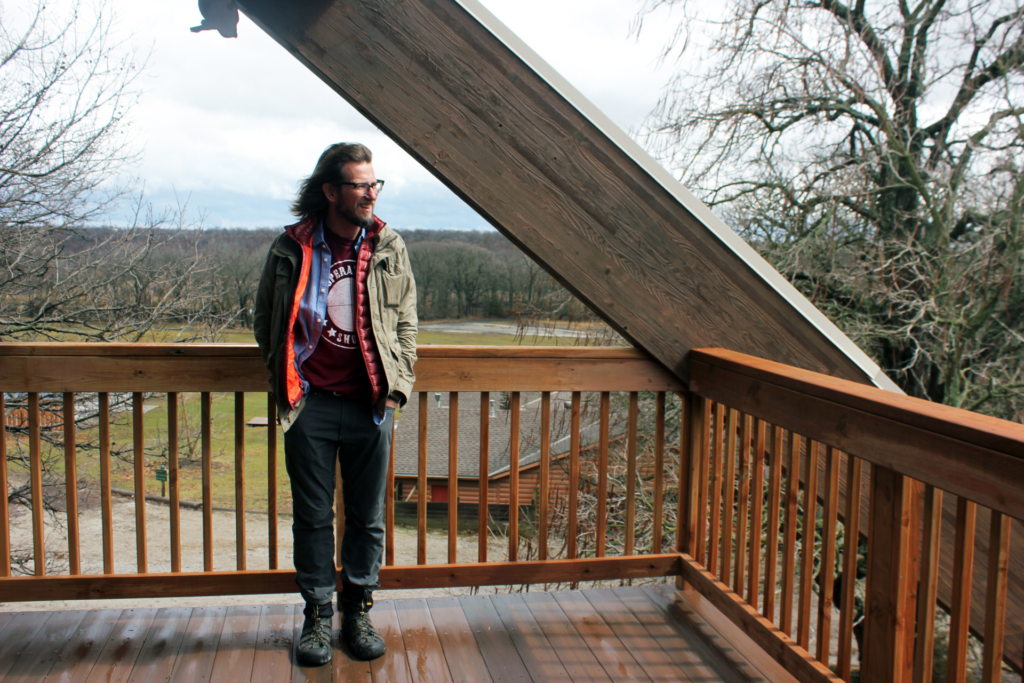 When I was in high school, in the late 1980s, Joey Greene turned me on to punk rock. He played me Minor Threat for the first time, and we used to drive from Olathe to Lawrence to see bands at the Outhouse.

He and I also did improv comedy together at ComedySportz — we were among the first Kansas City high schoolers to enroll there where our comedy heroes had performed. We both went to K-State and moved in as roommates in Manhattan, eventually playing together for a while in a local band there.

Sometime during college, our paths diverged, but we never really lost touch.

Still, I didn’t expect to run into Joey 35,000 feet in the air over Canada. This was last August, a chance meeting on the same overnight flight to Iceland. I thought he was acting a little strange but assumed this was due to the unlikely coincidence.

It turned out he was under a nondisclosure agreement.

Joey had just finished shooting an episode of Netflix’s Queer Eye. He was in fact the subject of a Season 3 episode.

He clearly wanted to tell me all about it but was bound to stay vague. He limited himself to admitting he’d been working on a project with “members of the KC film community.” Now I understand that he was referring to the local hires on the crew for the show, which taped the whole season in and around KC.

I interrupted him a few times to see if I could guess: Was it a music video for his new band? Was he filming a workshop at an improv conference? A commercial for Wildwood Outdoor Education Center and summer camp, where he was now a program manager? Did the NDA mean he’d won a game show? I was starting to make him nervous.

Was it, I asked, a reality show?

His eyes got big, and he changed the subject. “Anyway, I really have to go to the bathroom,” he said.

Despite knowing that Joey would be a perfect candidate for it, I wouldn’t have asked him about Queer Eye because I hadn’t watched the show since its mid-2000s Bravo heyday, as Queer Eye for the Straight Guy. I knew it had been rebooted on Netflix with five new “make-better experts,” but I had no idea that the new show was as much a self-help product for the soul as it was a remedy for the fashion-challenged.

Seven months later, though, the Joey Greene sitting in front of me in a Lawrence coffee shop is a changed man.

For one thing, Queer Eye bought him a new wardrobe, including (as he puts it) “enough shoes for the rest of my life.” The show also remodeled and furnished his modest on-site apartment at Wildwood into an outdoorsy but still modern living space.

The addition of a television hints at something the show helped Joey figure out, a change more important than personal style: that his modest way of living wasn’t necessarily right for his 13-year-old son, Isaac. The kid was coming to visit for the summer — the most time he’d spent with his dad since Joey and Isaac’s mom divorced.

Joey first lived at Wildwood as a camp staffer, in the late ’90s. His once and future apartment, on the back side of the Adventure Challenge Course, had flooded in the time since he’d last worked there and been all but abandoned. So he pulled the RV he’d been living in for the past four years next to it. 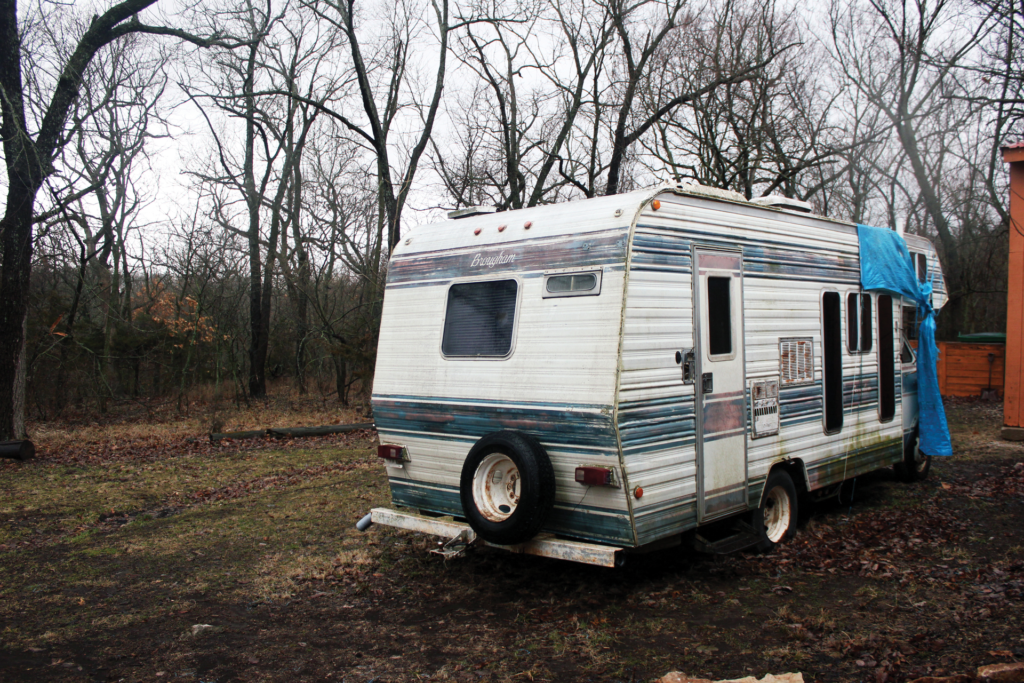 “All the plumbing needs to be replaced, so there’s PVC on the floor,” Joey says, recounting his first impressions last spring. “There’s boards with exposed nails laying on the living room carpet, water stains on the carpet. I was basically sleeping on a sleeping bag in the bunk bed.”

Joey has never needed much to get by, and he believes in living on-site at Wildwood, which is about 40 miles south of Olathe on U.S. Highway 69, near La Cygnes Lake. The motto there is “Kids grow better outside,” and Joey believes wholeheartedly in that mission, in summers of learning and outdoor adventure for kids, especially low-income Kansas City youth.

Sensing that Joey was perhaps due a learning adventure of his own, Wildwood executive director Robyn Ratcliff was the one who nominated him to be on Queer Eye.

“I wanted Joey to be a Queer Eye hero because he’s so open and interested in learning new things, and I felt like he had an opportunity to increase his success as a camp professional and a staff supervisor by gaining confidence and believing in himself,” Ratcliff says.

The producers were interested and contacted Joey’s girlfriend, Kelly Larson, who lives in the KC Northland, asking her to provide photos of Joey and his environment.

“I sent pictures of Joey in all of his various stages of hair or no hair,” she says. “Winter and summer coats. Pictures of him and Isaac that I had taken wherever we were — Lake Michigan, Chicago. They also had me take a video of the camper, inside and out.”

During the monthslong audition and interview process, the producers asked Joey what he wanted from a “makeover” show like Queer Eye. 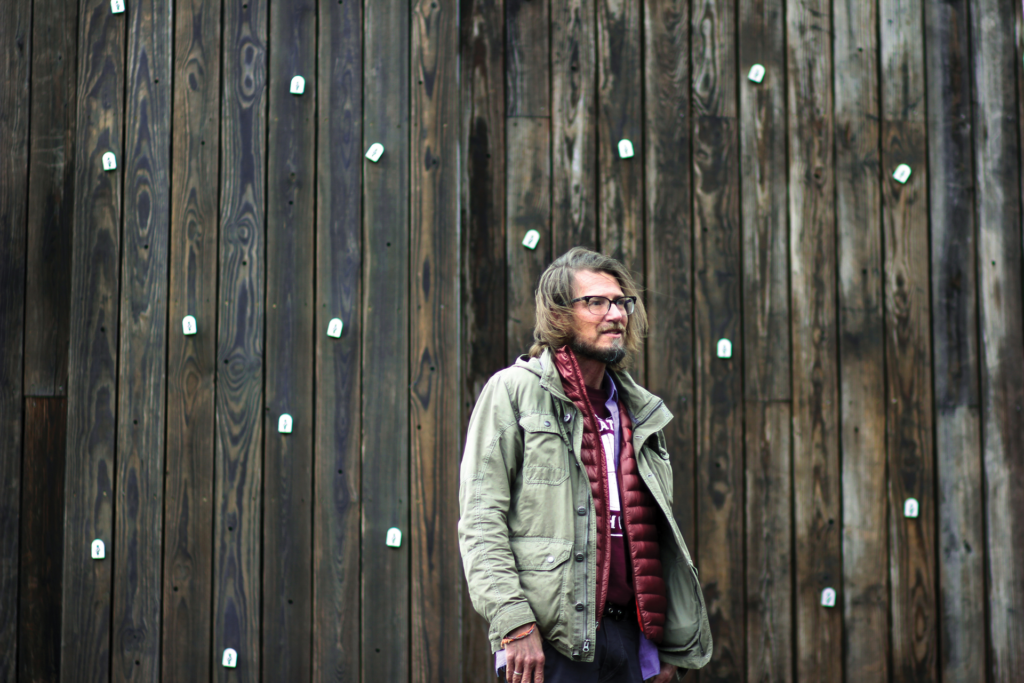 “I said, ‘I do similar work. I push people’s comfort zones all the time.’ I’m constantly telling the kids to be present and think about what you’re doing and how it’s going to help you grow, you know, and trying to convince them to jump off a 40-foot platform,” he tells me. “And nobody does that for me.”

Joey, veteran improv performer and musician, is one of those introverts whose occasional outrageousness masks a deep-seated shyness. As is pointed out in his Queer Eye episode, he keeps his gaze pointed at the ground and his posture humbly slouched. On the show, he’s frank about being a recovering alcoholic: “There was a time in my life where I felt like I just had to accept that it wasn’t going to ever get any better.”

Months past his episode, though, he’s sharp, attentive, and upbeat when we talk.

“They removed a lot of things that kept me in darkness,” Joey tells me.

But he’s still as self-effacing as the kid I used to know. He adds, “It was the hygiene and fashion guys that terrified me the most.”

This is a fair worry for a man historically most comfortable in cargo shorts, ratty T-shirts, and bandannas, whose face is usually obscured by a scraggly beard. Grooming expert Jonathan Van Ness called him a “baby Jerry,” which I can only assume is a Grateful Dead reference (amusingly at odds with Joey’s old-school punk-skater mentality).

Queer Eye took Joey for an eye exam and fitted him with new glasses that look purposeful, replacing the thin-frame glasses he used to wear because he thought they were invisible. They trimmed his beard and cut his hair. They gave him clothes that can still be worn at camp but that actually fit him and suggest grown-up authority. And over a mere five days, the Fab Five gave him confidence. 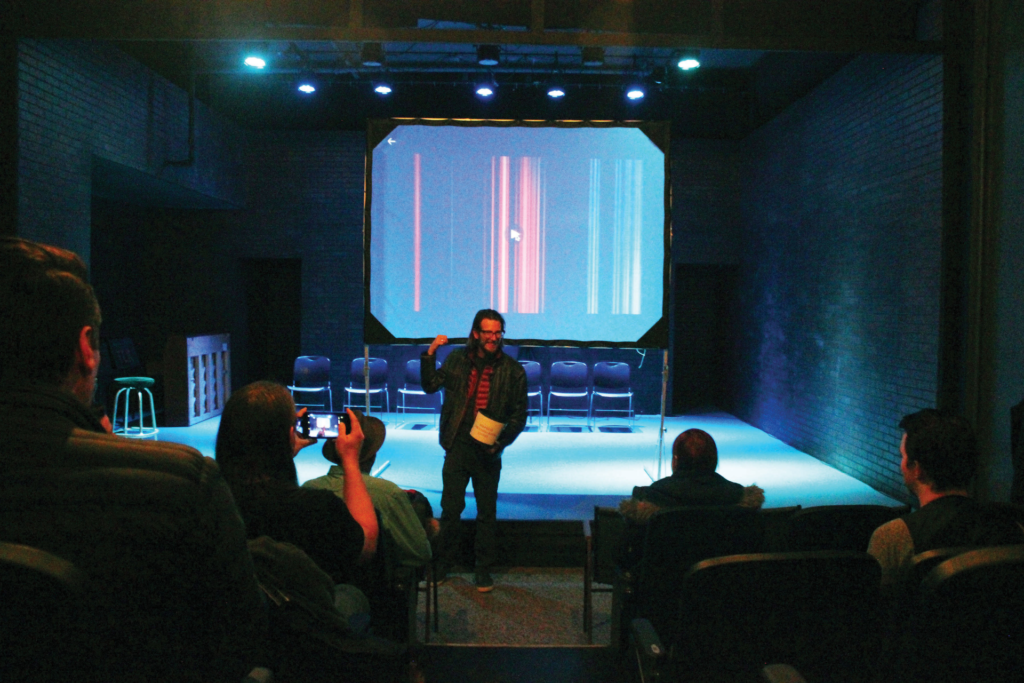 Just in time, because his Queer Eye secret is out, and the new season is finally on Netflix. Last night, he picked up Isaac from the airport. Over lunch today, he was live on KCUR 89.3’s Up to Date, where he gave his RV to the station’s vehicle-donation program. Earlier this afternoon, he attended a watch party at the Wildwood offices with its staff and his family, and the nonprofit began a fundraising raffle for a camp paddle signed by the Queer Eye cast. And the long day of intense attention will end at a friends-and-family late-night watch party at the Living Room Theater, where Joey — still all smiles — was recently part of the support crew for “An Evening With the Rents,” a standup show for and about families living with autism.

This morning, he had still not seen Episode 302,  “Lost Boy.” By the time the party ends, he and Isaac will have watched it twice. They’ll have seen Isaac paint the message “Today not someday” on a camp paddle for design expert Bobby Berk to mount on the wall in Joey’s apartment.

Joey seems to have taken the words to heart.