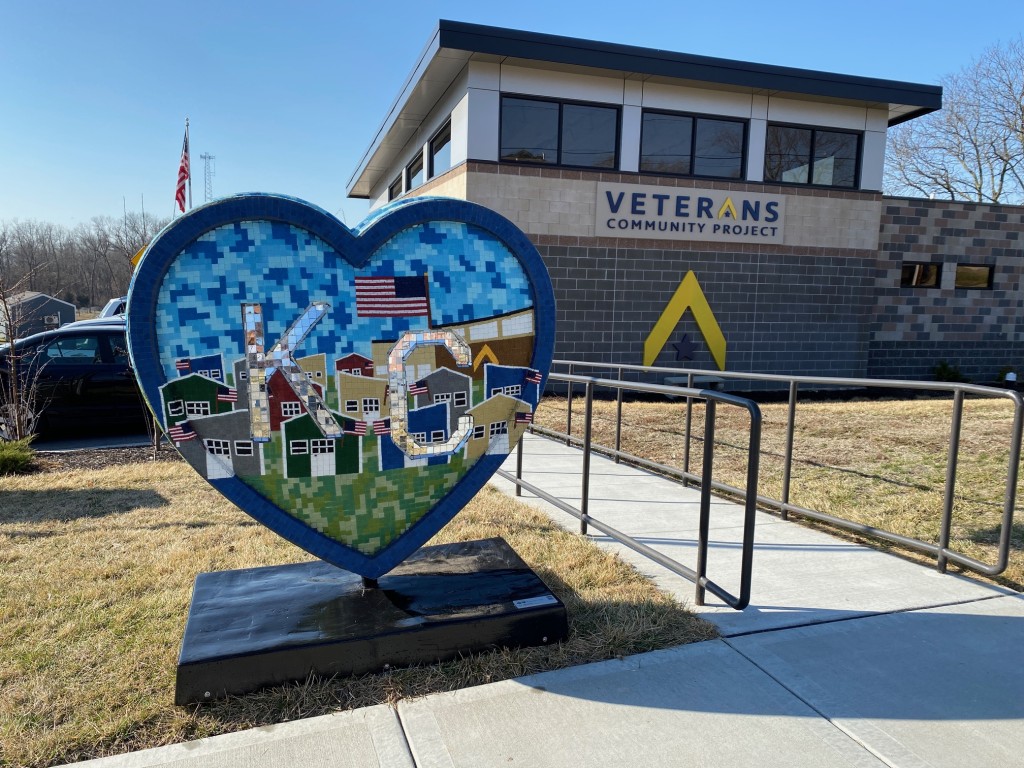 The hearts that pulled Kansas City together are now coming to a close. Originally starting as a fundraiser  for The University of Kansas Health System, as the Parade of Hearts idea expanded, the event decided to give their focus to a few other organizations.

“Before the pandemic happened it was going to be raising funds for the cardiac program at the Health System,” says Jenn Nussbeck, an organizer for the Parade of Hearts. “But in the summer of 2020 we said, alright what organizations can we look at in addition to the Health System that we can support?”

In the summer of 2020, the organization put out a call for artists and asked them to submit an original idea of what they would want their heart to look like. Within a short period of time there were over 700 designs submitted.

The hearts were spread over all of Kansas City, both the Missouri and Kansas areas, in the beginning of March and have helped to create a sense of unity, as well as brought locals to businesses and areas individuals may have not been acquainted with.

“It was a big part of our mission was to unify the region,” says Nussbeck. “We have been using the tagline the hearts are in two states, 30 cities, but one heartland.” 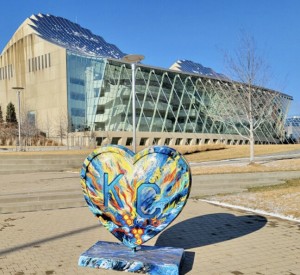 The art installation has brought a new sense of adventure into many Kansas Citians and though many wish the hearts could be around for longer, the event was always made to help those in need.

In the middle of June, over 100 hearts will be auctioned off online, including a dozen at a live event on June 17th. There are not currently tickets available to the public, however there will be an option to phone in your bid.

“Many people have wished that the hearts could be out a lot longer, but we have to get these hearts auctioned off and the proceeds to the people that need them,” says Nussbeck. “The Health System is buying equipment for COVID patients that have hearts problems now, AltCap will be making grants to minority and locally owned businesses, Mid-America Regional Council is going to be giving financial support to childcare and early childhood education, and then Visit KC Foundation, they will be making grants to locally-owned hospitality and tourism businesses.”

Although the hearts will be taken down within the next few weeks, local businesses have seen an uptick in traffic, and those who have lived in Kansas City for most of their lives have been able to explore new parts of the city they may have never thought to see otherwise.

“The descriptions we’re seeing from people as they do social media posts, they’re visiting areas of our communities that they’ve never been to before,” says Nussbeck. “There was an example last week where two different groups were taking pictures at a heart and then they both left and were going to visit another heart and it just so happened to be the same heart and they became fast friends and went around and ate at a local restaurant right around that heart.”

With the ending of the Parade of Hearts, the art installation will be bringing its message and goal full circle. For more information on how you can give to the organization in its last week you can visit here.

On your marks, get set, and go enter this sweepstakes for a VIP Trolley Run prize pack!