How Josh Groban created Harmony during the pandemic 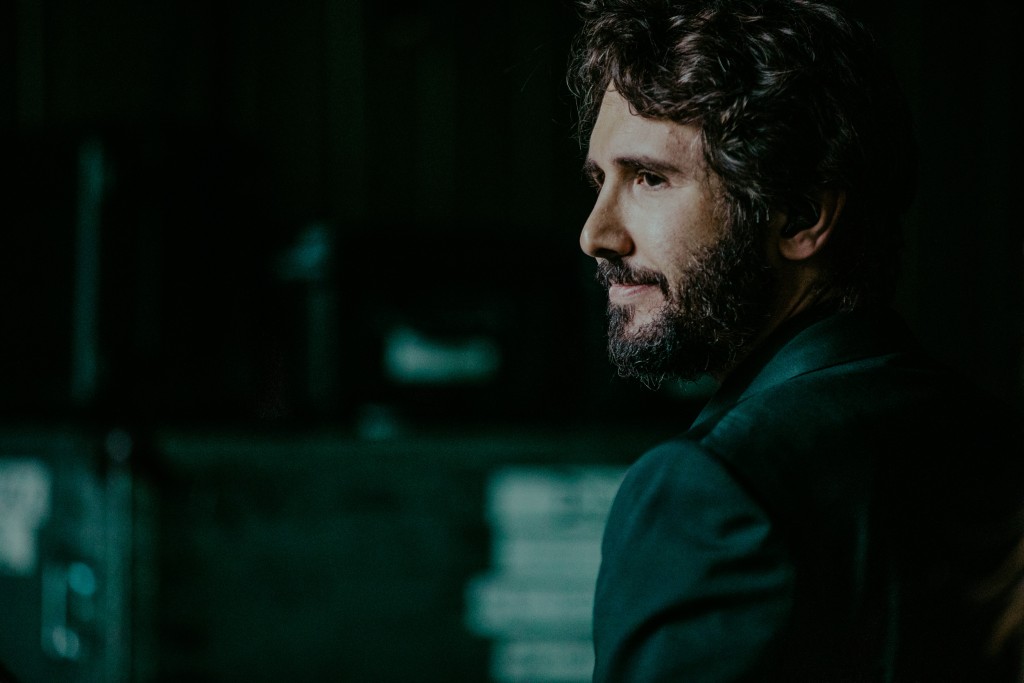 Calling Josh Groban a singer, or even singer-songwriter, feels as though one’s being absurdly reductive. The musician has performed on Broadway, been in movies and television shows, and has been nominated for Grammys, Emmys, and a Tony.

Over the course of his career, Groban has lent his voice to interpreting innumerable songs, giving classics his own inimitable twist, and his latest album, Harmony, is no different.

On the 2020 release, Groban tackles “The Impossible Dream,” “It’s Now or Never,” and “The First Time Ever I Saw Your Face,” among others, making Harmony the sort of record that has you listening intently, wondering just what standard he’s about to tackle next.

It’s a powerful collection of tunes, and in order to deliver them live, Groban’s bringing a murderer’s row of help on tour, including the New Orleans Preservation Hall Band, violinist/singer Lucia Micarelli, and singer-songwriter Eleri Ward.

We spoke with Groban by phone while he had a day off in Buffalo, ahead of his show at Starlight this Friday, July 22.

Josh Groban: I had just been on the road for a year and a half with an album called Bridges, that was primarily original songs. I had done a lot of writing. After Stages, I went right to Broadway.

I had spent–between those two albums–about four years singing other people’s brilliant music and during that time period, I just was writing a ton. That’s how Bridges came about.

I was out there singing my own stuff, and then it kind of does the reverse. When you’re out there, singing your own music, and writing, and creating, and trying to go left, and trying to stretch—sometimes the interpretation brain says, “Hey! Hey! Hey! Vocalist—there are a lot of songs that you’ve really wanted to sing for a long time. You’ve gotten your fill with the original music. Let’s find some great arrangements.”

I tend to go back and forth, album to album. That way, it gives me time to recharge my tank for original music. I’m very lucky that my fans have given me space to be able to do both.

The inspiration for Harmony was, basically, after a long time of doing originals, I had accumulated a lot of songs that I’d wanted to sing for a really long time–stuff that I’ve loved, stuff that fans had requested in comment sections of posts of other songs.

As a singer, you get a pretty hefty bucket list of things that might be right. Of course, choosing those songs is really difficult because you
want to have a reason for it. You don’t just wanna be the 500th version just because.

Getting the right production and the right arrangement—which is the most important part—and also finding the right songs for the times that you’re in–these songs changed pretty dramatically as we were making the album.

There was more power behind a song like “Impossible Dream.” I was waiting to sing that on another musical theater album, maybe one day, and it just felt right for right now. You just ride that wave. Whether it’s originals or covers, you have to let the process take its time.

Were any of the songs that ultimately made the album–either in its original form or the deluxe edition–suggested in a comment section?

I sing a lot of sad, breakup love songs in my career so, naturally a lot of fans would ask for a song like “Both Sides.”

I’d always loved both of Joni Mitchell’s versions of that song so much and had such reverence for it, so I was always kind of scared to tackle it. I just felt like maybe I hadn’t lived enough to take on that song, but again—as things were changing all around us—Sara Bareilles and I were talking about that song and we just said to ourselves, “Well, look, everybody’s gotten a cold splash of water, as far as perspective goes. It’s a song about perspective. It’s a song about seeing things through different lenses as life changes around you.”

And all of a sudden, it felt like it was a good time to express it and to do it.

Kenny Loggins’ “Celebrate Me Home” is a surprising cut. It’s not a deep, deep cut, but it’s definitely one where we’d forgotten how much we loved it until we listened to your version, and it’s like, “Oh, this is great.”

It’s so good. It’s infectious. That’s another one that, singing during a time when I was in my pajamas watching every single thing that there was to stream—to be able to sing that song, knowing that at some point I’d be able to be on stage saying, “I’ve missed each and every face.”

“Celebrate Me Home” was a song hoping for the future. That was a song I needed to sing to say, “Oh, at some point, this is gonna feel so good to sing live.” 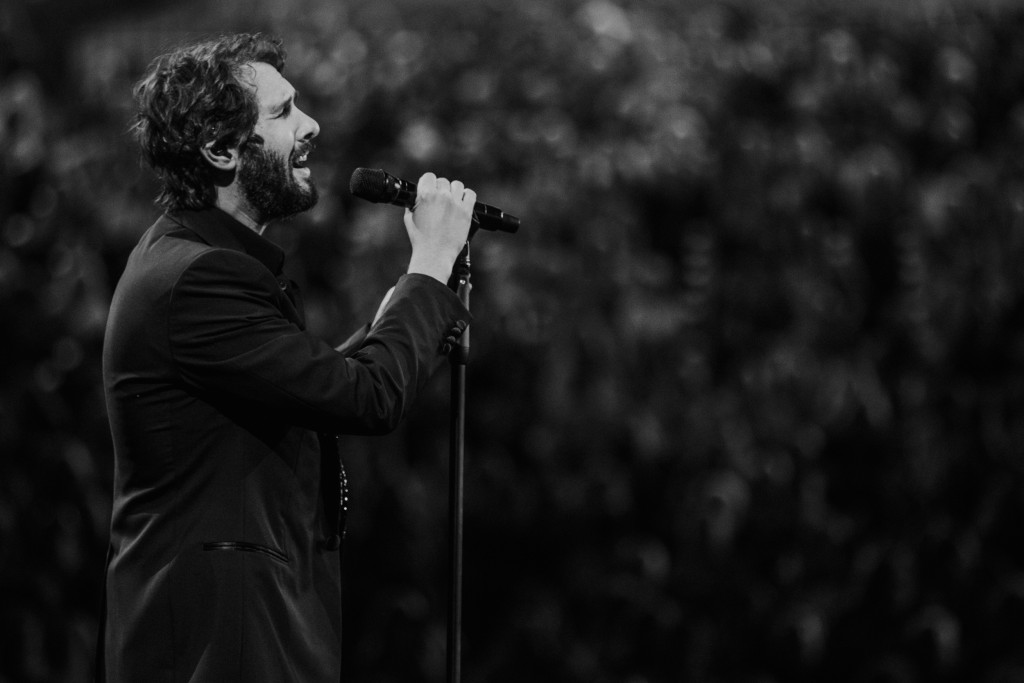 Every musician we’ve talked with over the last few months is just so thrilled about being back on the road and playing. What is it like getting to perform these songs that were released in a very, very different time?

I think it’s so funny because, literally, I don’t think there is an act that has not decided to tour this summer. It’s an extremely crowded summer. It’s like every band and every singer all had the thought of, “I think this would be a good summer to tour.”

This is like when everybody thought it’d be a time to bake banana bread, and it turned out that flour went missing because everybody had the same idea. We all thought we were so clever: “This is the summer to do it!” Well, it’s crowded.

We are, of course–and I know I share this with my music touring business brethren–we are all just swelling with gratitude that we get a chance to be out, to be under the stars, and to be at a venue that holds so many incredible memories for us, like Starlight. It’s been a dream. It’s been a blast. There hasn’t been any nerves. It’s just a feeling of fun and welcoming.

We did livestreams throughout the pandemic, and it was nice and cathartic in its own way to sing into a camera and know that there were 95 countries tuned in, and I could put my band and crew to work, and we could all get out and do what we love.

But you don’t hear applause, and you gotta wait for the tweets later to know that they were there, and nothing can replace how we felt on stage these last few nights with these songs–especially going full circle of singing these in my bedroom at a time when I didn’t even know if we were gonna be able to ever perform these songs live at all.

It’s pretty special. We’re soaking in every second out there, for sure.

It feels as though a lot of the albums that have come out of the pandemic have this sense of collaboration where it’s like, “We can’t go anywhere. We can’t do anything. Let’s work together.” On Harmony, you have Leslie Odom. You have Sara Bareilles. You have Kirk Franklin.

Whom I still have not been able to hug after all of this. I mean, [Franklin] is so unbelievable on that song–as he is on every song. His music put a smile on my face during the pandemic, on some of my darkest days, so when he said yes to this, I was like, “Fantastic!”

But I haven’t been able to hug the guy. I didn’t get to see Leslie Odom until the Tonys a year later to say, “Thanks for doing the duet.” Sara had gotten Covid and just recovered, and we were both in New York, so we felt safe enough to to be in the same studio together. But that was it.

The symphony was mostly in London where they were spaced out 10 feet apart. I’m in a studio in Los Angeles. My producer is in Nashville. We couldn’t have done this 15 years ago, so it’s really a testament to everybody’s commitment to wanting to make it work.

One of the reasons we called it Harmony was just because everybody had that gratitude. Every player, every singer, was just so excited that making music was a thing we were able to do, even though we were all separated.

If we closed our eyes and put the headphones on, we were all right there, and that was a really cool thing to experience but hope never to have to experience again.

It’s making lemonade, you know? It’s like, we have to. We owe it to this moment. If we don’t learn lessons, we don’t grow from those lessons, and we don’t take from it silver linings and gratitude. Through all that trauma, we can say, “Well, this is something I want to hang onto.”

That perspective and that balance are the things that are important to me in my life: The friendships, the family, the music that I like to make, getting off the hamster wheel for a second. There were certain things that I think were healthy for the artistic process during the lockdown.

I haven’t been off the wheel since I was 16 years old, so there was a certain amount of terror to that, but there was also a lot of meditation and taking a time out to know where my head was at musically, and where my voice wanted to be. Harmony was an exploration of that.

I think the next album I’ll start working on right after this tour is gonna have a lot of songs that have been written over the last year, and a lot of new ones that are being written now. It’s a process. The dust is gonna settle for a good long while, for everybody.

Josh Groban performs at Starlight on Friday, July 22. Details on that show here.