How is Kansas City’s refugee community faring under Trump? Not well. 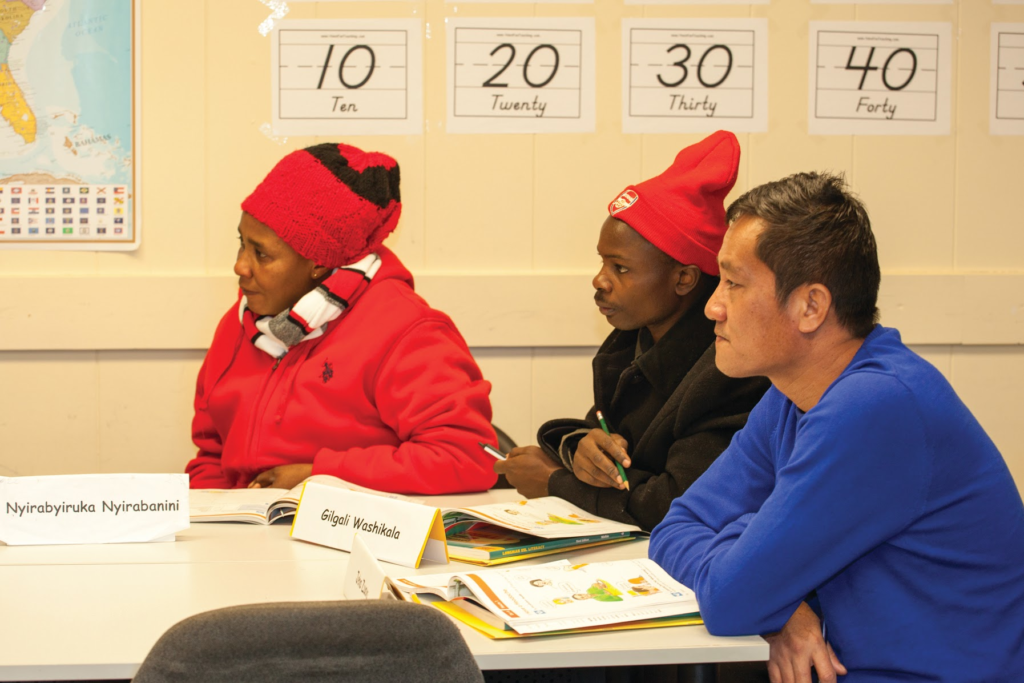 Istahil Bile lives with her three young daughters in an apartment in Kansas City’s historic Northeast neighborhood. It’s a hardscrabble kind of life. She takes one bus to her local hotel job, two buses to the grocery store.

But Bile is one of the lucky ones. A Somali woman, she came to the United States after spending seven years in a refugee camp. She left behind a husband and many family members. But she tries not to think of the past. She is focused only on what lies ahead.

“I want to talk English, to get better,” Bile says. “To get a better job.”

Bile arrived here during a time when the number of refugees entering the U.S. was climbing. But American policy related to the vetting and resettlement process has shifted dramatically since Trump’s inauguration. As president, Trump has reversed former Secretary of State John Kerry’s 2015 vow, made in solidarity with European countries, to increase the number of refugees allowed into the U.S. in the coming years.

During Obama’s last days in office, refugee agencies across the country were tasked with placing roughly 120,000 families. The Trump administration quickly dropped that number to 85,000. Then it was cut again, to 50,000.

This is bad news for refugees, of course, but also for the groups that serve them. Here in Kansas City, several organizations work with the federal government to provide assistance to refugees like Bile: Jewish Vocational Services, Della Lamb, Catholic Charities. Another group, KC for Refugees, exists to help fill in the gaps of what those organizations can’t provide. But with the number of incoming refugees dramatically slashed under Trump, these groups are staring down cutbacks and struggling to offer services.

Catholic Charities resettled 400 refugees in 2016. Last year, that number was down to 250, with 150 projected for 2018. At Jewish Vocational Services, they’ve readjusted expectations for how many refugees they can serve. In fiscal year 2016, they assisted 600 refugees. Last year, it was 450, and 2018 is looking like 350. Federal funding is based on how many refugees these organizations assist. If they’re assisting half the people they were two years ago, that means they receive half the funding. Which means layoffs — a dozen full- and part-time employees have been let go at JVS, which executive director says is “a big impact” there. 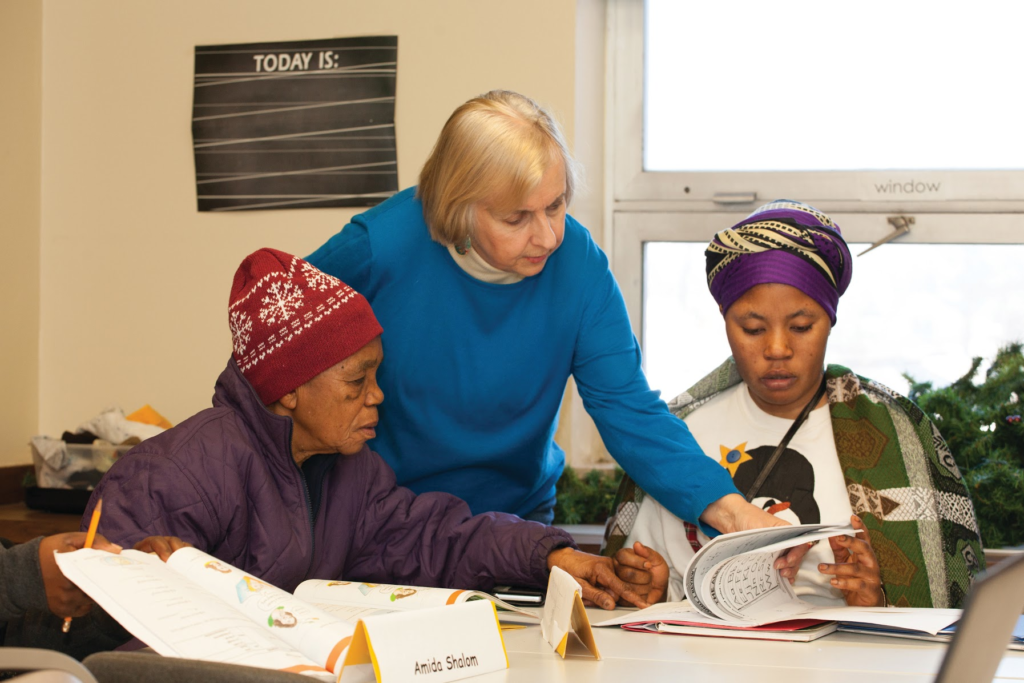 “Most unfortunate is that we employ people who are refugees themselves,” Singer says. She adds that, in addition to the policy changes, the administration’s “unwelcoming rhetoric” has made for a “really, really hard year for the refugee community.”

Judy Akers, executive director at Della Lamb, says that, a year ago, the agency had seven full-time staff members and several others working part-time to help with resettlement cases. Della Lamb is now down to three full-time employees. The organization served 220 refugees in 2016 and was ramping up to serve 300 by 2018. Instead, the numbers are falling; Della Lamb will likely provide assistance to only 135 refugees this year.

“It’s just overwhelming,” Akers says. “You continue to have refugees who come through the door in need of some kind of assistance, and we just don’t have the staff. We do what we can and continue to provide services no matter what.”

Since the 1970s, Vietnamese, Somalian, and, most recently, Syrian refugees have landed in Kansas City. They’ve made their homes here, and in doing so they’ve made our city a richer cultural place. Often, they arrive having already made great sacrifices. Singer, of JVS, tells the story of a young woman from Iraq who lived in a Turkish camp before making it to the U.S. As a minor, she was part of her family’s refugee case. But once she turned 18, she was assigned her own, separate case.

Then came the hard decision. She was granted admission, but the rest of her family — her mom, dad, and brother (who was suffering from health problems) — was not. The family decided to send the daughter, who is now in her early 20s, by herself in Kansas City, to a new country, a new life.

“[She] came to the U.S. thinking that her family was close behind her,” Singer says. “Then last January, the [Muslim ban] court order came down.”

The refugee program is built on the concept of hope, Singer says. When a country like the U.S. stops welcoming new people, “It shatters the hope that family members left behind will ever be resettled,” Singer says.

Dr. Sofia Khan, who founded and runs KC for Refugees, says that, without the vans dropping off new refugees for resettlement in Kansas City, her group has changed its area of focus to the “hundreds and hundreds who are already settled here who might be struggling.” People like Bile and her three young daughters.

Before the recent cuts, local agencies employed staff members who built working relationships with property owners, landlords, and potential employers. With reduced staff, the refugees who are already here find themselves on their own.

“Housing [them] is becoming a huge problem,” Khan says. “They are reaching out to us. Some of the families are really struggling.”

When Khan started KC for Refugees, her intention was to establish a network of volunteers. Now she finds herself applying for grants, hoping just to sustain the organization.

“My concern is that, the way things are going, they might disassemble the refugee program, and fewer and fewer [refugees] will [come] to the Kansas City area,” Khan says. “But we will try to push forward.”