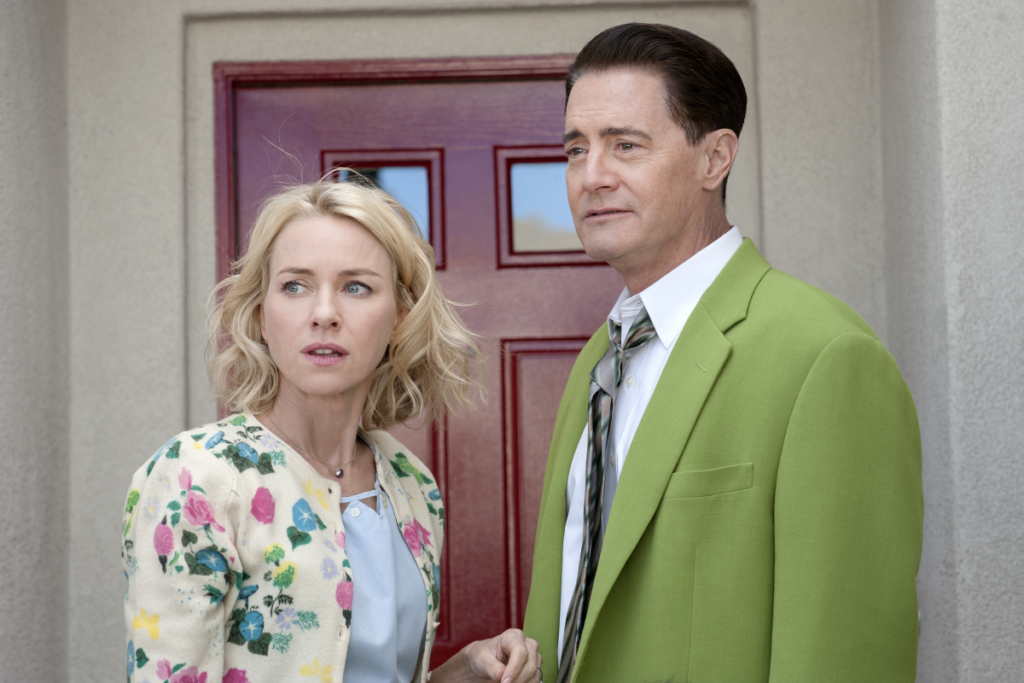 I don’t take this lightly.

I grew up watching an average of two movies a week in Kansas City theaters and at area drive-ins. I saw The Empire Strikes Back and Return of the Jedi in the 800-seat main auditorium of Overland Park’s long-gone Glenwood Theatre, where Darth Vader loomed on a curved, 70-foot-wide, 40-foot-tall screen. In high school, I worked as a projectionist, staying up until 3 a.m. on a school night to splice reels for Rain Man and screen it by myself to make sure that I hadn’t accidentally turned Tom Cruise upside down.

When DVDs arrived, I spent years buying and watching movies that at last had been restored to their widescreen formatting after decades of shitty VHS pan-and-scan. All of cinema’s history seemed suddenly accessible. I got a film degree. I became a film critic. I bought a 1080p TV. I repurchased all those movies again (and then some) on Blu-ray.

So, no, I do not take lightly the idea that I recently have found myself watching TV shows and movies on my iPhone.

Allow me to explain.

It did not happen overnight, this setting aside of mobile-sized videos depicting animal farts and political memes in favor of what I have unironically referred to as “the art of cinema.” But happen it did, and ultimately for the same reason that humanity failed to ignore Slim Jims and Big Gulps: convenience. I am a weak man and I need my movies and my peak TV.

So for the record — and for other film fans struggling with the same moral dilemma — I’m using this space to chart the gradual erosion of my standards and my path toward acceptance. This is how I have grown to love viewing valuable narrative programming on a 5.5-inch screen (and listening through factory-issue earbuds).

I live in what city dwellers generally call “the country.” My internet connection isn’t merely rural. To use a technical term, it sucks. Meanwhile, about four years ago, a couple of indie movie distributors started sending critics like me links to films they hoped would be reviewed — films for which funds for making and mailing DVDs, let alone booking a screening in a local theater, did not exist. I did my part for the little guys, and for my own hunger to see every last thing: I hooked my laptop up to my big-screen TV and accepted the link. But every time I went to full-screen mode, the “buffering” wheel of despair would appear, and the movie would stop.

The solution: I settled for watching these movies on my laptop.

Even then, the wheel sometimes appeared again, leading me to a desperation play. I’d make the browser window even smaller. With my deadline looming, I spent long evenings waiting … for … the … buffering … to … catch … up. This was especially brutal when I sat down to the three-hour French arthouse hit Blue Is the Warmest Color.

For a long time, I lived with this frustration. The experience wasn’t ideal, but my appreciation for a given movie never felt under serious threat. What was changing was my willingness to accept inhospitable viewing conditions. I didn’t know it yet, but my creep toward the smallest screen was well on its way.

I told you before that I’m weak, but I do try to spend time at the gym. Two things are ubiquitous in that climate: free Wi-Fi, and one’s absolute need to occupy one’s mind while on the soul-deadening elliptical trainer.

This is a dumb show about a dumb guy who makes dumb decisions and is generally not capable of figuring out until almost too late what is immediately obvious to everyone else. I wouldn’t bother with it, except that, nine years ago, I bought into this Marvel shared-universe idea and have ever since been committed to watching it play out, across TV and movie screens, in (mostly) congruent timelines. Among my sacrifices so far: I have half-heartedly witnessed the drastic ups and downs of Agents of S.H.I.E.L.D. As Van Morrison said, it’s too late to stop now. (Alternately, to quote Neil Young, don’t cry no tears around me.)

And lo, the liabilities of this dumb show became assets. The predictability, the eye-rolling dialogue, the intermittent kung-fu with no real stakes — all of it now comforted the half of my brain that usually gave itself over to calculating much time I had left to burn 500 calories. And because there were 13 episodes, I found myself actually looking forward to working out. Instead of an awful place full of punishment, the gym was now a space dedicated to facilitating my guiltless consumption of cheesy pop culture.

I’m not saying we should all live this way. But I have developed some basic rules for knowing when a show or a movie is OK to watch on your phone. They work for me. If …

The visual language isn’t challenging. You can, with minimal effort, interpret what is happening on the screen. (This is a low bar. From commercials to the internet, conventional visual storytelling is utterly second-nature to us.)

The frame isn’t full of detail. (Blade Runner is highly detailed. Netflix’s Bloodline, not so much.)

The pacing isn’t unique, and the feel isn’t singular. That is, you can stop watching to take a call, then return to the action without consulting Wikipedia.

The plotting is not just obvious but is, ideally, reinforced over and over. Not to insult anyone, but a fourth-grader could probably follow it while playing a video game.

Any nuance of character is secondary to story.

The exception that proves the other six rules: A small film that moves you can be far more effective on a big screen, in an immersive theater environment, than a tentpole picture full of explosions. But there’s no shortage of material pitched comfortably between intense, unforgettable drama and Kubrickian epic — most of which will, I’m still surprised to report, play just fine on your device.

Now, the iPhone is still not my first choice, but once I let my guard down for Iron Fist, I soon found another candidate for second-tier viewing. With all of its music-video montages and heavy-handed (though still welcome) messages of gender and sexual equality, Season 2 of the Wachowskis’ Sense8 was going nowhere for me at home. But I had too much invested to quit it completely, so I moved it down the screening ladder from my TV to my iPhone. Netflix’s streaming app is one of the best, so this was not a difficult choice. Yes, the cinematography is beautiful, and there are plenty of exotic international locations, but I was more experienced with mobile viewing now and I didn’t worry about missing anything too important. (And now the show has been canceled, so apparently I wasn’t alone.)

Then came Twin Peaks: The Return. When the two-hour premiere hit Showtime, and it was advertised that subscribers could also immediately watch the next two episodes that night. My satellite TV provider, however, didn’t feel obliged to honor this arrangement. So I raced to my phone, downloaded the Showtime Anytime app, and did the unthinkable: I streamed two hours of David Lynch on my 5.5-inch mobile screen.

But on the other hand, reader, I believe I appreciated the show — with its intimate sound design and its strange narrative rhythms and heavily encoded visuals — just fine on the iPhone. Of course, Twin Peaks gets richer and more rewarding with repeated viewings, so I already knew this first small look-see would not be my only visit. I watched it again at home on the big-screen TV. And my second rewatch of those four hours turned out to be at the gym, sweat in my eyes and the sound turned up full blast through my earbuds.

Let’s call Twin Peaks an emergency exception, then, but also a lesson in the elasticity of my standards. The older I get, the more value I place on my time — I’m running out of it, but there’s no shortage of high-quality scripted (and unscripted) motion-picture content to fill those limited hours, to say nothing of various Marvel Universe offshoots. And I always have a device at hand to address this imbalance. So do you.

I’m left wondering whether I’ll have any mobile-viewing rules at all by this time next year. If the 2018 equivalent of 2001: A Space Odyssey comes along, I don’t intend to watch it for the first time on my phone. Maybe the second time. Maybe on my new iPhone 8.