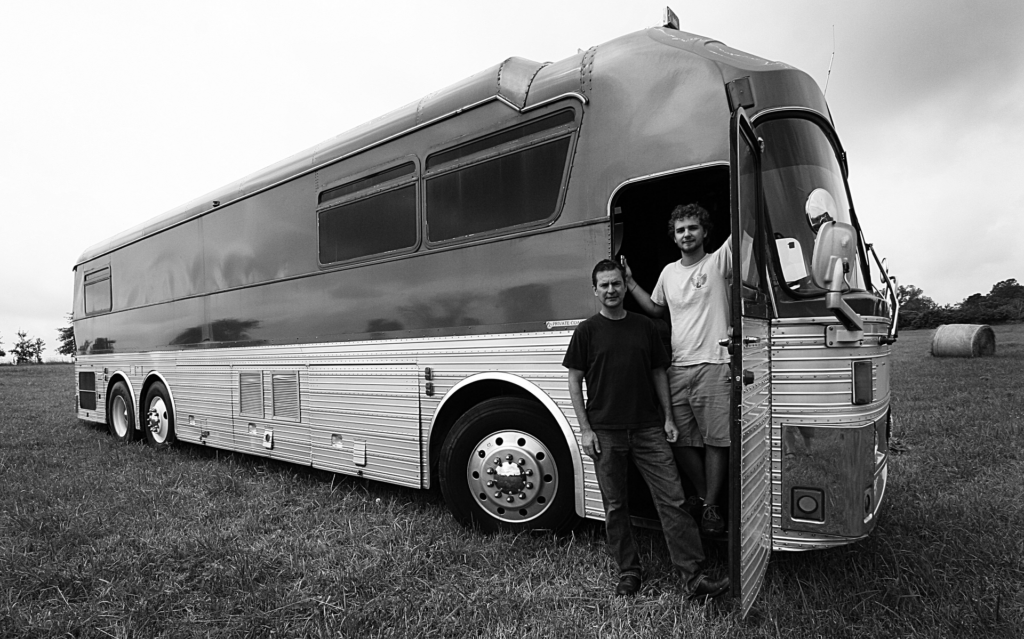 What Wickham did was rescue a large, diesel-fueled heap of Americana that weaved across the yellow line between country and rock, between heartbreaker and heartbroken, between mothers and their sons who grow up to be cowboys.

Until a few years ago, Wickham was the guitar player and singer for the alt-country band Hadacol, where he played with his brother Greg (rhythm guitar, Hammond B-3), bass player Richard Burgess and drummer Brian Baker. Hadacol toured hard, released two albums and then faded. Baker moved away, and Burgess went on to join Pendergast, the Expassionates and the Cass County Lamenters.

They all play music that descends from what, in the 1970s, became branded as outlaw country, when Willie Nelson and Waylon Jennings, channeling Hank Williams, hit their commercial peak. And because Willie and Waylon reveled in their craziness, let’s just settle it: What Wickham did was the coolest thing ever.

Wickham and his son, a junior at Central Missouri State University who is also named Fred Wickham, were in Nashville for Levon Helm’s Midnight Ramble concert at the Ryman Auditorium and had gone looking for souvenirs. “We’re huge Waylon Jennings fans, and we were stopping at all the cheesy shops on the main drag looking for Waylon crap,” the elder Wickham recalls. “It was weird because it was all Willie Nelson, Johnny Cash and Hank Williams. I don’t know why there was no Waylon.” (Jennings died in 2002 at age 64.) Back home, Wickham got on eBay and typed in “Waylon.”

The first thing that came up was Jennings’ tour bus. It had been listed for an hour.

A 1973 Silver Eagle, built in Belgium. In other words: classic.

Wickham didn’t need a bus, but he was pretty sure no one else was going to buy it. A typical eBay listing for this sort of thing would have dozens of detailed photos, but there were just a couple of fuzzy snapshots. And the bus had been owned after Jennings by a Kentucky-based family gospel group — which just seemed wrong.

He wondered, though, whether it was the right bus. “Waylon was one of the biggest stars in the world — he had several buses,” Wickham notes. A ’73 Silver Eagle would have been after Jennings renegotiated his deal with RCA. “That was the big turning point in Waylon’s career, where he held out, demanded that he be able to use his own musicians in sessions, do things his way.”

The younger Wickham started doing research. That led him to a 1973 Penthouse article headlined “Country Buses.” After reading it, Wickham knew this was the right bus.

For the article, a writer named Terry Guerin rode along on a trip from Nashville to Minneapolis. A couple of passages hint at the vehicle’s glory:

“The eight-by-twelve galley is the first room behind the driver’s cabin. It contains a mounted color television set and eight thousand dollars’ worth of stereo equipment.” The bathroom is a “pretty little john with the twenty-four-carat, gold-plated sink fixture, sculptured marble commode, champagne crushed-velvet headliner, and gold-plated star on the door.” Jennings tells Guerin: “We have a ghost on board, y’know, and we been gittin’ to thinking that son-of-a-bitch must be the ghost of Hank Williams, all the roaring we do. So we put that star on the door to keep Hank happy.”

Jennings’ private room at the back of the bus, Guerin writes, “has a big walk-in closet, two mounted ten-inch speakers, a reel-to-reel tape player, and an amplifier mounted in a vertical console finished in Shellrock. It has a bed covered in Indian-print cut velvet against one side wall. Opposite it is a small collapsible table fronted by a handmade, high-backed, swivel-wing, black velvet chair, in which Waylon sits tossing longish, oily chestnut hair he won’t wash for another four days.”

If Guerin witnesses any of Jennings’ notorious behavior, he doesn’t describe it; instead, he gives us bass player Duke Goff drinking beer and chatting with rhythm guitarist Larry “about the methodology or oral sex with diesel sniffers (C&W groupies).”

“We don’t know exactly what went on in that bus,” Wickham says, “but Willie Nelson, Johnny Cash, Kris Kristofferson and all their friends were on that bus. If there’s any country star’s bus that might have stories to tell, you gotta believe it would be Waylon’s.”

So he bought it.

The day it arrived from Kentucky, Wickham and 15 friends were to meet the gospel family at a car-rental place in Independence.

“Someone said, ‘There it is!’ and I looked down Noland Road and thought, What have I done?” Wickham says. “It dwarfed everything. It was like Noland Road was a harbor full of little boats, and here comes an aircraft carrier. But everybody was cheering.”

Now it sits in a pasture at his mother’s home in Warrensburg, the bottom half glistening chrome, the top half a garish dark aqua, the gospel family’s name still desecrating its rear end.

Inside, it smells musty. A couple of Jennings’ signature, spread-eagle W’s are carved in the fake woodwork; a neon-orange “Waylon” is etched into a mirrored control panel above the windshield. Velvety brown curtains date back to Jennings, Wickham thinks, but the turquoise carpet and upholstery don’t. The toilet is now marble-patterned plastic. Wickham can’t figure out why the gospel family would have left the “Dixie 45” bottle opener screwed into the fake-rock wall near the fridge, but there it is.

“This was filthy when we got it,” he says. “As we were cleaning, we kept looking for guitar picks, but mostly what we found was McDonald’s toys.” Eventually, Wickham says, “We found some insurance papers made out to Waylon and a backstage pass with Waylon’s logo. That backstage pass was like gold.”

More online research led them to a photo of Johnny Cash on the bus. It was taken on the set of the 1986 Stagecoach remake starring Cash, Jennings, Nelson and Kristofferson. Another trip to eBay secured a Harman Kardon receiver like the one behind Cash’s shoulder in the photo.

It might be the beginning of a slow restoration. “If it was restored right,” Wickham says, “it’s one of those things that should be somewhere for people to see in Nashville.”

Meanwhile, he’s just enjoying it. “It always feels good going on the bus. It’s like there’s a spirit.”

Around the same time he bought the bus, Wickham began writing songs again after a few dry years. Now the Wickham brothers are thinking about getting Hadacol back together. “We’ll probably go down to Springfield and cut some demos with [producer] Lou Whitney and see if it takes off like it did last time.”

It has to. Because now they have to go on tour.