‘How do I know if a guy is a player or if he has feelings for me?’ 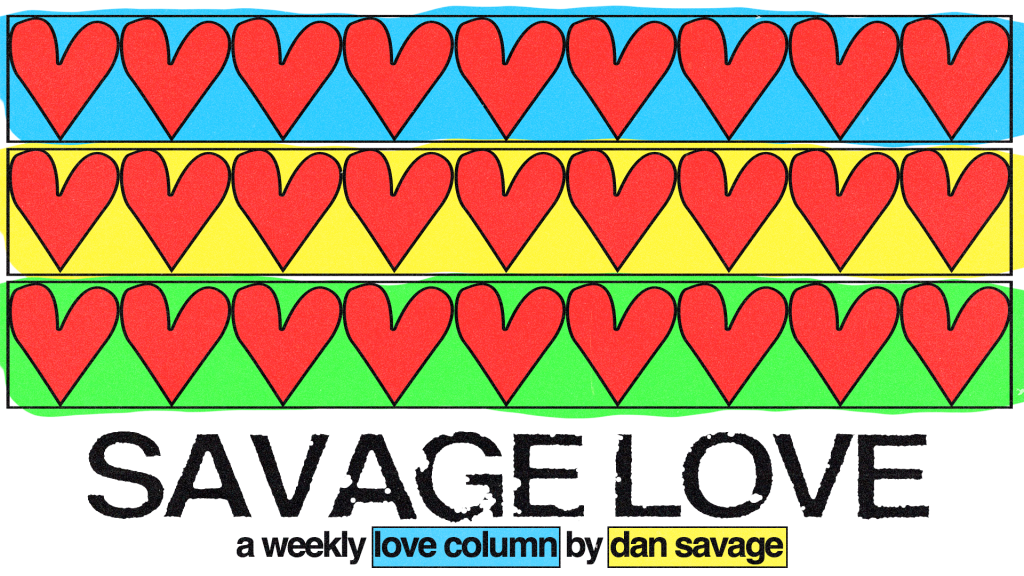 Dear Dan: I’m having a problem advising a friend. She’s been through a divorce and now the breaking off of an engagement. To put it simply, both relationships ended because she was cheated on and she has a zero-tolerance policy around infidelity. To complicate matters, in each relationship we—her friends—have witnessed her being very cutting to the point of being downright insulting to her former partners. She has a tendency to tease her partners about their deepest insecurities in public and to express her extreme disdain for their family members openly. I had a chance to speak to each of her former partners after the breakup and they expressed to me that they felt emasculated by her and that their self-esteem was shot and they had essentially “had enough.” However, neither have given her this feedback directly.

My friends and I have hinted to her about this pattern in the hopes of helping her see what her role might be in these breakups. But she takes extreme offense to any criticism and insists she’s the victim. I’m sympathetic to her plight but her unwillingness to accept any responsibility makes it difficult to offer her any useful advice. I’ve been there for her, calling her daily, and stopping by when I could in a COVID-safe way. But every conversation turns into a three-hour-long rehashing of these relationships with all blame assigned to her exes. I’ve let a few weeks go by without reaching out because I don’t want to have another one of these conversations. I’m curious what you would do here. Our entire friend group is now debating whether we should share our actual opinions with her at the risk her being angry with us. The other option is to leave it alone and hope she comes to her own conclusions. I wish her exes had the courage to tell her their true feelings.

No Brainpower For Clever Signoff

Dear NBFCS: Your friend must be one scary asshole—I mean, that would explain why her former romantic partners won’t tell her she’s an asshole and why her friends won’t tell her that her assholery has consequences. Like getting dumped. And while her exes should’ve broken up with her before cheating on her, NBFCS, it sounds like both opted to slam their hands down on the self-destruct button instead. And who can blame them? Maybe thought cheating would help them masc back up after enduring your friend’s emasculating abuse—and that would be pretty fucked up if they thought that—or maybe they wanted to punish your asshole friend by engineering breakups every bit as painful for her as these relationships had been for them.

But why they cheated isn’t the question. You’re wondering what, if anything, you should say to your friend about this pattern, i.e. that she’s an asshole who emotionally abuses her romantic partners and it makes you and the rest of her friends uncomfortable.

If you want your friend to know she’s an asshole and needs help, NBFCS, you’re going to have to say something. Assholes rarely have epiphanies. If you can’t bring yourself to say what you need to say to her asshole face, put it in a letter, ask your mutual friends to cosign, and email it to her. You might never hear from her again, NBFCS, but would that really be so terrible? Do you wanna be friends with someone who expects you to sit there silently while she verbally abuses her romantic partners and then expects you to sit and listen while she complains about her exes for hours? We both know the answer to that question, NBFCS, and it’s fuck no. You’ve already started to cut this woman out of your life—you’re in the process of breaking up with your friend—because her good qualities, whatever they might be, don’t compensate for her assholery. You’ve got nothing to lose by leveling with this woman except for her company, which you do not enjoy. You can’t condemn her exes for not having the courage to share their true feelings with her if you don’t have the courage to do the same.

Dear Dan: How do I know if a guy is a player or if he has feelings for me? This guy goes to my university and we had our eyes on each other for more than year. I made a move and sent him a friend request on FB and we started spending a lot time with each other. The problem is, I am constantly finding him with other girls. He got to know my female friends and started talking them up too and he says the same things to them that he says to me. This made me really upset and I told him I wanted some space and asked him to stop contacting me but I couldn’t tell him the real reason. Instead I told him he was suffocating me with his attention (partly true) but he kept reaching out to tell me how much he misses me. He even told me he has feelings for me but he isn’t sure what they are and so can’t put a label on them and says I’m special to him and he gets insanely jealous whenever he sees me with other guys. Feel free to ask about for more details about our story if you’re interested.

Dear PLAY: No more details. Please. While I’m sure every last detail is fascinating, PLAY, what you need to do here is obvious—it’s so obvious you’ve already tried to do it.

Zooming out for a second: “He’s a player,” is just another way of saying, “He’s a liar.” A player is a guy who tells someone what he thinks she wants to hear (“you’re so special to me”) to get into her pants. If a little play is all a person wants—if some sexual attention and whole bunch of compliments you know to be bullshit are what you want—then it doesn’t matter if the guy is a player. His lies can go in one ear and out the other at the same time his dick goes in and out of you. But if you want something serious with this guy and you know you’re being played, that’s going to be painful. And if you want something serious with someone and you’re hanging around with or fucking a player, that’s a waste of your time.

So, PLAY, do that thing again, that thing you already did, but stick to it this time. Tell this guy to stop contacting you, unfollow him on FB, and block his number and encourage your friends to do the same.

Dear Dan: Heterosexual, 30-something, female here. For all of my sexual life, until recently, I really enjoyed having my nipples played with by my partners—during sex, as part of foreplay, fingers, clamps, lips, tongue, just about anything touching of my nipples was a turn-on and an orgasm-enhancer. But something changed after witnessing my boyfriend’s sister breastfeeding her child. Something about seeing nipples being used for, well, what they’re meant to be used for, has really squicked me out. Now, when my boyfriend touches my nipples in the slightest way, I find it irritating, a little gross, and a huge turn-off. I think maybe this was the first time I’d seen breastfeeding in person? Or maybe it has something to do with the fact that it was my boyfriend’s sister? I don’t know! I don’t know why, but for whatever reason, seeing nipples in a different light has left me repulsed by the idea of using mine in a sexual way. If I’m close to orgasm, I can stand a little bit of nipple attention but nowhere near the amount I used to like. I want to enjoy nipple play again, Dan! Any advice for getting my nipples back? It’s been months!

Breasts Out Of Business Suddenly

P.S. I don’t mean any offense whatsoever to those who breastfeed. It’s not the breastfeeding that I find squicky. It’s the idea of using my own breasts in a sexual way that has me suddenly feeling all conflicted and weirded out.

Dear BOOBS: I don’t wanna ruin dick for you, BOOBS, but you do know men don’t just ejaculate out of those things, right? Dicks serve more than one purpose. Dicks and nipples both have specific non-sexual purposes (peeing and breastfeeding) as well as specific sexual functions (ejaculating and, um, erogenous zoning). There are a lot of sensitive nerve endings and erectile tissues in and around our nipples, both the male and female varieties, and our nipples—like our assholes and our throats—don’t just have a sexual use, they have a sexual purpose. Considering that we have more sex than we do children, BOOBS, you could argue that their sexual use is their highest and best use. Which means you aren’t misusing your nipples when you derive pleasure from having them licked, sucked, clamped, etc., BOOBS, you are enjoying your nipples just as nature—natural selection and spontaneous mutation—intended them to be enjoyed.