How COVID-19 protestors are unwitting victims of propaganda 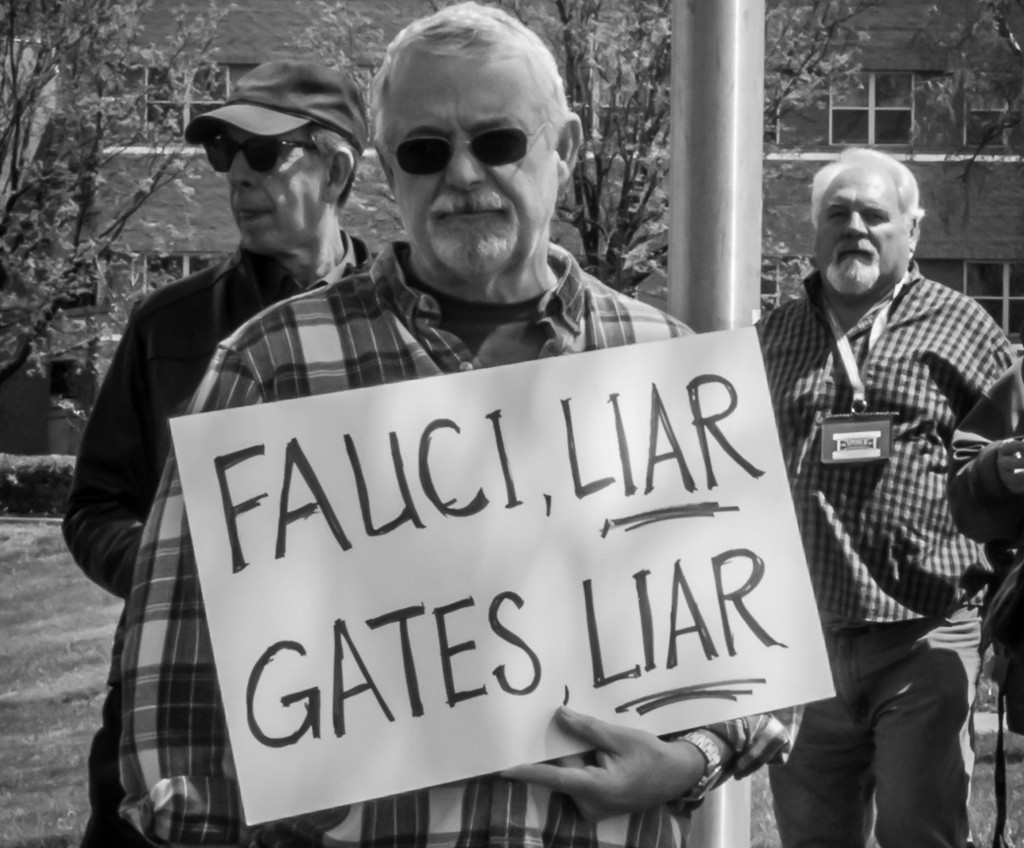 It began with TV shots of angry people all over the nation. It seemed all at once.

From Philadelphia to California to Kansas City, protestors were angry. Very angry. From city to city, they demanded that businesses reopen. They said COVID-19 was a lie, an exaggeration. They waved Trump flags and wore MAGA hats.

It may be easy to assume the COVID-19 protests are a grassroots uprising, a groundswell of popular mass opinion.

But the problem is, that’s not true.

Across America, Republicans and Democrats agree COVID-19 is a serious threat. Until the COVID-19 protests began, national, state and local polls found consistent, overwhelming public support for quarantines. A Pew Research poll published April 7 found 61% of Republicans — what would be considered a landslide in most election victories — support business closures. Among Democrats, it’s 81%. Cancelling sports events? On that topic, we’re on the same team. A whopping 87% of Republicans and 95% of Democrats agreed to wait out the season, as painful as it is.

A later poll by NBC News and the Wall Street Journal, conducted within days of the protests, found that while opinion remained consistent with Democrats and independents, Republican views were starting to split. Although nearly half of Republican respondents still agreed with most that reopenings could happen too quickly, that view was softening.

The COVID-19 protests seemed violent and angry — and they were. Protestors hurled racist threats at nurses who counter-protested in Colorado, held a reporter at knife point in California, and brandished automatic weapons at the Michigan state capitol.

Several groups tied to the COVID-19 protests, such as the Oath Keepers and Three Percenters, are seeking a new civil war in the United States. In Loose Park, cannons and historic markers memorialize 35,000 men who fought and 10,000 who died on those sprawling lawns during our last civil war. It’s a numbing reminder of the protestors’ ambitions, and a far cry from the Joe Six-Pack they seem to portray on TV.

Other COVID-19 protestors included neo-nazi groups with anti-semetic and racist messages, including members of the National Socialist Movement, who waved signs calling people of Jewish faith the “real plague” at a protest in Ohio. The National Socialist Movement has ties to an allegedly planned hospital bombing in our own backyard of Belton, Missouri. It’s hard to imagine these violent neo-nazi groups are protesting to reopen their hair salons and golf courses.

These extremist groups, once disparate and unaffiliated, are now linked into a network that can coordinate national actions. The rise of social media and internet chat spaces like 4-chan have allowed these groups to recruit, train, and mobilize for years, and at an ever-growing rate.

The Des Moines Register tracked a massive anti-quarantine hub to a single pro-gun, anti-choice family in Des Moines. The family’s brothers manage a sprawling network of anti-quarantine Facebook group pages that amassed over 200,000 followers and spurred protests in Wisconsin, Ohio, Pennsylvania, Minnesota, and New York. The pages are credited for creating a false impression of widespread support and, even worse, are a key source of misinformation. The pages are also profit-driven ad sites that drive money to the family. As one brother, Aaron Dorr, told the Des Moines Register, “We don’t apologize for anything!”

It’s hard to imagine this same extreme violence at the Women’s March, which saw a record five million people, including families with young children, peacefully march worldwide the day after Donald Trump took office in 2017, and has continued each year since.

The Women’s March typifies America’s modern protest movement, marked with luminary moments like the 1963 March on Washington for Jobs and Freedom organized by social justice activists including Bayard Rustin and Rev. Dr. Martin Luther King, Jr., and the Christopher Street Liberation Day, America’s first pride parade, organized in 1970 in response to a violent police raid of the Stonewall Inn in New York.

The Women’s March, Pride parades and the March on Washington are part of a legacy of nonviolent movements for social change. They can be traced back hundreds of years, and include Gandhi’s well-known efforts to liberate India from colonial rule with years of actions including a 241 mile-long march. Organizers have long known that inspiring and inclusive movements can generate lasting social change.

The COVID-19 protests are different. Small and violent, COVID-19 protests aren’t mobilizing for social change. They seek a status quo. They are quintessential “astroturf,” a well-worn political strategy that creates a perception of public support for corporate interests.

On April 13, mere days before the COVID-19 protests erupted on television stations, Kansas state legislator Brandon Woodard tweeted he’d suddenly received fifteen identical ultra-conservative requests to repeal every executive order issued by Governor Laura Kelly. He hinted to the coordinated effort that a letter campaign would require: “I’d like to know who is organizing the infection and death of more Kansans,” he said.

That same day, the Washington Post unveiled an investigation into a new collaboration among conservative groups to push the White House to reopen businesses and force out health advisors Dr. Anthony Fauci and Dr. Deborah Birx. A cross-collaboration between our nation’s largest corporate interests and our nation’s most well-funded conservative grassroots mobilization groups, the cabal has a unique ability to simultaneously organize protests, push the White House, and push state lawmakers.

The conservative group includes the Heritage Foundation, the Tea Party Patriots and FreedomWorks (both widely credited for the rise of astroturfing), and the American Legislative Exchange Council (ALEC). ALEC is a political lobbying group that targets state lawmakers for legislation that benefits corporate giants in oil, insurance, pharmaceuticals and telecom, such as the Koch brothers, ExxonMobil, Pfizer, AT&T, and State Farm Insurance.

The network’s ambitions are both economic and political, according to the Washington Post. While corporate interests seek an economic rebound for profits and stock shares, political interests are counting on a robust economy to help the GOP win in November.

While Fox News was not identified as a direct member of the group, it’s a crucial link to the astroturf strategy (as are all press). For more than a decade, Fox News has played a conspicuous role aggressively promoting conservative protests with the Tea Party and, now, COVID-19, as documented by Media Matters for America, a nonprofit media tracking group. Fox News amped up COVID-19 protests by ignoring the presence of extremists, ramping up more frequent coverage, and sprinkling positive commentary among pundits.

“If people feel that way, you’re allowed to protest,” Trump told reporters at a White House briefing a few days after the protests began.

Who benefits from this combination of corporate elites and neo-nazi extremists? Is it the average American?

Millions more Americans have yet to receive basic COVID-19 tests, one of the key requirements to safely resume daily life. Instead of pushing for tests, this conservative network has made public its efforts to silence our nation’s top medical advisors.

At a recent COVID-19 protest in Kansas City, the turnout was small — very small. It consisted of one protestor. And yet, TV crews covered it. Is it fair for the press to portray COVID-19 protests as though they are real public issues? Should editors be mindful that each column inch, each airtime minute, could serve a biased political tactic? Television coverage of a lone man pacing a lawn took precious airtime away from small business owners who are struggling to keep their employees on the payroll, or nurses working without tests and protective gear.

No matter how powerful or well-orchestrated it may be, political gamesmanship cannot deny the somber misery of a pandemic. To date, more Americans have died from COVID-19 than the Vietnam War. America is now number one in reported cases, even without having enough tests to know the real numbers, which are likely higher. As COVID-19 rolls along and we start to slowly create a new daily life, let’s hope we’re mindful of right-wing “uprisings,” and the costs they represent.