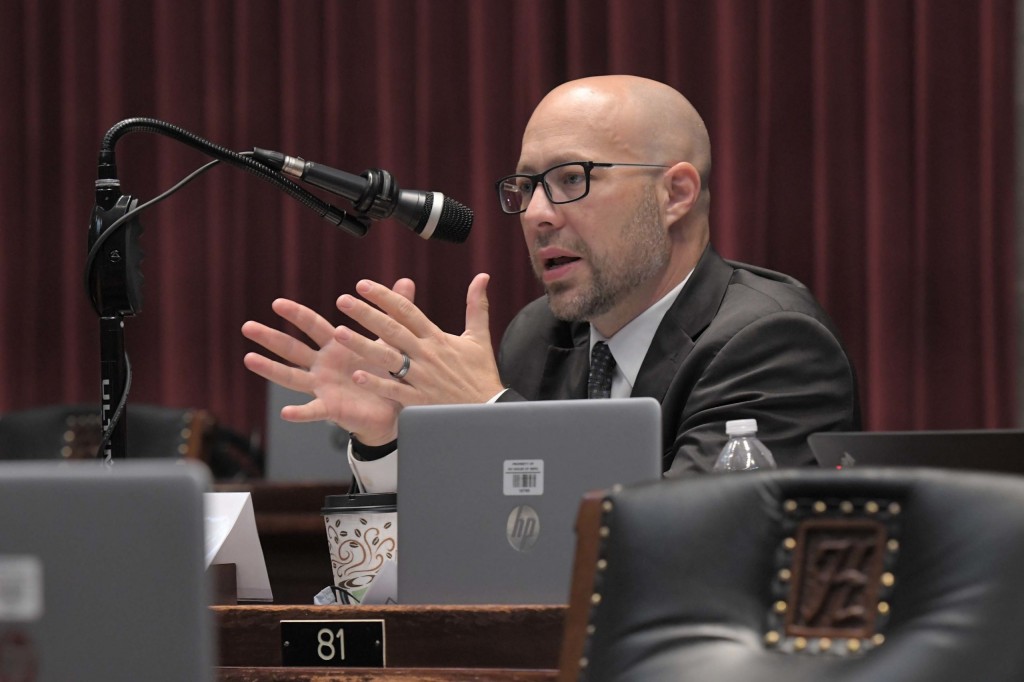 Near the end of last week’s marathon House Budget Committee meeting, state Rep. Peter Merideth tried to add $3.6 million to the Office of Public Defender to clear its backlog of cases awaiting attorneys.

He targeted two funds for the money — the cash operating expense fund, a reserve fund where lawmakers parked $173.7 million last year, and a fund with $410.6 million available because the federal government is paying a bigger share of Medicaid during the COVID-19 pandemic.

There are no restrictions on either fund, but neither Merideth, D-St. Louis, nor any other member was able to pry open the purse.

Over the course of the nine-hour meeting, Democrats offered a myriad of ideas to use $350 million of the $584 million in the combined funds, and each was either voted down by majority Republicans or ruled out of order by House Budget Committee Chairman Cody Smith, R-Carthage.

“I am just going to say one more time, it is absolutely absurd we are not spending this money,” Merideth, the ranking Democrat on the committee, said during the meeting. “We are sitting on more money than we have ever had as a state – ever.”

But in an interview Friday afternoon with The Independent, Smith said the big surpluses accumulating in the state treasury, and an anticipated $2.8 billion in federal pandemic aid, should be spent only after a strategy for enhancing the state’s economy is prepared.

“It is billions of dollars and it is a tremendous responsibility to play this hand wisely,” Smith said.

When the Missouri House debates the budget prepared by Smith’s committee, what to do with surplus money will rank only below funding Medicaid expansion as a source of friction in the Republican-dominated chamber.

The committee voted along party lines Thursday not to fund Medicaid expansion in the coming fiscal year. The next day, Smith proposed using the $128 million in general revenue in a new spending bill that will not be debated until the House has decided on Medicaid spending.

Source of the surplus 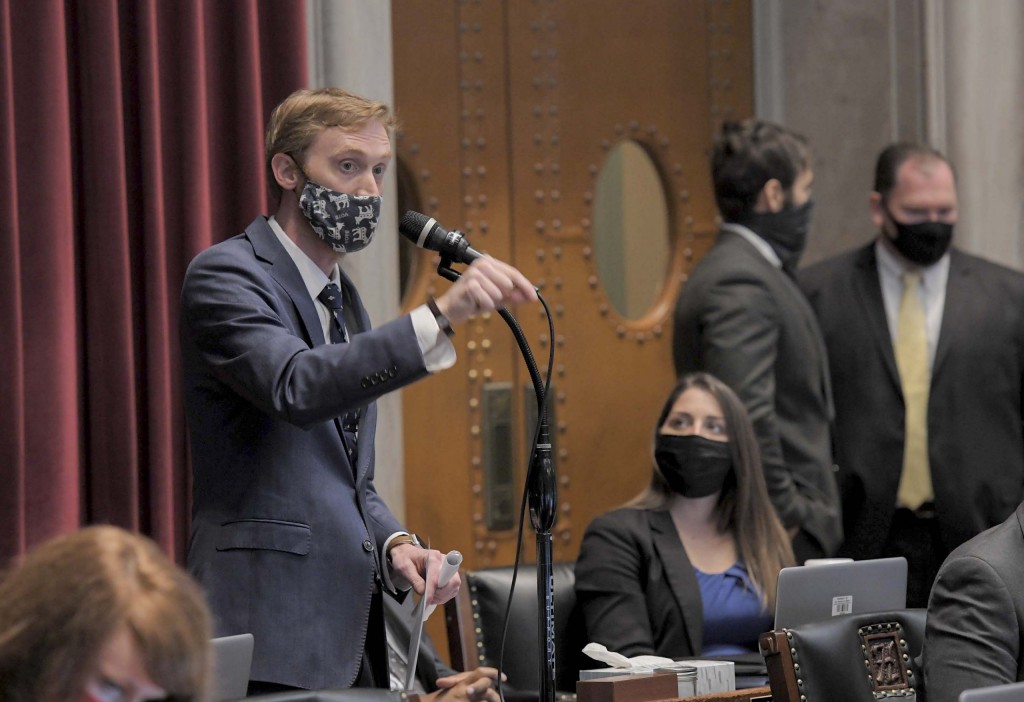 Exactly how much surplus cash Missouri has available is uncertain, but the number is unprecedented in state history. Explaining where it all came from is complicated, and is rooted in the federal response to the COVID-19 pandemic.

“It is kind of a long and winding road to try to give an explanation about the entire budgetary picture and federal monies of various types,” Smith said.

In January, Gov. Mike Parson proposed a budget that anticipates a $1.1 billion general revenue surplus by June 30. When the pandemic hit last year, tax filing dates were delayed, pushing revenue but not the spending it supported into the new fiscal year.

Instead of falling precipitously because of mass unemployment, the state has seen growth in sales tax revenue because of federal relief to individuals and businesses. Trends indicate general revenue estimates made in January could be $800 million too low by the end of the coming fiscal year.

When Merideth urged Smith to recognize the trend, he refused.

“There are a lot of folks that would be inclined or tempted to set out on some sort of spending plan right now with the general revenue,” Smith said.

Instead, the budget will stick with the January estimate, he said. But that doesn’t mean it is off limits. When it is clear how the federal aid in the latest pandemic relief bill can be spent, Smith said, lawmakers will have to pass supplemental appropriations to use the money.

“As this story unfolds, and when it becomes clear to us what all money we have to spend, we will have the most actions available to us when we have better information,” Smith said.

There are pressing needs for money that is going unspent, Merideth said. Schools should receive some extra funds, the state should pay off bonds issued by the Department of Transportation and money could be set aside to help small businesses reopen, he said.

“Honestly right now I am frustrated that they are using the excuse that we don’t have money to invest in something,” Merdideth said.

Other surpluses are accumulating in accounts that are not called general revenue but can be spent for all the same purposes.

The money from a bigger federal share of Medicaid due to the pandemic has been accumulating since October and stood at $410 million on Feb. 28. It could double by the end of the year.

There are also many demands for money, Smith said. Nursing homes and agencies providing home care rely heavily on public payments and rates need to increase because minimum wage increases are squeezing budgets, he said. Increases in rates need to be sustainable, Smith said.

“The worst thing we can do is increase some of those rates and take them away the following year,” he said.

There are demands for expanded community mental health programs, including a $15 million item in Parson’s budget that is unfunded in the budget going to the House floor.

Just because something isn’t funded now doesn’t mean it can’t be included in a supplemental bill later, Smith said. He just wants to have a more complete picture.

For example, the $2.8 billion in aid for state spending under the latest federal COVID-19 relief bill will likely have a time limit, Smith said. Guidance for using it probably won’t be available until sometime in April, making it difficult to make decisions during the current budget process.

“We don’t have to spend every dollar as we get it,” he said. “It is not a use it or lose it situation.”

There is the fight over whether it needs a special appropriation. Lawmakers are also battling over whether refusing to fund it will prevent implementation of the constitutional requirement eligibility expand on July 1.

Smith said if there’s no appropriation directed to the purpose, it can’t happen.

“I do not think the Department of Social Services will or should start to provide services to that population after the General Assembly has deliberately not appropriated for such services,” Smith said.

But because the constitution sets the eligibility, the department doesn’t have a choice, Merideth said. It may take a court order, but he noted that every service offered to Medicaid clients has an appropriation.

If the existing appropriations are not enough, Meridith said the money will have to be provided later.

“What they are doing is actually underfunding Medicaid as a whole,” he said.

The reason Medicaid expansion creates uncertainty in Missouri finances is that expansion will also greatly expand the surpluses on hand. The federal relief bill includes a plum for any state that expands Medicaid eligibility to 138 percent of the federal poverty guideline under the Affordable Care Act.

For Missouri, it would be $1.15 billion to support the existing Medicaid program over the next two years.

During committee debate, Republican opponents of Medicaid expansion argued that the state couldn’t afford it. The money was needed for existing providers who care for the elderly and people with disabilities, said state Rep. Doug Richey, R-Excelsior Springs.

“For me, it is a very easy decision to make when it comes to prioritizing those who are most vulnerable,” he said.

After the committee voted down $128 million in general revenue and nearly $1.9 billion overall for Medicaid expansion, Smith introduced a new spending bill using the same amount of general revenue.

The bill is only viable within the revenue estimate if Medicaid expansion isn’t funded, Smith said. If the House or Senate appropriates money for Medicaid expansion, “they can make some choices that allow (his proposals) but there are consequences elsewhere in the budget,” Smith said.

One choice could be leaving less money for future supplemental appropriations, he said.

It is a false choice, Merideth said. The state can afford the items in Smith’s new spending bill and Medicaid expansion, he said.

The general revenue fund has plenty of money to handle some additional expenses and Medicaid expansion, Merideth said.

“It comes down to a fundamental fight,” he said. “A, we have the money and B, it will actually improve things.”