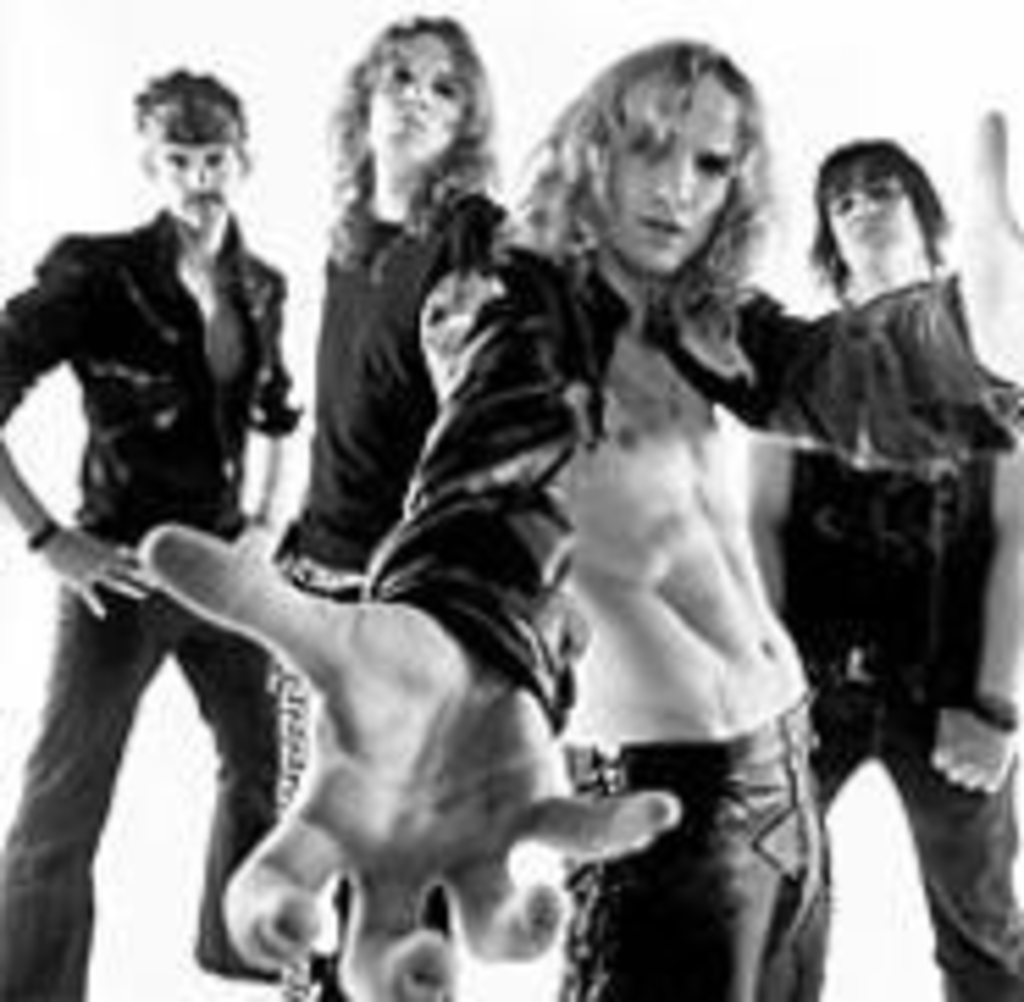 When you have to write that all-important “What I Did Last Summer” essay in September, is it going to include entries such as “Played Xbox for the entire month of July,” or is it going to say “Tweaked at the Danger Mouse show, took tequila shots with Sammy Hagar, got that NOFX tattoo on my ass crack, and became a roadie and fluffer for Gene Simmons”? We don’t condone wearing a Spandex unitard to the Darkness show, but at least going to these events will give you more to write about in the fall.

The Darkness
June 11 at Memorial Hall
You either get the Darkness or you don’t. If you like Monty Python and crumpets, you will probably drool all over these leotard-wearing sons of Spinal Tap.

Wakarusa Festival
June 18-20 at Clinton Lake
A couple of months ago, Clinton Lake was just a decent place for taking massive bong rips. What a difference a little chutzpah makes. Ambitious organizers have pulled a massive music festival out of thin air and plopped it down on a patch of eastern Kansas. Three days. Three stages. More than sixty bands, including Los Lonely Boys, Guided By Voices, Split Lip Rayfield and O.A.R. It could be a rousing success or an incredible failure. Either way, it’ll be fun to watch.

June 19 at Liberty Memorial
Liberty Memorial’s burning phallus stands as a monumental warning to the dangers of war and gonorrhea. It’s also a perfect symbolic venue for the testosterone bath known as Rockfest. Put Y chromosomes to use while moshing to Drowning Pool or throwing shit at our favorite son, Puddle of Mudd singer Wes Scantlin.

Poison & Kiss
June 27 at Verizon Amphitheater
This show fits in the holy-shit-I-thought/wished-these guys-were-dead-but-I’m-superstoked-they’re-not category. Tease those bangs. Rip those jeans. Fire up the Trans-Am. Wiggle your tongue like Gene Simmons. Hold your Bic aloft as you wail along to “Every Rose Has Its Thorn.” Just pray nobody you know sees you.

The Roots
July 15 at Verizon Amphitheater
Ahmir Thompson is one badass motherfucker. The Roots’ drummer (known as Questlove) also happens to be backed by one of the best collections of badass motherfuckers in hip-hop. The group mixes live instruments with razor-sharp rhymes so well, in fact, that it should be forgiven for touring with 311.

Van Halen
July 26 at Kemper Arena
Some people read the Bible. Others use the movie Joe Dirt as a moral compass. We are among the latter. But when Mr. Dirt insists he is a fan of “Van Halen, not Van Hagar,” we have to disagree with the mulleted messiah. David Lee Roth is super and all, but we have nothing against Sammy Hagar. After all, the man makes his own tequila and refuses to drive 55. Sorry, Joe, but we may have a new hero.

Vans Warped Tour
July 26 at Verizon Amphitheater
You call them sellouts, corporate pawns, spiky-haired boy bands. You swear you’ll never spend a dime on this lot of punk poseurs. But if you miss the show, dear sir and madam, this will surely be the summer of your discontent. For every Good Charlotte and Simple Plan on the bill, there is an Anti-Flag or a Bad Religion. It will be by far the best collection of punk bands — pop or otherwise — to come thrashing through these parts all summer.

Toby Keith
July 30 at Verizon Amphitheater
So he’s from Oklahoma. All right, he’s a master of Bible-thumpin’, gun-totin’, jingoistic jingles such as “Courtesy of the Red White and Blue (the Angry American).” But cool Keith also gave us the rousing pub anthem “I Love This Bar.” Plus, homeboy smoked weed with Willie Nelson.

Projekt Revolution
August 24 at Verizon Amphitheater
You want some angsty rap-rock? We give you Linkin Park. How about some grinding metal? We present Korn. You want a little bow-wow-wow-yippee-yo-yippee-yea? What the hell, have some Snoop Dogg. We’ll even toss in the Used and Less Than Jake at no additional cost, because that’s the kind of people we are.