Honoring Carol Coe for inspiring us to be a little more fearless, and to occasionally break into an aquarium 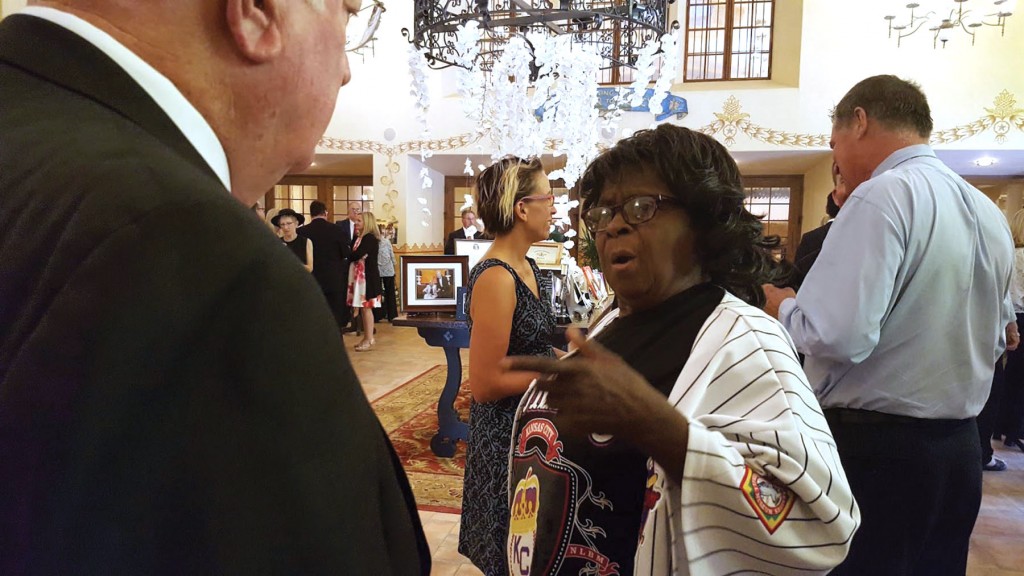 The weekend before the 2019 mayoral election, former Councilwoman Carol Coe and I broke into East High School.

Earlier in the week, she insisted on taking me on her personal tour of the Third District, an area we had each proudly represented in the Kansas City Council, albeit in different centuries.

So, on that morning, we began the tour with a stop at McDonalds—of course—where Carol ordered a “Big Mac Sack Pack,” as she likes to call it.

I drove us around while, from the passenger seat, she pointed out the last name of the people who lived in this home, the best spaghetti at that restaurant, and the speech she gave on this street during that event—all with her own touch and story attached. I had represented these neighborhoods for the past four years, and spent much more of my life living in them, and I thought I knew them and the people in them better than anyone. I was wrong. Carol Coe saw my hand of four years and raised it with a lifetime.

The tour took us by East High School, where Carol insisted we stop. She wanted to show me the aquaponics system she told me she’d secured for the school. Of course, since it was a Saturday in June, the school was deserted and most definitely closed to the public—but not to Carol.

We snuck through the back gate and into the greenhouse outside the main building. Inside the aquaponics system Carol had just gushed about, instead of a wonderful world full of sea life, we found a tank of dead fish.

While Carol was disappointed, she also laughed it off.

This is one story of many that exemplifies Councilwoman Carol Coe’s fiery passion for her constituents and community. While that passion often poured out in different ways, like breaking into a high school to check on some fish, it’s a passion that still shines bright.

She is a ferocious defender of those who are often overlooked or underrepresented in our community. A time or two, I have actually been on the receiving end of her fierce offenses. And I’m better for it.

In 2015, I was proud to join the City Council in honoring Carol with the Charles Hazley Fearless Leader Award. Because that’s what she is—a fearless leader. As a political activist, a lawyer, a city councilmember, and a mother, Carol never fails to do what is right and make sure everyone around her does it, too.

At the same time, she doesn’t care much for rules that hold our own people back. She instead makes her own.

Carol grew up on the east side of Kansas City and has dedicated her life to advocating and fighting for her community. She understands that just because someone doesn’t understand the complex intricacies of government and politics, it doesn’t mean they don’t care about how those entities affect their lives. She’s reminded me on several occasions that just because someone doesn’t attend a City Council meeting, it doesn’t mean they won’t be upset when their trash isn’t picked up.

Carol knows that while the big things might make a difference, it is the little things that really matter. She is not impressed by power or prestige—I was a firsthand witness to her making U.S. senators squirm. Twice! Her politics is a type we see less and less of these days. The politics that cares about its people.

She doesn’t care about status quo or what is “socially acceptable”. She stands up to power, has snuck into a high school to check on some fish, and she’s never stopped fighting for her people.

Carol Coe, I appreciate you.