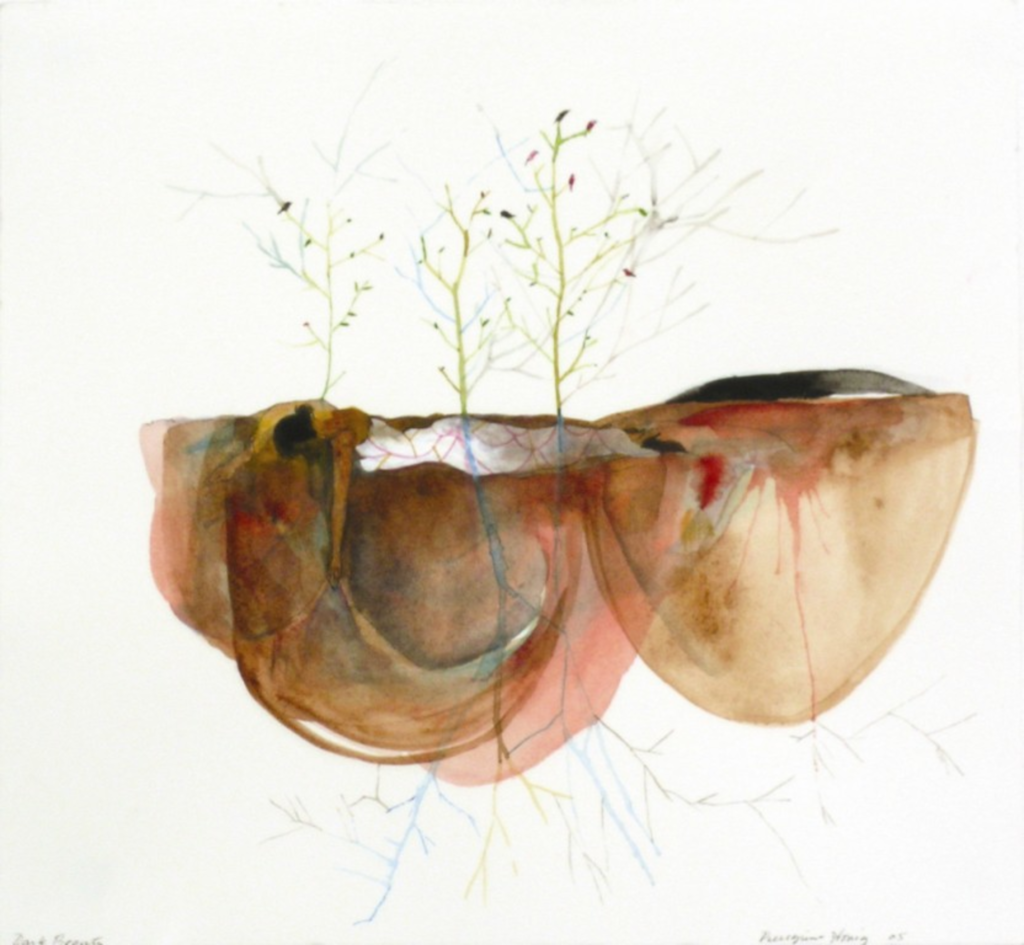 Mike Sinclair is a celebrated artist and commercial photographer whose architectural scenes and large format prints capture the mystery of Kansas City parks and mainstream middle-class Americans at leisure across the Midwest. Sinclair studied in the MFA program at the University of Illinois, Champaign, in 1981, after earning a BA from Southern Illinois University in 1974. He was a 1999 Charlotte Street Foundation award recipient and has recently exhibited at the Dolphin Gallery, and the Gould Evans’ Corridor Art Space. The JCCC collection includes his 1998 photograph Fireworks #2, Fourth of July, Independence, Mo., which is currently on view in the Collection Focus: Photography area in the General Education Building.
Peregrine Honig often works on an intimate scale in a wide range of media. Her work explores feminine identity, concepts of beauty, and childlike fantasy through her figurative drawings, watercolors, sculpture and photography. Honig is originally from San Francisco and moved to Kansas City for study at Kansas City Art Institute. She received a Charlotte Street Foundation award in 2000, and the same year had a solo exhibition at the Greg Kucera Gallery in Seattle. She recently participated in the Bravo reality TV show Work of Art: The Next Great Artist and was awarded first runner-up. The JCCC collection includes Honig’s watercolor Dark Beauty, 2005, as well as her limited edition publication Widow.