HoneyHoney’s Suzanne Santo on the long road to the band’s new album, at CrossroadsKC on Saturday 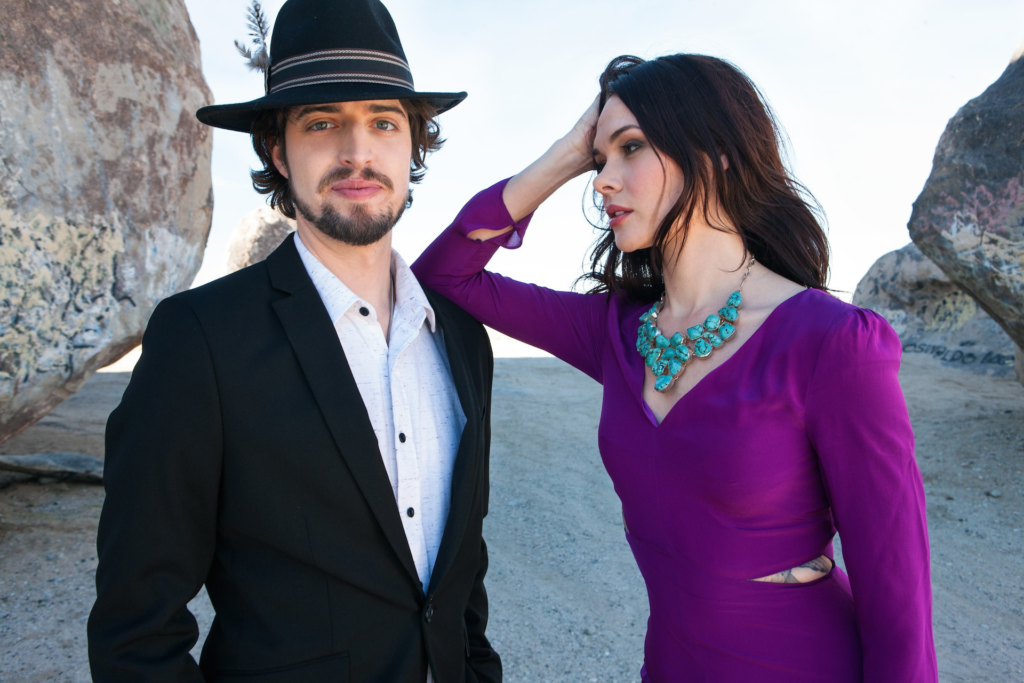 If you’re planning on heading down to CrossroadsKC on Saturday for the Old 97’s and the Delta Saints, make sure you turn up early for Los Angeles duo HoneyHoney. Violinist and lead singer Suzanne Santo has a voice that cuts through the static of typical Americana fare, big and rough and raw. Guitarist Ben Jaffe’s harmonies soften those earthy edges. It’s that partnership that made 2011’s Billy Jack a standout – if under-appreciated – album, and what will hopefully give the band its breakthrough on its forthcoming record, III, due out on June 9.

Ahead of the band’s set on Saturday, we dialed up Santo from the road for a chat about HoneyHoney’s rocky road to III.

The Pitch: You guys have had a tumultuous few years. Your last label folded very shortly after you released your second album, Billy Jack. Now you’re back, you’ve got a new label, but from the outside, the story of Honeyhoney reads like a struggle. Describe how you kept everything going.

It was scary for us, but then it wasn’t. We’re pretty tenacious, Ben and I, and we love making music together and playing music for people, and we know the feeling that we have when we do it, and we trust in that.

But there are so many other elements to the business, and to be totally candid with you, we had big agents and big managers for a long time, and their logistical game plan was putting us up as an opener and not having more of a creative landscape than that. And we were getting by as the skin of our teeth for years, because we were constantly opening, and the opening slot is a great slot to have for exposure but as far as finances go, it wasn’t great. We’d been doing it for eight years, opening up for huge bands, and what you’re supposed to do after a major opening tour is play a small headlining tour in the towns where you’ve opened for Sheryl Crow or Ryan Bingham, and play little clubs and stuff like that. And we had never done that ever, and it was one of those things where we were started to get really fucking burned out.

And when we came back from opening up for James Bugg overseas, we sort of realized all the changes we had to make and we very respectfully and amicably parted ways and booked our own headline tour by ourselves and called clubs and promoters and booked our own deals…. And it was sold out. We couldn’t believe it. We played this show in Chicago and there were a few hundred people there to see us, and they were all singing our songs, and we played for two hours and at the end of it we were crying, like, “What the fuck have we been doing?”

I think, in the music business, no one can tell you how to do it, you have to figure it out yourself. And it was hard, and it was scary – I thought I’d have to move back to Cleveland and sell pizza. And we had to go through it. It was dark for a while. We weren’t getting along. You kind of feel like you’re under attack, but that’s when some of the most beautiful things happen and you have to keep forging ahead. And I’m grateful for that experience, because it didn’t make us bitter, it made us more aware. And it keeps getting better and better. I still can’t believe all these people come to see us and

Your latest album, III, comes four years after Billy Jack. How do you feel your music has changed or grown in that time?

Well, we’re older now so we have more life experience. The pitfalls of the restructuring of our team and trying to do it on our own, independently – that treats a lot of room for rawness. We’re always pretty raw as songwriters, but we had a lot of time to really focus on the music and the kind of record we wanted to make. We actually tried to make this twice – we recorded a whole version of this record two years ago, but it wasn’t good enough. We weren’t over the moon about it, and we weren’t going to have a sub par record following Billy Jack.

But we got some really great demos out of that recording, and got the attention of Rounder. So we started working with Rounder and met Dave Cobb. So every experience leading up to III could have felt like a failure, but it was really just like stepping up the next stone in the river.

And we’re so proud of it. It’s really been a rough few years, and now that it’s done and we’re selling out shows, it’s just this incredible, rewarding feeling of like, “Oh my God, we finally did it.”

Listening to the record, it definitely feels honest, maybe a little less fun than what you’re released so far. I don’t mean that in a bad way – it just feels, you know, heavier and darker and more personal.

That’s really fair. It is. There are some songs on there that we were nervous to put on there, but… It’s hard to talk about it, actually. It is much more personal, but I feel like those songs are really important to share with people and I don’t really want to tell you what they’re about and neither does Ben, but they’re there for the listener to have their own experience with them.

I know what they mean to me, and they are pretty personal, but at the end of the day, when we put music out, at that point it’s not my song, it’s everybody’s song. And it’s coming from a pretty visceral place, and it was a scary leap to take for us, but why the hell not?

Honeyhoney performs at CrossroadsKC on Saturday, June 6, with Old 97s and the Delta Saints. Details here.