Friday marked the final day of a long-awaited hearing, where a St. Louis judge will ultimately rule on whether or not to set aside Johnson’s 1995 murder conviction. 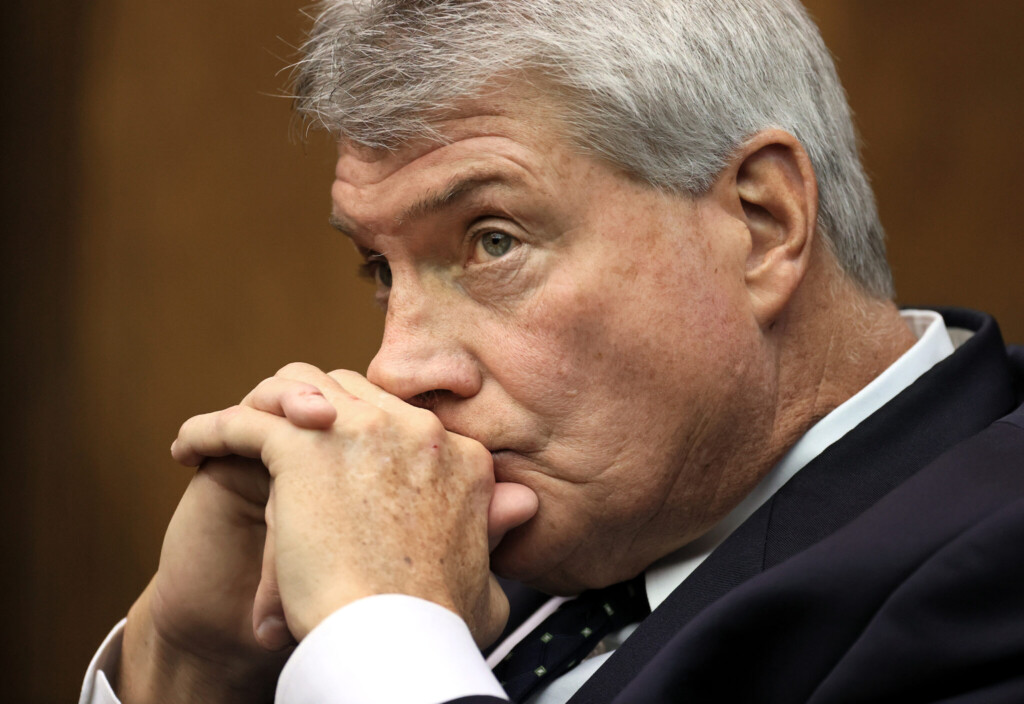 The homicide detective who led the investigation of the 1994 murder that landed Lamar Johnson in prison told a St. Louis courtroom that he had no evidence connecting Johnson to the murder, echoing what the prosecutor in the case said earlier in the week.

Joseph Nickerson, who retired from the St. Louis Metropolitan Police Department in 1997, testified over the course of Thursday and Friday that he relied solely upon an eyewitness — who has since recanted — that he recalled being a “con-artist.”

Friday marked the fifth and final day of a long-awaited hearing looking into Johnson’s case, where Circuit 22nd Judge David Mason will ultimately rule on whether or not to set aside Johnson’s 1995 murder conviction.

“In a perfect world, I could let [Johnson] know if he’s going home for the holidays or not,” Mason said. “So that means getting the job before Dec. 25. That’s in a perfect world. I got a lot to do.”

Already Mason punched a major hole in the original conviction, calling the police’s handling of the lineup process “almost a textbook case of suggestive identification.”

Nickerson’s Friday testimony delved into the details of the lineup process.

Nickerson admitted the lineup — where his star witness, Greg Elking, identified Johnson as the man who shot and killed Marcus Boyd — was “spoiled,” and he didn’t detail that in his police report.

Elking, who was Boyd’s co-worker and who bought crack cocaine from him, picked out a different man from the lineup, after the third time viewing the same four men.

Then Elking came back and told Nickerson that “he lied,” and picked out Johnson on the fourth time.

“You didn’t think that you needed to explore that concept with him?” Special Assistant St. Louis Circuit Attorney Jonathan Potts asked Nickerson about him lying.

“The entire lineup procedure had been spoiled, hadn’t it?” Potts asked.

“I guess you could say that,” Nickerson said.

Potts also asked Nickerson if he had thought about creating a “crystal clear paper trail” about what happened during the lineup.

“I guess now that I think about it 28 years later, it would have been a good idea,” he said.

In his testimony on Monday, Elking said he regretted identifying Johnson because to this day, he has “no idea” who killed Boyd. Elking said he felt pressured to pick someone out because the detectives insinuated they could deem him an accessory to murder.

On Wednesday, the prosecutor in Johnson’s 1995 murder trial testified that he would have never brought the case in the first place without Elking’s testimony.

Nickerson defended the police’s identification process, saying Elking told him that he “was able to see enough of the facial features of the individuals to make identification” despite only seeing the masked shooters’ eyes for a few seconds.

Mason pressed him on that statement on Friday, saying: “You had a witness in this case who told you…at best he could recognize maybe something about the eyes. Are you sure this isn’t a situation where you guys were in a little bit of a rush to make a conviction?”

At one point, Mason even had Johnson stand up and asked Nickerson if he would be able to identify Johnson’s eyes from another Black man’s eyes in the room. Nickerson said he believed he could.

Regarding witnesses he interviewed, Nickerson said he didn’t talk to a single witness about Johnson’s alibi — that Johnson was with his girlfriend at a friend’s apartment about three miles from the murder in South St. Louis.

A key moment in case was the testimony on Monday from James Howard, a convicted murderer serving a life sentence who testified that he and a now-deceased man named Phillip Campbell — not Johnson — shot and killed Boyd on Oct. 30, 1994.

Throughout the hearing, attorneys from the Missouri Attorney General’s Office argued that Johnson was guilty but did not present any evidence of guilt.

At the end of the hearing, Mason asked the St. Louis Circuit Attorney’s Office and the attorney general’s office to prepare a briefing with their fact analysis about “actual innocence evidence.”

The other aspect of the case, he said, is whether there were “constitutional deficiencies” that would have undermined the verdict.

He asked them to discuss in their briefing “how the prosecutors handled this case, particularly as it relates to information that would have undermined the credibility or weight of the evidence against Mr. Johnson at trial.”

Mason said he’s also concerned about whether information was withheld from Johnson’s public defender, David Bruns, as well as if Bruns “failed to effectively cross-examine to the point ineffective representation may very well have occurred.”

Johnson’s case marks the first time a St. Louis judge has heard an actual innocence claim filed by the city’s prosecuting attorney, by way of a motion filed in August to set aside Johnson’s conviction.

“This is all new,” Mason said. “We want to look at this carefully. We want to get this right. This is not to be done cavalierly because there’s so much at stake. And then I’ll be able to make a ruling.”