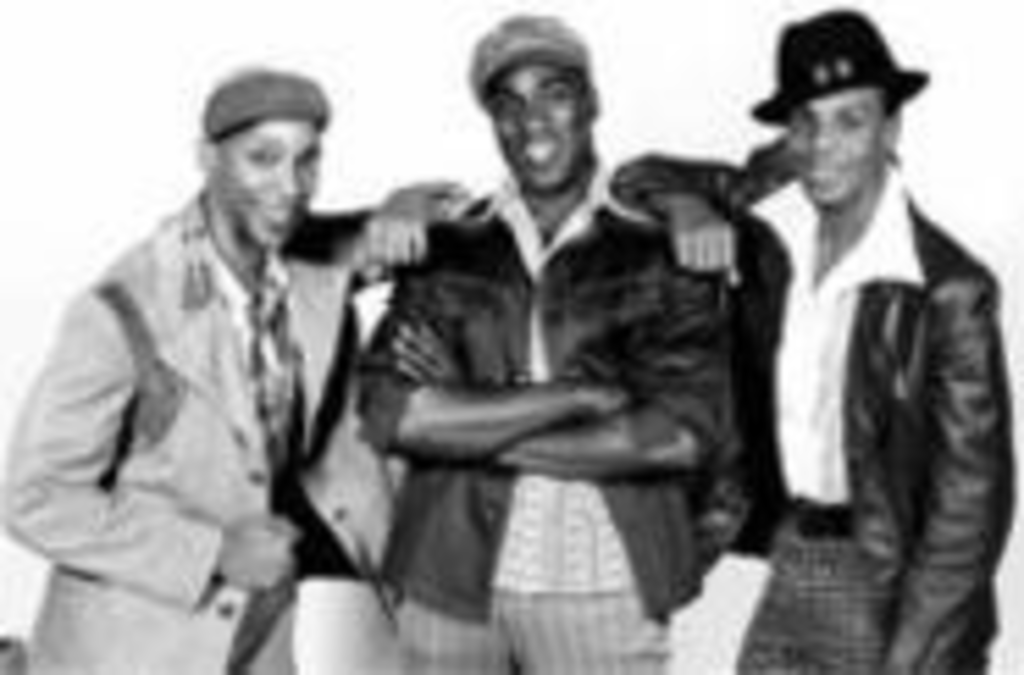 As I sat though From My Hometown,a good-hearted but lunkheaded show that seeks to pass Crown Center off as the Apollo Theater, I took my notes and clapped politely, but mostly I racked my brain, wondering: Is there a term that describes what it feels like to be miserable when everybody else is having a great time? I mean, besides high school?

It wasn’t until I noticed that most of the crowd was nursing cocktails that I had my answer: designated driver.

There I was, sulking through what seemed to me a soul riff on the old Stax of Wax revue at Worlds of Fun, with everyone around me launching into standing O’s. People shouted along and went whoo! for the high notes. After a show-tuney “Try a Little Tenderness” someone muttered “awesome” with what sounded like full appreciation for what awesome actually means — awe at something surpassing the limits of what is human. All this for a show about three young singers loitering in Harlem, round-robining through whatever oldies the producers could afford the rights to.

I’ll allow that my sobriety may have made me bitchy. And because the folks at the American Heartland seem decent, I’m more than happy to help them out before I stick this pig. Here’s a true statement, utterly unambiguous, that I invite them to blurb anyplace they see fit: Everyone around me loved From My Hometown.

It’s 1980, and fellas named Philly, Memphis and Detroit — each from his namesake city and singing in its style — meet in front of the Apollo, where they’ve been invited for callbacks of some sort. They take turns singing their town’s songbooks, then team up on a couple of ropy originals. Memphis wears a goober hat and says “dad gum.” Detroit is forced to rhyme Stevie and Marvin with heart throbbing. During a Chi-Lites tribute, wigs are donned, limp and floppy afros, and we get the Dancing Gabe Kaplans.

The silliness is a shame, because the three leads dazzle, especially Leonard Stalling’s Detroit, whose rich falsetto and well-earned cockiness kept jolting me back to attention. As Philly, David St. Louis (I swear I didn’t make up the name) plumbs the depths of his register and excels at the bass-man boudoir schtick even as he struggles with his lines. All three sing and dance well, but only Stalling has grit in the spirit of the original songs, and everyone is ill-served by arrangements and choreography that are much too showbiz. Otis Redding damn sure never made with the jazz hands.

Eventually, the boys botch their auditions, discover they’re all cousins, and come to realize over a period of balladeering and homelessness that they’re best together as a three man group, which is demonstrated in a number titled “Three Man Groups.” Ten years whiz past, and suddenly they’re in ice-cream-man tuxes as the triple-platinum supergroup Unity. Here I cheered up, thinking we might get some labor-movement parable instead of more medleys. Instead, we climax with a 1990 concert consisting of — Christ! — more oldies.

My suspicion, which had been ticking in my head ever since an early reference to boomboxes, was confirmed: From My Hometown isn’t the innocuous, thinly plotted, overarranged show it appears to be. Instead, it’s a sci-fi peek into white America’s secret wish: a world where hip-hop never happened and black guys (who all know each other) live to harmonize.

It’s also symptomatic of the tyranny of boomer nostalgia.

Everywhere, the theater is repackaging old pop as new art, which isn’t necessarily a bad thing. I’ll take Sam Cooke over Strindberg any day. But too many shows neuter the pop they celebrate. Taking these mostly classic songs — art of weight and vitality that holds up against any “high” culture — from their rough-and-tumble original recordings and re-creating them onstage with a blandly professional polish, is, in its way, an anointing. “Here you are, you scrappy soul brothers,” the keepers of culture seem to be saying. “You’re now as important as The Pajama Game. ” But it’s also an embalming: Dead now, these are songs that once mattered. We’re not encouraged to remember the times they’re torn from, the injustice they were wrung from, the aches they were balms for. We’re just left to tap along, thinking, Oh, I like that one and Why don’t they write nice tunes like these today?

Of course, boomer hegemony is only one of the annoying truths in local stage. Besides that, there are more plays than there are good ideas for plays, more skilled performers than there are scripts worth their time, and more gifted singers than inspired arrangers. Also, nothing gets a crowd frothing quite like crap that its heard a thousand times before.