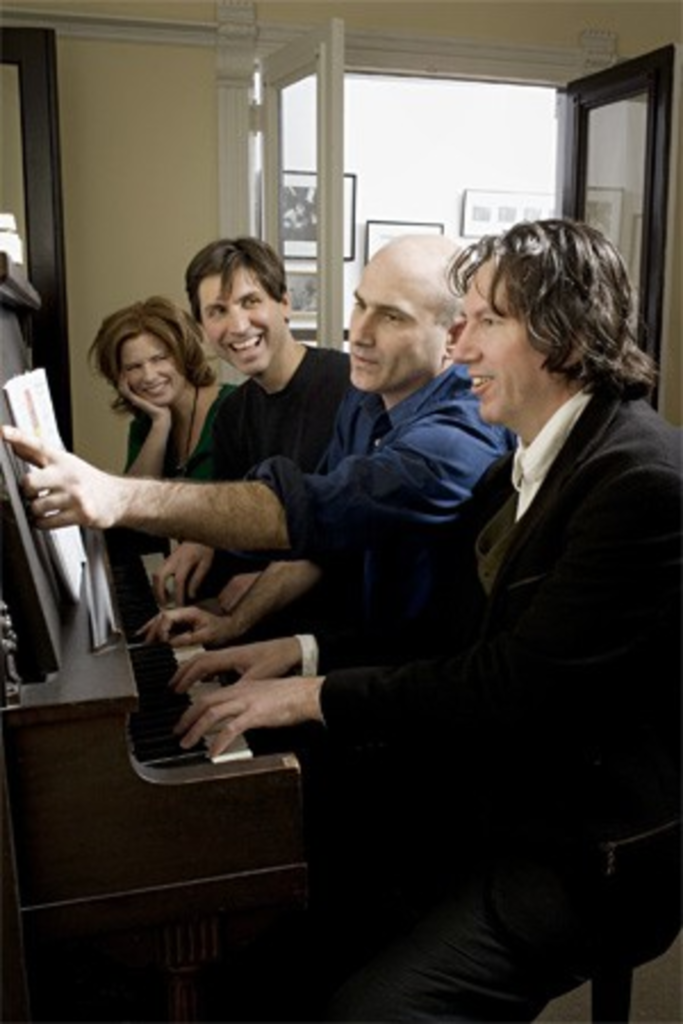 Most touchstone albums draw on some zeitgeist. Others create their own. Recorded in November 1987 and released 20 years ago, Cowboy Junkies‘ second album, The Trinity Session, still sounds like the latter case: a small, quiet, self-contained world of sound that defies everything around it, even as it hints at a future slowly coming into focus.

The album’s relentlessly languid, lovely drone anticipated lo-fi, downtempo moodmakers such as Low, Mazzy Star and the Red House Painters. In its strung-out take on country and western, the band softly lighted a path that a hundred alt-country bands would wander down after them. But the beautiful, haunted mystique of Trinity remains the Junkies’ and the Junkies’ alone.

“It’s a bit ironic,” guitarist and songwriter Michael Timmins says. “We’re the most unmysterious people around. We didn’t want to play into the rock-and-roll-industry thing or have that kind of image. It wasn’t like we were hiding. We just disliked the whole pretense, the idea that you’re onstage and that sets you apart. That’s bullshit. The industry wants that because it helps them sell the product. We just didn’t care about that side of things. But the idea that we didn’t buy into the mystique probably created more of a mystique.”

With a combination of spare original songs and classic country and rock covers — conveyed with spectral vocals and dark guitars — the album’s feel matches the character of the band at the time, which included siblings Margo, Michael and Peter Timmins and bassist and co-founder Alan Anton. On The Trinity Session, Cowboy Junkies comes off as an inspired group of young musicians making a casual record for themselves and a few friends.

“We were touring a lot,” Timmins says of the late ’80s. “We leased a little van, snuck across the border to the States and absorbed a lot of music. Touring at that level, you couldn’t afford hotels, so you stayed at people’s houses, with friends you make at the show, the bartender or waitress. And they were usually music fans. They had big record collections, and we absorbed that and brought it home with us.

“When we decided to make the album,” Timmins continues, “we hired everybody for spec. The only hard cost was renting the church. We just wanted to see what it would sound like. There was no financial necessity to make it work, but it worked. The myth of the record is that it cost $250 to make. It’s probably less than that. The church was a hundred bucks. We paid the janitor a bit more to let us stay longer. And we fed everybody pizza. So it was probably more like $150.”

But with time, a landmark can become an albatross. Though the Junkies have released more than a dozen albums since Trinity, the band remains almost exclusively associated with that record’s sound and songs. Its new release, Trinity Revisited, argues that if you can’t kill the big bird, you can at least market it again.

“We thought the 20th anniversary was a big enough event that it should be marked,” Timmins explains. “We wanted to stick our nose back in the industry and say, ‘Hey, remember us?’ We considered doing a concert back at Trinity Church or remastering the album, but there were no other songs we could include. Initially, it felt funny to just go back and rerecord those songs. But then someone suggested bringing in other people for whom the album was important and who we liked. Then it became more interesting to us. But we didn’t just want walk-ons. We wanted the guests to actually integrate with the band.”

Trinity Revisited features appearances by Ryan Adams, Vic Chesnutt and Natalie Merchant, as well as instrumentalist Jeff Bird (who played on the original album). A film crew captured the proceedings for DVD.

The sonic approach wasn’t radically different from the first Trinity. Like the original sessions, the new recordings were tracked live in Holy Trinity Church in Toronto in a single day, with minimal rehearsal or direction.

The effort could be dismissed as overly nostalgic, but the new sessions often find a charming, spontaneous feel. Margo Timmins and Vic Chesnutt may seem like strange duet partners, but their voices find a graceful juxtaposition. And the extended guitar flip-out that opens the new version of “Sweet Jane” sounds brilliant and unscripted, a sly challenge to fans who want to hear the Junkies as they heard them 20 years ago.

“You can’t help but be bugged by it occasionally,” Timmins concedes. “But if you step back, you realize you made a record that’s relevant to people and to music in general. Few bands will do that, no matter how good they are. It’s just a rare thing. If the only album someone bought is The Trinity Sessions but they come to our show, that’s fantastic. They’ll hear other songs and realize what they’ve been missing. That’s the way it works. You have to connect with people somehow.”