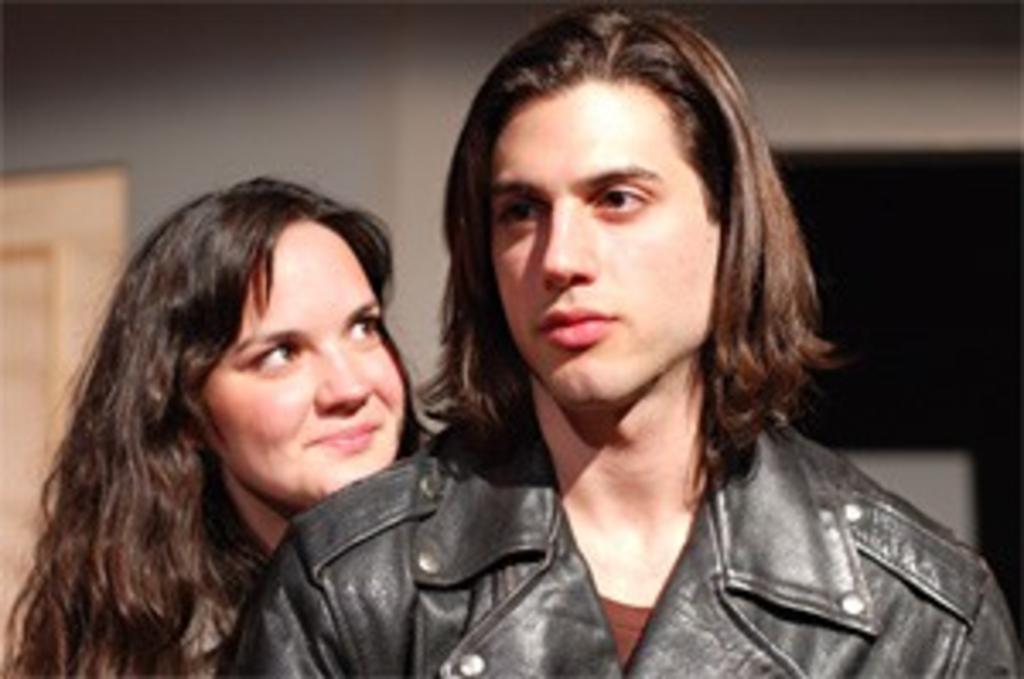 Yeah, yeah. Hollywood leaves dreams raw and bloody. The movies lie. The business corrupts. What few golden ideas it lucks into, it de-alchemizes into the same old shit it splatters onto screens by the thousand.

All of this is as well-established in American life as evolution used to be. It’s the chum that feeds a thousand blogs, the focus of sitcoms and novels and even movies. The fact that a soul eater sometimes dines on souls is so un-newsworthy that it wouldn’t make the last half-hour of a local morning show. All of which means that any new satire of said soul eater has to hustle double-time to win over an audience. The crowd turning up for a play like Douglas Carter Beane’s Little Dog Laughed, the slick yet slicing new Hollywood comedy at the Unicorn Theatre, is savvy enough to expect that any show attacking showbiz will still contain the showbiz pleasures. Chief among these is surprise, which is the tough one: It’s not like we think souls won’t be eaten.

Tougher still is making us care.

Beane’s novel solution: Focus on the souls, not the eater.

Summarized quickly, his plot sounds like a Michael Musto blind item. Fresh off lugging his older, lesbian agent to an awards show as his date, up-and-coming film actor Mitchell Green (Nathan Darrow) gets loaded enough to hire hotel-room companionship from an agency called “Manhattan School Boys.” Enter Alex, a boy-toy beauty played by Michelangelo Milano. After both men insist that they aren’t actually gay, Mitchell passes out, Alex considers filching his money roll, and soon, haunted by each other, they fall into a sort of love. This news is welcomed by neither Alex’s girlfriend, Ellen (Rachel May Roberts), nor Mitchell’s agent, Diane (Donna Thomason), who knows that any rumor of Mitchell’s homosexuality could destroy an upcoming film project. Cleverly, Beane makes that project an adaptation of a play with gay leads; as Diane warns, Hollywood law dictates that a straight lead can “stretch” to play a gay man onscreen, but a gay gay lead ain’t going to happen.

As dish goes, this is familiar. (It’s hard not to wonder: Why isn’t Mitchell a Scientologist?) But Beane and director Bruce Roach muscle enough pathos into their TMZ that what lingers is richer than the memory of the show’s many laughs.

A series of increasingly frank scenes about the nuts and bolts of man-on-man builds emotional and physical tension between the actors. Mitchell is mopey at first, stuck in that moaning gear Darrow sometimes gets into. But as his confusion over his sexuality abates and he kites skyward into love, Darrow comes to vivid life. Later, as real life — and Diane — begin to gnaw at him, we see the hurt (and ambition) swim up into his face. Darrow is at his best when playing performers; his gift is to show us not only a feeling but also the mechanisms behind it.

Thomason is consistently funny as Diane, making the profane, fast-talking agent a character instead of a cartoon. And Rachel May Roberts’ sour rasp turns a string of run-on monologues into comic highlights. The funniest moment in all this L.A. silliness is one of her observations about averageness: Why do middle-class mothers fill their kids’ vacated bedrooms with craft supplies?

Effective as these three are, the show wheezes to a start. Each character’s entrance is weak. In the opening, Thomason fumbles with some heavy-handed talk about “beginnings” that won’t pay off until her “endings” speech almost two hours later. Roberts can’t find anything compelling in her long first speech, which she has to deliver against a pounding beat in a nightclub that looks like a hotel hallway. And poor Milano looks distractingly abashed, at first — not like a young man somewhat ashamed to be turning tricks but like a young actor uneasy in his scenes. Everyone improves, but Milano takes the longest to come around.

When I say “everyone improves,” I mean the writer and director, too. As Little Dog Laughed grows more serious, the scenes get more complex and the jokes get more funny. That said, I can’t forgive two things. First, the inappropriate moment when Diane bursts in is a bit of farcical rubbish that made me want to scream: Hotel doors lock auto-fucking-matically! Second, the squirts of bluesy, white-boy guitar bumping us from one scene to the next sound like they were nicked from some mid-’90s straight-to-video indie about Death Valley hitchhikers who blow up gas-stations.

The good stuff is good, though. Mitchell’s feelings of love reveal him as both a pure heart and a blithe narcissist — the same thing that happens to any of us who shack up with someone and immediately shut out the world. By the end, when the narcissism wins and these characters are entertaining the compromise that most audience members will feel coming, we see in Mitchell a truth that hurts even though we know it already: not that Hollywood eats the soul but that the soul is so damned willing to lay itself out on a plate.