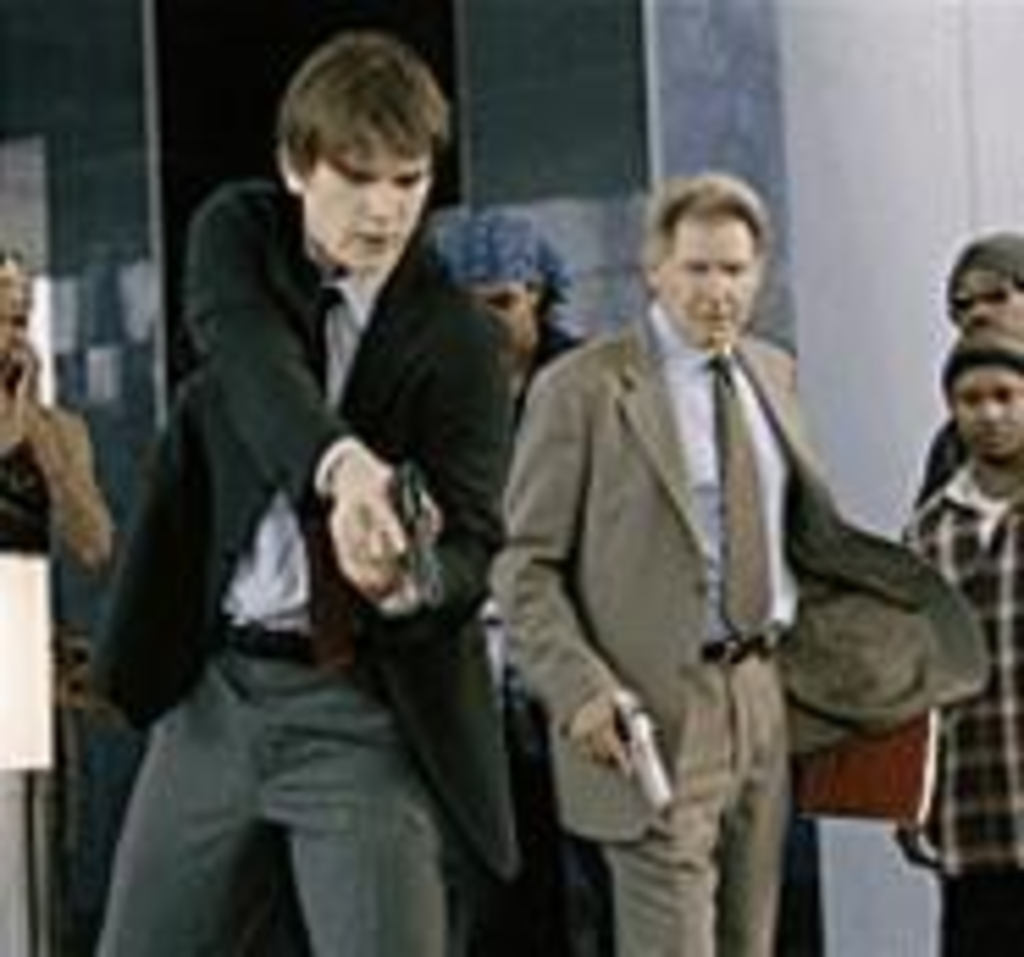 Having seemingly exhausted all permutations of the sports-comedy formula (Bull Durham, White Men Can’t Jump, et. al.), Ron Shelton has now moved on to another obsession: the Los Angeles Police Department. Earlier this year, we got the uncharacteristically somber (for him, anyway) Dark Blue, a “what if” tale of the alternately corrupt and beleaguered force circa 1992. Shelton’ s back to his familiar lighthearted style, however, with his second swipe at the department in six months, Hollywood Homicide. Surprisingly, it doesn’t work anywhere near as well.

Shelton’s first mistake, perhaps, was to make the case at the heart of the film a thinly veiled reference to the Tupac Shakur/Biggie Smalls murders, a sore point for hip-hop fans. Still, the plot is secondary in Hollywood Homicide, a movie that revels in every Hollywood landmark and archetype on hand (except maybe those associated with Scientology) and boasts cameos by every famous friend of Shelton’s who happened to be in town at the time. When the movie works, it gleefully skewers the clichés of the buddy-cop genre, allowing stars Harrison Ford and Josh Hartnett to mock the established, overly earnest personas they’ve recently been known for. When it doesn’t work, it’s exactly what it purports to be lampooning — a lame, boring cop-buddy movie.

The central joke is that contemporary L.A. cops, unlike those in other cities, really want to be in a different line of work and see law enforcement as a means to an end, an inconvenient intrusion on their real lives. Hartnett’s K.C. aspires to be an actor, of course, and imagines that a vegan diet is a necessary step to thespianhood. He also teaches yoga, mostly as a way to meet women, but he’s done it for so long that the Eastern philosophy behind the stretching has permeated his consciousness and become an obsession. Ford’s Joe Gavilan invests in real estate, a field which causes such suspicion among his peers that he’s currently under investigation for it. Both men are constantly on their cell phones — Gavilan’s rings with “My Girl,” K.C.’s with “Funky Town” — a joke so incessantly overplayed that it actually goes past unfunny and back to funny again.

Shelton thankfully spares us the introductions — we meet both leads in the opening scene, and they’re already partners. It’s clear K.C. isn’t very good at his job, thanks mostly to inexperience. It’s also fairly clear that Joe doesn’t really care about that, because what’s weighing on his mind is a large, undesirable chunk of property that he hasn’t managed to sell in almost a year. Professionally, the two are on the case of a murdered hip-hop group whose members were on the verge of becoming big stars, but it’s also telegraphed fairly early that the trail will tie neatly into the mysterious death of K.C.’s father and the life of the radio psychic (Lena Olin) Joe’s been dating.

Those plot coincidences, along with the endless parade of celebrity walk-ons — Eric Idle as a frequenter of prostitutes, Lou Diamond Phillips as an undercover cop in drag, Smokey Robinson as a cab driver, Gladys Knight as a suspect’s mother, Martin Landau as a former big-shot producer, Robert Wagner as himself — occasionally make the proceedings feel like a Christopher Guest spoof. Indeed, the film’s best moments, notably a dual interrogation sequence and an uproarious final car chase, feel off the cuff, as if Shelton and the actors waited until the day of shooting to actually nail down the specifics. Unfortunately, Shelton doesn’t go far enough; when the creakier plot mechanics come into play, we wonder if they’re actually meant to be taken seriously. They certainly aren’t whimsical enough to make us laugh. Likewise, a chase sequence in which K.C. attempts to pursue his prey by criss-crossing the same bridge several times plays like it ought to make us laugh, but it doesn’t come close.

It’s valiant of Shelton to try and undermine Ford’s tough-guy image by making him a half-assed detective with none of the monotone seriousness we’ve come to associate with the man lately, but old habits die hard. One of Ford’s trademark tics, that of angling his index finger upward into the face of someone he’s exasperated with (a gesture online critic Drew McWeeny has dubbed “the finger of doom”) is showcased a few times. The only refreshing upside is that Lena Olin gives it right back to him.

Hartnett isn’t known for comedies but goes a long way toward demonstrating his aptitude as an oblivious straight man here. K.C. has recently been cast in the lead role of A Streetcar Named Desire, which allows Hartnett to show off his best “bad Brando.” When Ford helps him run lines — and delivers readings worse than those heard on a WB sitcom — it’s quite the hoot. Good actors love to play bad; it’s unfortunate when the movie they’re in plays worse, and not always on purpose.