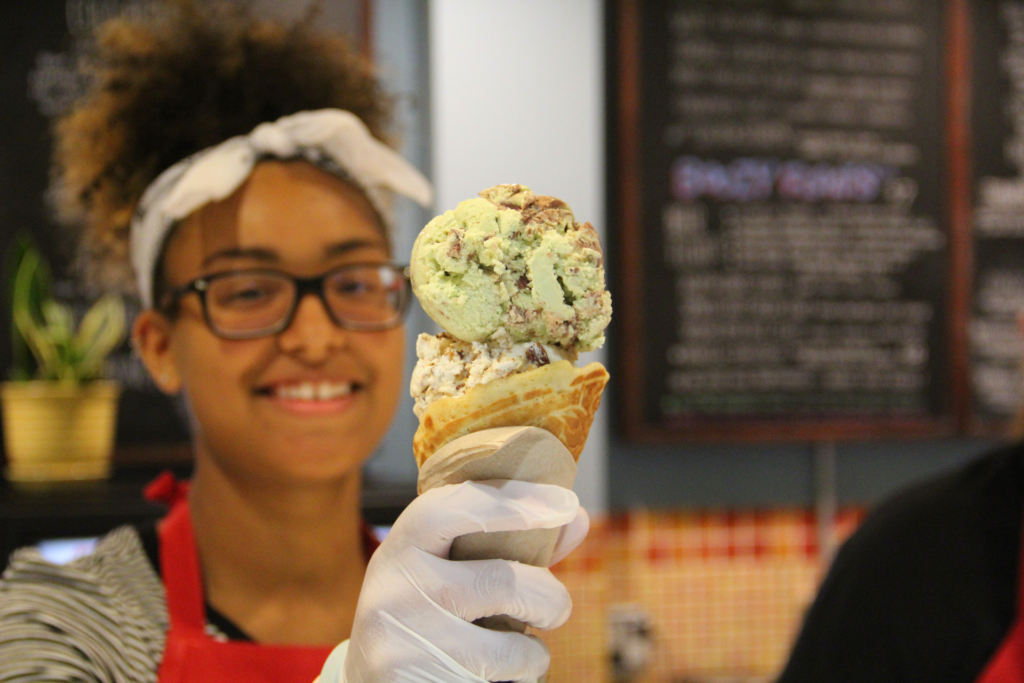 Both the downtown and Waldo locations of Betty Rae’s (412 Delaware Street and 7140 Wornall Road) are in the spirit of the holidays and donating all proceeds from sales on Tuesday to Cultivate KC, which manages urban farms throughout the city and works toward building a sustainable food future for Kansas City.  There are few things better than eating ice cream, but one of them is eating ice cream for a good cause. Both Betty Rae’s locations are open from 11 a.m. to 9 p.m.

The first collaboration dinner between Cafe Europa Union Hill (2984 Gillham Road) and its neighbor, Underdog Wine Company, begins tonight at 6 p.m. Chef Nate Feldmiller of Cafe Europa and Chad Brewer of Underdog are collaborating on a five-course menu celebrating five different countries with five courses and five pairings. The dinner is $75 a person (exclusive of gratuity and fees); tickets are available via Brown Paper Tickets. 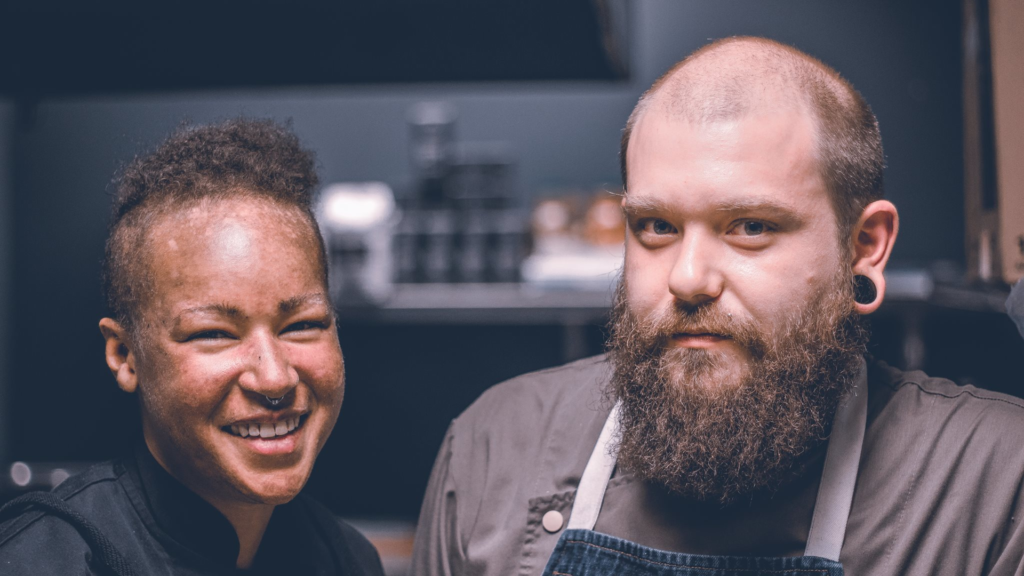 Also tonight, Chefs Nash DeJesus and Rachel Cross of the pop-up diner project Eighty Dollar Blazer are hosting their monthly pop-up at Dodson’s Bar and Commons (7438 Wornall Road). Among other items, the playful menu includes a plate of gyro fries topped with spiced beef/lamb, feta cheese, red onion, tomato, kalamata olives, and tzatziki, as well as masa gnocchi with roasted seasonal vegetables in a brown butter sage molasses sauce. No reservations or tickets are necessary, and the event runs from 7 p.m. to sell out. Items are $6-$12 apiece.

A six-course Spanish wine dinner takes place Thursday night at Story (3931 West 69th Terrace). The dinner, which is hosted by wine rep (and native Spaniard) Josu Galdos, features dishes and a variety of wines representative of different regions of Spain. One example course: lamb meatballs
will be served with carrots and radishes in a saffron sauce and paired with cvne, imperial reserva, rioja 2010. The dinner is $85 a person, not including tax or gratuity. Call 913-236-9955 or make your reservation online at storykc.com. 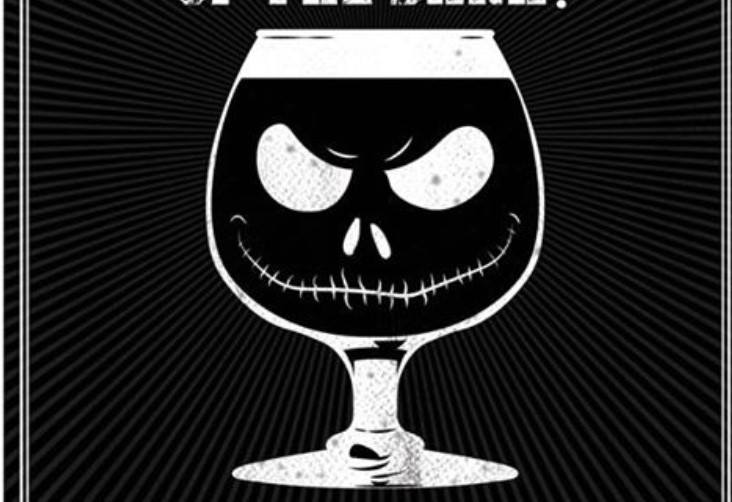 Also in beer this Saturday, Screenland Armour (408 Armour Road) is hosting a Beer Festivus. Raffles, games, and unlimited beer samples from a wide variety of breweries — Crooked Stave, Founders, Jolly Pumpkin, and KC Bier Co., among them. There will also be the traditional airing of grievances and feats of strength competitions. Tickets are $28, and proceeds go to help raise money to buy toys for kids at Children’s Mercy. 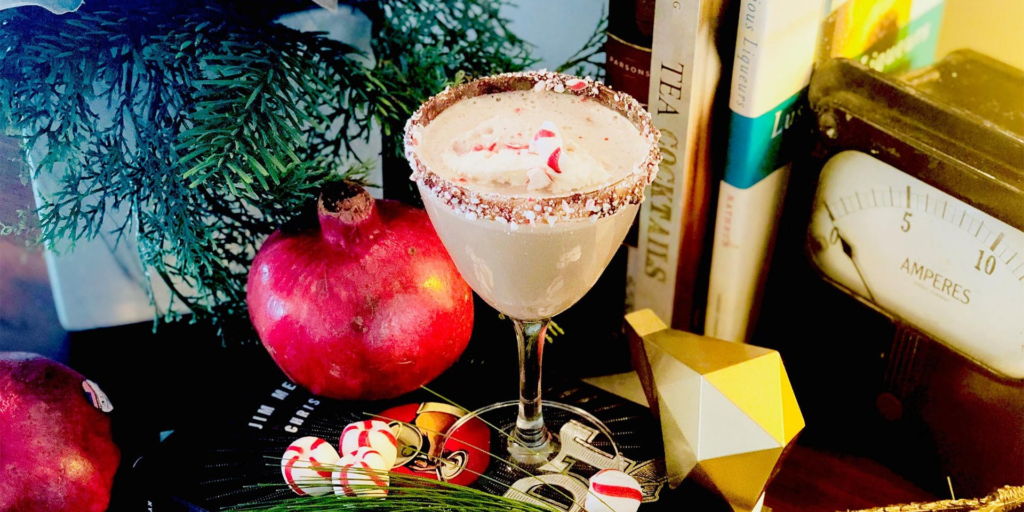 If that’s not enough booze, head over to Parker at the Fontaine (901 West 48th Place) for its Holiday Cocktail Class. Bartender Kelsey Shelton is leading the class, which includes demonstrations and tastings of three original holiday drinks, including the Kris Kringle Sour (a holiday-spiced New York sour)
, the Nippy Eggnog (made with bourbon and dark rum house-made eggnog) and Crystal’s Winter Wonderland (a chocolate peppermint martini). Each $50 ticket gets you the demo plus samples, as well as a cocktail kit, which includes a shaker, recipe cards, a cocktail book, and more. Tickets are available via Eventbrite.

The Sundry (300 East 39th Street) is also hosting a supper club wine dinner featuring selections from Aubrey Vineyards out of Overland Park. The four-course meal runs from 7-10 p.m and includes a welcome reception. One sample course: Barham Family Farms quail is stuffed with hot Italian sausage and served in potato bread with braised local greens and roasted Brussels sprouts, and paired with Aubrey’s 2014 Chardonnay and a Cabernet Sauvignon. The meal is $75 a person (not including gratuity); make reservations here. 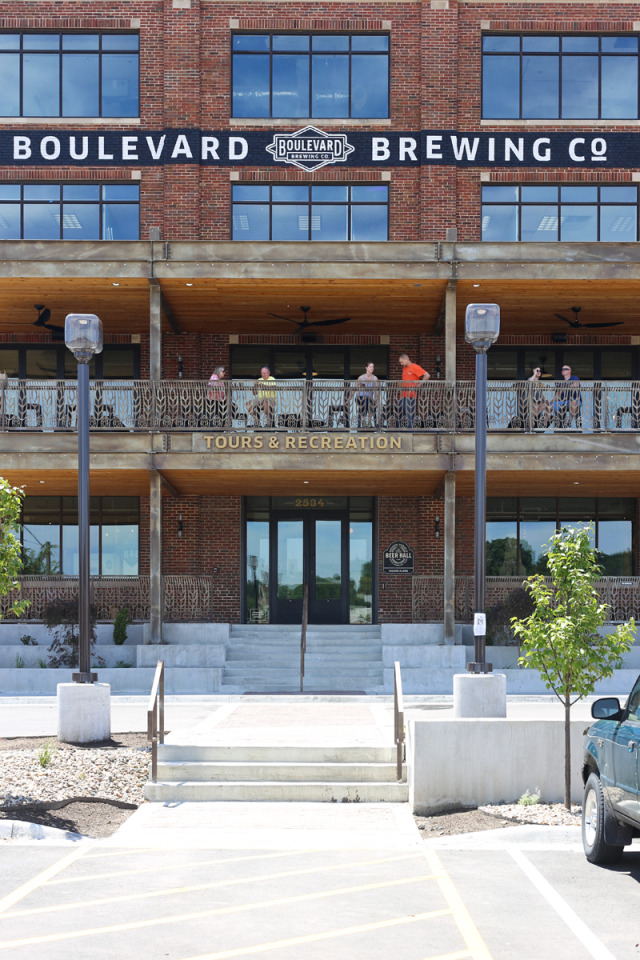 Today from 10 a.m. to 5 p.m., BLVD Rec Center (2534 Madison) is getting very festive with its third-annual “Holiday Bizarre” featuring a host of local vendors, a raffle, games including beer hall bingo, a Santa costume contest, crafts, live music and more. There will also be beer tappings as well as food specials offered throughout the day.  There is no admission fee.