For people who love beer but whom beer doesn’t love back (i.e. those suffering from a gluten intolerance or Celiac disease) 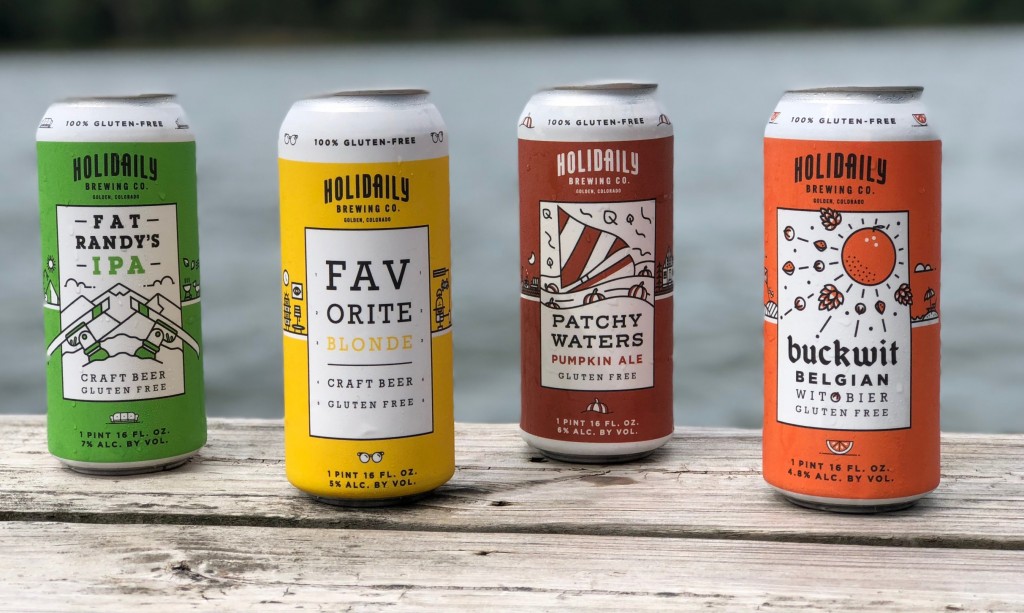 For people who love beer but whom beer doesn’t love back (i.e. those suffering from a gluten intolerance or Celiac disease), you know just how scarce options can be. There are quite a few gluten-free beers out there, but they usually come with two major hurdles: actually being able to find them locally, and finding ones that taste, well, like beer.

Kansas City is getting a new gluten-free craft beer that satisfies both those requirements.

Holidaily Brewing is a certified dedicated gluten-free brewery–one of only 16 in the U.S. The brainchild of Karen Hertz, the brewery operates out of Golden, Colorado, with distribution throughout Colorado, Arizona, and as of next week, Kansas and Missouri. Starting March 15th, you’ll be able to find Holidaily beers in liquor stores, grocery stores, bars, and restaurants in Wichita, Lawrence, Topeka, and the Kansas City metro area.

So that takes care of accessibility. Now on to taste.

After surviving melanoma and thyroid cancer in her early 30s, part of Hertz’s treatment regimen included a gluten-free diet. She had the same problem so many of us had encountered: an unyielding desire for gluten-free beer that actually tasted like beer. So she set out to make her own.

Holidaily is introducing three beers to start: Fat Randy’s IPA, Big Henry Hazy IPA, and the Favorite Blonde Ale. I’ve tried all three and they’re all delicious, though the hazy IPA was the standout for me. It’s got that light, refreshing juiciness you’d expect from an IPA, while the haziness adds a creamy depth. I also would never have guessed it was gluten-free if I hadn’t known.

Holidaily is looking to introduce more flavors to the area soon, including seasonal varieties. Personally, I haven’t had a good pumpkin ale in close to a decade, so I cannot wait for that to drop this fall.

After opening in 2016, Holidaily saw exponential growth, leading them in 2019 to build a 10,000 square foot production brewery, making them the largest dedicated gluten-free brewery in the U.S. That gave them the ability to expand to other areas. They settled on Kansas City because the demand was here.

“We’ve heard the pleas and we’re answering the call,” Hertz says of their expansion. “Out of 1,500 website requests, Kansas City was in the top 3 most requested cities. We’re excited about the opportunity to bring our beer to a market that is gluten-free savvy and appreciates craft beer.”