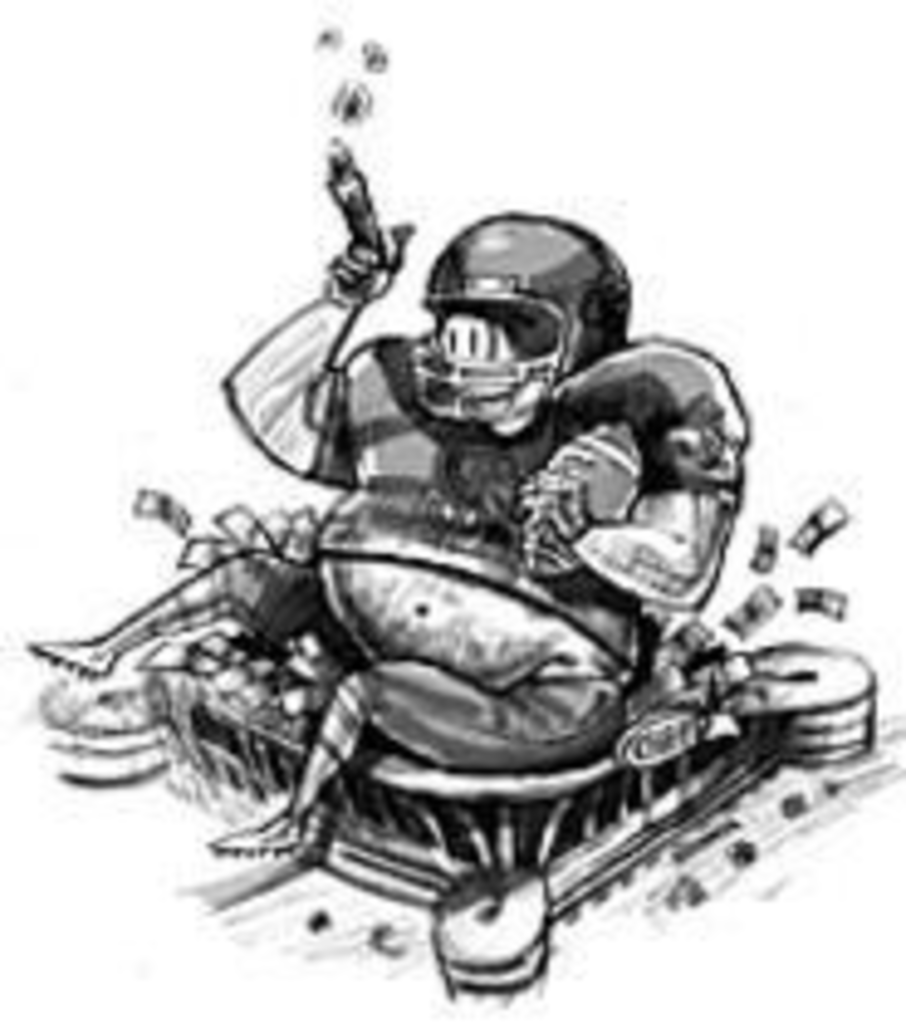 The Kansas City Chiefs say Arrowhead Stadium needs $320 million for renovations, and the team is offering to cover a third of the cost. But thanks to a generous National Football League loan program and other enticements, team owner Lamar Hunt may pay next to nothing for the tricked-out stadium he covets.

A February 18 Kansas City Star story described the Chiefs’ unhappiness with a proposed Jackson County sales-tax increase that would raise $80 million for repairs at the Truman Sports Complex. The idea of a four-year, quarter-cent tax coincided with the Kansas City Royals’ announcement that the team wanted to remain at the sports complex rather than seek a downtown ballpark.

The $80 million would allow the Jackson County Sports Complex Authority to fulfill the terms of the two teams’ leases, which expire in 2014. As it is, the authority risks defaulting on those leases because they specify repairs and upgrades to be made at Arrowhead and Kauffman stadiums, but the money isn’t there.

Chiefs Chairman Jack Steadman, however, called the $80 million sales tax a “Band-Aid” and a “waste of money” in the February 18 Star story. The Chiefs want instead the more lavish renovations promised by Bistate II, which voters rejected last November. The Chiefs complain that Arrowhead does not produce the revenue enjoyed by an increasing number of NFL teams that play in plush stadiums.

Chiefs officials say the team is willing to pay close to a third of the cost to wrap wider, more lucrative concourses around Arrowhead. Bistate II committed the team to pay only about one-fifth of the total.

But as negotiations proceed — “It’s only conceptual right now,” Tom Steadman, the chairman’s son, tells the Pitch — taxpayers should not be lulled into thinking that the Hunt family is digging deep. The NFL runs a loan program that allows owners to halve their out-of-pocket contributions to public-private stadium-financing deals.

The NFL created its G-3 loan program in the 1990s to encourage teams to stay in large metropolitan areas, according to Pat Rishe, an economics professor at Webster University in St. Louis. “The amount the NFL contributes can be as much as 50 percent of what the team invests in the stadium, with the maximum league contribution at $150 million,” Rishe says.

The New England Patriots took out the maximum loan when the franchise built a new stadium in outer Boston. Spurning an offer from Hartford, Connecticut, to build a stadium there, Patriots owner Robert Kraft put a $150 million league loan toward the construction of Gillette Stadium. At $350 million, it was the most expensive privately funded stadium ever built in the country.

Though the league calls them loans, G-3s are really grants — they’re repaid not by the team that builds the new stadium but out of money from the visitors’ share of game-day receipts. Visiting teams forgo a portion of their cut — 34 percent of club-seat revenue — with the understanding that once a stadium is built or renovated, they stand to gain from increased ticket and concession prices throughout the facility.

Rishe says 75 percent of league owners must approve any such deal. About half a dozen NFL teams — including the Green Bay Packers and the Denver Broncos — have taken advantage of the G-3 program.

A G-3 loan is “something that will have to be explored,” Tom Steadman says, sounding like a man who does not wish to reveal the extent of his holdings. “We know about it. We know generally how it works. We have not made any kind of application. There is no guarantee that that’s available.”

NFL teams may be reluctant to discuss G-3 loans for fear their stadium contributions might appear less heroic. But even with the loan, the Chiefs would have a way to go before the team’s pledge of private funding was in line with what has been paid for stadium work in other NFL cities. A 60-40 public-private split is league average.

The Chiefs will resist efforts to bring their end up to 40 percent. Tom Steadman says that in smaller markets like Kansas City, taxpayers tend to pick up a larger share of the tab because the teams draw from a shallower pool of corporate spending.

The Chiefs’ obligation might further decrease with a sale of the stadium’s naming rights, which Jackson County made available to the teams during the Bistate II negotiations. Arrowhead’s naming rights might fetch $2 million annually. “Nothing is spelled out in terms of who gets what yet,” Steadman says.

In exchange for extensive renovations, the Chiefs will sign a new lease, keeping professional football in Kansas City for another generation. Baseball is another matter.

The 12-year, quarter-cent tax that Jack Steadman proposed would not provide enough money for similar improvements to be made at Kauffman Stadium. The current leases call for Kauffman and Arrowhead stadiums to be treated equally, a notion the Chiefs’ proposal ignores. “The tax, it appears to me, would have to be split,” says Jackson County Legislator Scott Burnett.

Steadman acknowledges “certain facets” in the leases. But recent events — the failure of Bistate II, the Royals’ brief dalliance with a downtown park — appear to have encouraged the Chiefs to think selfishly.

“It’s unknown whether the Royals are going to be a part of the renovations or not,” Steadman says.

Major League Baseball, after all, offers nothing like the NFL’s sweet loan program.