Highway to Hip-Hop: Kansas City rapper James Christos and crew pack up the van and hit the road DIY-style 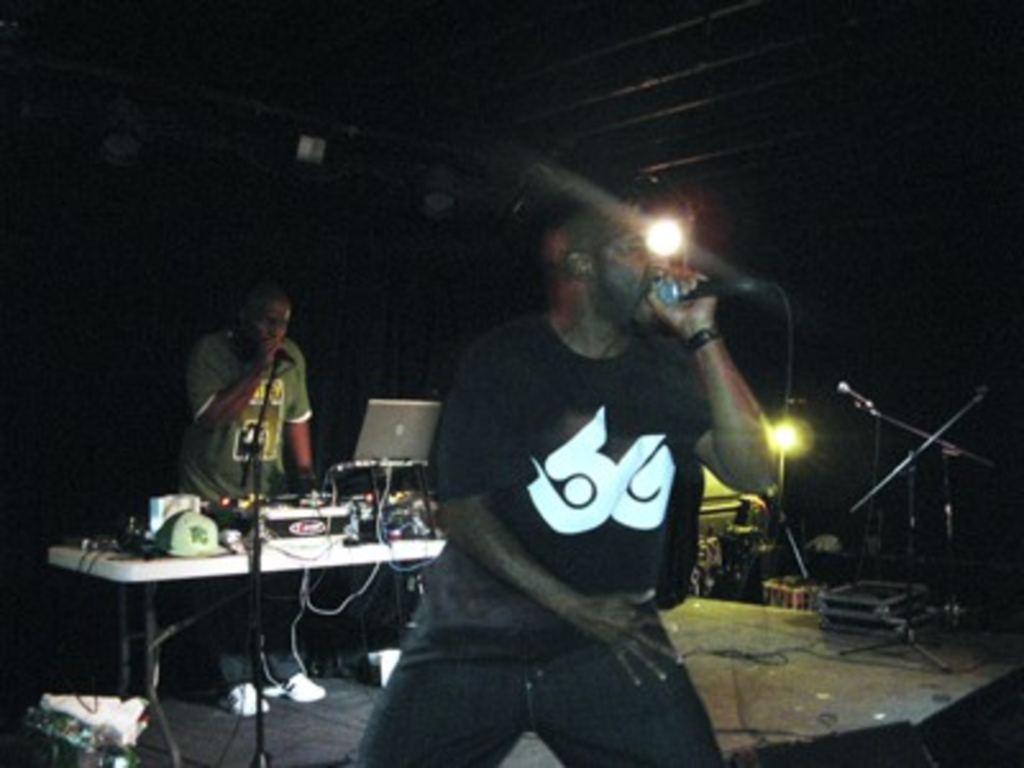 Beef-jerky-fueled, get-in-the-van touring isn’t part of the process for unsigned hip-hop acts. And that’s why underground bomber James Christos is hitting the road.

This Thursday, Christos and compatriots — fellow rappers PL, plus Yung 5koob and Bone Locc of the new Pyrex Kidz, together with DJ Jamel Rockwell — leave for San Jose, California. They’ll head down through the Southwest and Texas, then back to Missouri. Christos calls it the Anarchy Tour.

“I’m basically breaking the rules,” he says. “I’m not doing it how you’re supposed to be doing it in the rap game — put out a single, have crazy spins on it and a viral buzz and 1 million MySpace hits.”

The DIY approach befits Christos. Neither a grill-bearing hardcore rapper nor a sneaker-collecting hip-hop scenester, Christos knows allegiance only to the beat. His main focus is his live show, and he writes songs to match it, like the tranced-out club shuffle “No Words” and the playful, faux-British-accented banger “Punk Rock.”

Last year, the rapper signed a deal with EMI. The label will distribute his singles and upcoming album, The Anarchist, and split publishing rights. A sub-label, Gracie Productions, is helping with promotions.

Christos hardly expects people to turn out in droves. But those who do are in for a treat.

Christos is cool and charismatic, spitting catchy choruses in a way that gives a rock throttling to traditional hip-hop. By contrast, tourmates 5koob and Locc are cut straight from street-level materials, bringing shout-alongs and boundless swagger. PL, meanwhile, is the secret weapon. Clad in a dress shirt and tie, the tall, soulful crooner and rapper brings dry humor and poetic wit. If the Pyrex Kidz are the group’s fratboys, PL is the professor and Christos is the dean.

It will all make for fascinating reading on the Wayward Blog, which Christos and crew will be filing reports throughout the tour.