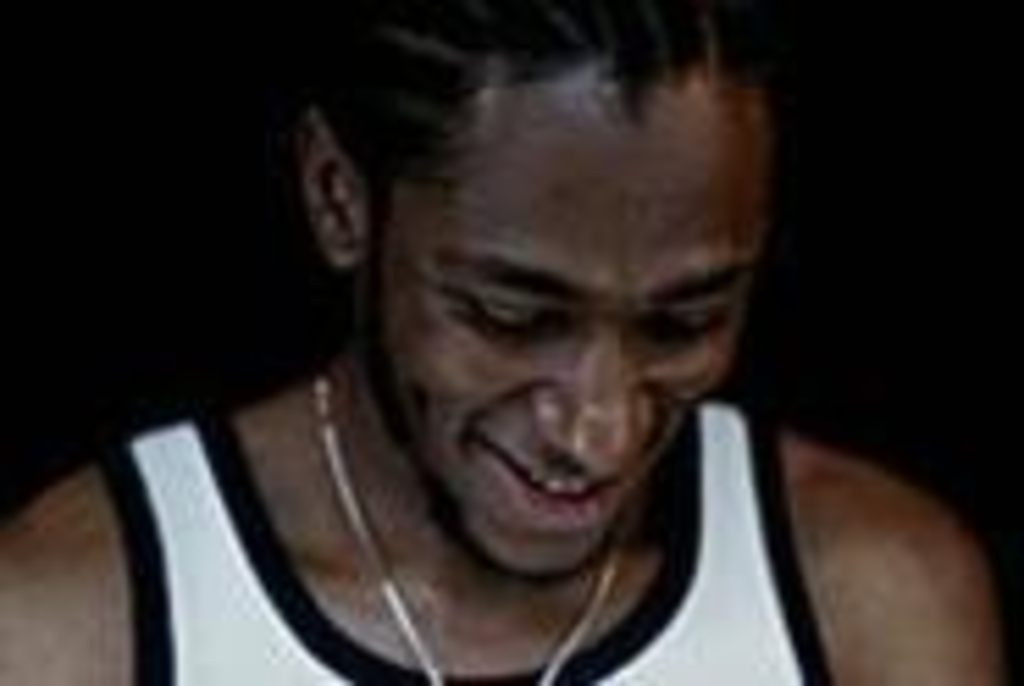 If hip-hop offered vocational training, universities where budding artists could learn the finer points of rhyming, DJing, breakdancing, and creating graffiti, the Lyricist Lounge would rank among the most prestigious institutions. Offering a degree in lyricism, the Lounge offers proven job placement and an influential list of alumni. The late Notorious B.I.G., music mogul Sean “Puffy” Combs, multiplatinum-selling Eminem, critically acclaimed Mos Def and The Roots, and many others all honed their skills in the Lounge under the tutelage of Danny Castro and Anthony Marshall.

High-schoolers at the time, Castro and Marshall started the Lounge in 1991 as an informal gathering of rap connoisseurs. The two hip-hop heads hosted an open-mic session for unsigned MCs, providing a venue for underground wordsmiths to display their skills without compromising their artistic expression.

“Back then, there were no outlets for up-and-coming artists to go and rehearse their skills and get exposure from the public,” says Castro. “This was during a time when hip-hop was dominated by gangsta rap, and a lot of clubs didn’t want to deal with hip-hop because there was a lot of violence associated with it.”

Although the rap nation faced alienation from mainstream clubs, Castro and Marshall had little difficulty securing a spot for their showcases.

“I was going to school with a friend of mine, and his dad was sort of like a mentor to me at the time,” explains the former breakdancer. “He used to sit us down and drill us about becoming entrepreneurs. He ran a not-for-profit organization called the Sound Business Institute, and he would go to different high schools and talk about entrepreneurialism. He was also a musician and he had a rehearsal space at this small studio apartment, so he let us use it to do our jam sessions.”

What started as a small group (fewer than 20 people) of hip-hop fans bound together by their dedication to “keeping it real” has become a vital part of a burgeoning counterculture movement that boasts members worldwide. Attendance now regularly tops a thousand, and the Lounge has moved from cramped quarters in New York’s Lower East Side to plush clubs, such as Manhattan’s upscale Supper Club.

“Things have definitely evolved throughout the years,” Castro says. “We went from a few people to doing tours in venues that hold more than 2,000 people, but we have not compromised our integrity.”

Despite establishing a fiercely independent stance, Castro and Marshall also explore corporate waters. They co-founded Kalodge Projects and launched Open Mic Records with Perry Landesberg in ’98. Castro, Marshall, Landesberg, and Jacob Septimus also formed MIC Media, a multifunction entertainment company. The four have taken the Lyricist Lounge brand name to new avenues, with The Lyricist Lounge Show on MTV providing its most prominent vehicle. However, the franchise first made noise on a national level with 1998’s Open Mic release Lyricist Lounge: Volume One, a double album that captures the atmosphere of the early lounge sessions; rap gods (De La Soul, Common, and Q-Tip) kick it with little-known rookies (Word A’ Mouth, Cipher Complete, and Matrix & Abutta). Hardcore heads relished the CD, but the masses opted to leave what was arguably one of the best releases of the year on the shelf. The CD has sold close to 200,000 units worldwide, a minuscule number compared with the millions of units many megastars with far less creative efforts have managed to move.

The humorous skits and segue babble on the CD eventually inspired The Lyricist Lounge Show, which first aired last year. “One of the MCs, Words, started acting like a teacher, and everyone else started improvising while they were rhyming,” explains Castro. “That’s basically how we came up with the idea for the TV show.” Castro and company pitched the concept to several major networks, including HBO and BET, but no one bit. “No one was getting it,” Castro says. “So finally we pitched it to MTV, and they got it right away. As soon as they saw the videotape that we had made (of the improvised session in the studio), they were really open.”

Despite occasional inspired flashes, The Lyricist Lounge Show proves that sketch comedy remains a complicated art. A-list rappers, such as Snoop Dogg, Mos Def, and Slick Rick, tried their best to mesh with the ensemble cast of novice comedians, and the results were mixed at best. Though a few skits were fairly funny, poor writing and dreadful acting often rendered the show unwatchable.

Castro admits the program needs some fine-tuning. “I’m not completely satisfied with the program,” he says. “There is a lot of touching up we are going to do to it. We are going to make the comedy sketches tighter and funnier with a little more edge.”

Despite its rocky debut, the comedy show hasn’t tarnished the Lounge’s solid reputation in the hip-hop community. Lyricist Lounge: Volume 2, scheduled to hit the streets in November, is already stirring up a sizable buzz, and fans continue to flock to The Lyricist Lounge tour, which Castro hopes will introduce the phenomenon of “true lyricism” to audiences across the country.

“A true lyricist is an artist that is true to their lyrical content and someone that doesn’t follow other people,” defines the hip-hop professor. “A true lyricist writes lyrics from the heart without following any trends or writing what a label tells them to do.”

Many of the highest profile rap stars seem more concerned with achieving chart success than delivering meaningful lyrical content, but Castro disputes the claim that true lyricists are a dying breed. “There are true lyricists from the underground and the mainstream, and in all types of music, not only hip-hop,” he says. “There are definitely plenty of true lyricists out there.” And as long as the Lyricist Lounge keeps its gates open to fresh new recruits, recent graduates should continue to replenish the supply.