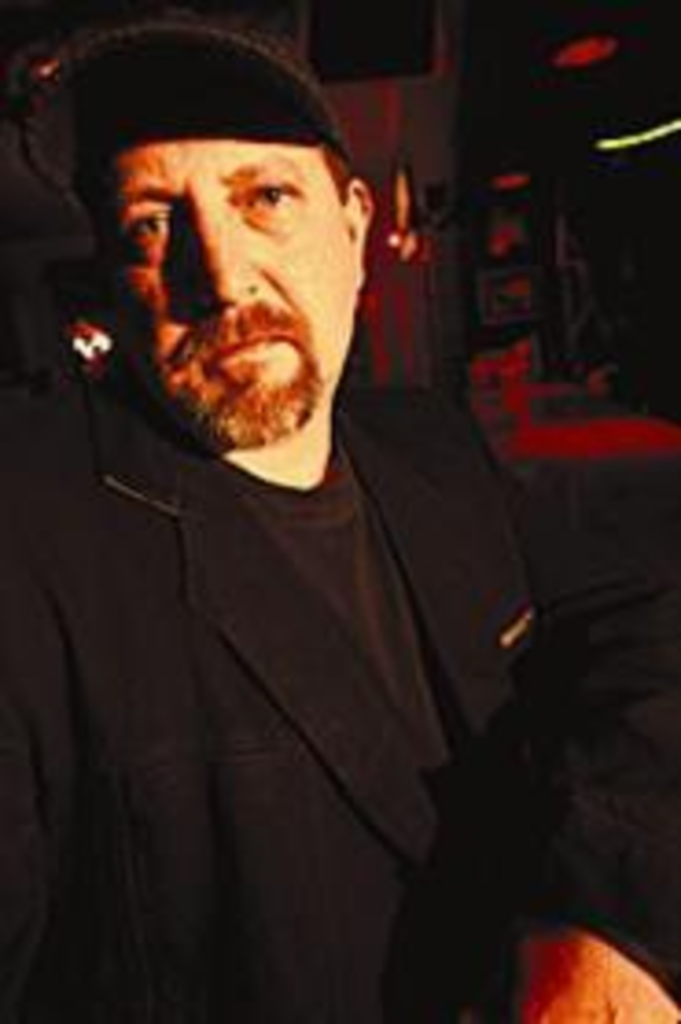 For the past couple of years, Lonesome Bob has usually taken the stage armed with just an acoustic guitar, his stentorian baritone and a slew of courageous songs. By turns pissed and funny and tender, those songs constitute a singularly impressive body of work. Indeed, the Nashville Scene just named Bob the town’s “Best Damn Singer-Songwriter” — and this in a city where it seems nearly half the population is competing for the title.

Perhaps the gutsiest moment in Bob’s recent solo sets, however, has been a jaw-dropping performance of a song he didn’t write: the 1970 Clarence Carter hit “Patches.” Bob is an instantly arresting figure in any situation — he doesn’t quite measure up to the six-foot-six-inches and 285 pounds of Jimmy Dean’s “Big Bad John,” but he comes close. When he stands flat-footed behind a mic and booms forth, in an anguished howl, a father’s dying wish (I’m depending on you, son, to pull the family through) from the perspective of the boy left behind (I felt the whole weight of the world on my shoulders), it’s an image that’s hard to shake.

Rendering this performance all the more gripping is the fact that Bob not long ago lost his son. Remove his new disc, Things Change, from its jewel box, and the late Zachary Chaney (“8/10/79 — 4/14/98”) grins back, big as life. It’s Bob’s need to honor his son the only way possible — acquiring hope amid crushing loss — that has inspired this wrenching collection of songs. Now, backed by a raging band, he’s set to share them with the world.

Things Change, which includes a full-band version of “Patches” as a hidden track, is just Lonesome Bob’s second album, but he’s been at it awhile. He spent much of the ’80s as the drummer in the Ben Vaughan Combo, and he’s been plugging away in Nashville for nearly a decade. His excellent 1997 debut, Things Fall Apart, veered between quiet, country-inflected shuffles and rock and roll at its most relentless. “I don’t do country-rock,” he explains, only half joking. “I do country. Or I do rock.”

The notion that, yes, you can have it both ways is the aesthetic he was raised on. Born Robert Chaney in south New Jersey, across the Delaware from Philadelphia, Bob fell in love with rock and roll via an older sister’s record collection — “I learned to sing shouting along with Elvis,” he says — and was exposed to country music by his electrician father.

“[He] always listened to whatever was the country music of the time, and back when I was first really getting into music, in the late ’60s and early ’70s, that meant George Jones and Merle Haggard,” Bob recalls. “We had the classic Top 40 AM radio stations, the ones that played everything all mixed up together — everything from the Temptations and Philly soul stuff like the Delfonics to San Francisco rock to the Lovin’ Spoonful to Freddy Fender and ‘Okie From Muskogee.’ I was addicted to all that.”

You can hear Waylon Jennings, and even a bit of Elvis, in Bob’s deep, dramatic vocals, and you can pick out the Stones and the Strangers in his band’s twangy, electric arrangements. But it’s his point of view that makes him distinctive — that and his charisma. When he declares on his debut that My mother’s husband is a pretty good guy/They were lovers since before my daddy died, he hones in on the unpredictable turns that life inevitably takes. On that album’s “What Went Wrong” and “Heaven’s Gate” — a pair of songs that find him as interested in self-growth, metaphysics and politics as he is leery of self-help gimmickry, organized religion and politicians — Bob comes off like a latter-day Joe South. Think of “Games People Play” or “Walk a Mile in My Shoes,” except with a withering sense of humor and much louder guitars. As The Scene phrased it, Bob could be “writing for both The Onion and The Nation.”

Yet what makes Lonesome Bob special is also what keeps him out of step with the mainstream Nashville music industry and the radio stations it serves. “My songs aren’t trying to make a woman between nineteen and forty years of age feel happy,” he observes. “They’re not trying to make anyone feel better about themselves.” Even his new album’s “Heather’s All Bummed Out,” which addresses the circumscribed dreams of that precise demographic (She’s got her cubicle decorated with pictures of Harrison Ford, it begins. Right next to her fiancé/Sometimes a girl gets bored) is likely too downbeat to break the Nashville gridlock.

“Somebody down here said they needed ballads, and [a songwriter friend] of mine thought, ‘Oh sure, I have ballads,’ Bob explains. “But when he turned them in, they looked at him like he was crazy. They said, ‘No, no, no, you don’t understand. A ballad is a sloooow song that a man is going to sing to a woman, and it has to say, “I’m in love with you for all time,” and that’s all it can say, over and over for three and a half minutes. That is the definition of a ballad.’ Besides teen-age pickup truck songs, that’s about all country radio will allow men these days. The women have more options — they get to be sassy — because the target demographic is women and sassy songs make them feel better.”

Struggling to make sense of his son’s death, Bob’s new recordings are definitely not sassy. That’s particularly true of “Where Are You Tonight?” a nightmare of a song that finds Bob screaming at the universe like King Lear in a thunderstorm. “I don’t play that one live,” Bob admits. “It’s not a song I want to relive every day.” Nearly as harrowing is his anesthetized performance on “Dying Breed,” cowritten by Butch Primm and Bob’s frequent collaborator Allison Moorer, who provides acidic harmony throughout the new album. In the song, Bob chugs a pint of whiskey, pops a couple of pills, and gives up: No one grows old in this household/We are a dying breed.

Then again, as Bob stresses on the album’s title track, things can and will change. That simple phrase bears so much pain and offers so much hope. This complexity is best captured on the simmering country-soul of “In the Time That I Have Left,” where Bob looks life’s harshest limits square in the eye and vows to go on anyway. It’s not a song that’s likely to make you feel better. But it is one that challenges you to feel more completely, more intensely and deliberately. To admit, as Bob does here, and as any honest human must, that there’s something wanting in the [person] I’ve become, is to initiate a painful examination of our culpability in the way things change, and of our helplessness.

Forever is an abstract, painted on a lie, he sings. We say it when we marry, we say it when we die … But in the time that I have left, I will love you every day. As if to ensure that he never loses his resolve, Bob repeats those last two words, slowly, 27 times.